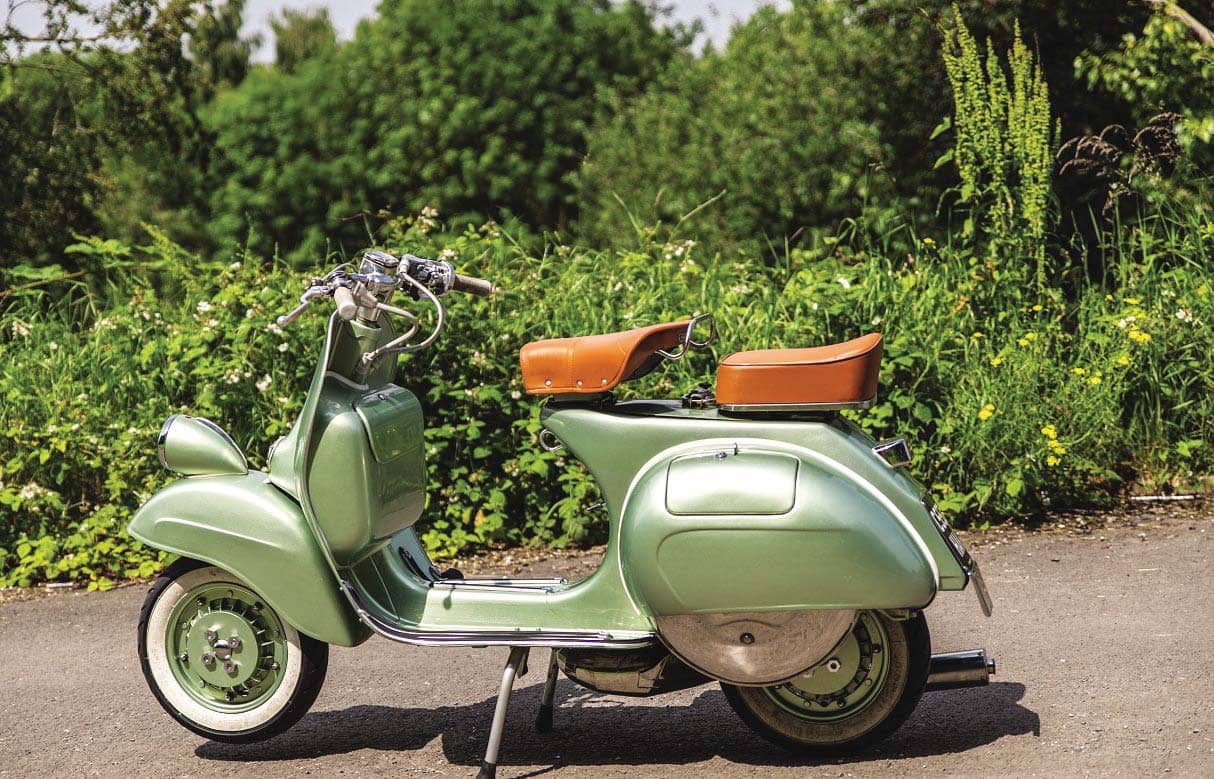 Not being able to afford his dream scooter wasn’t going to stop Graham Rhodes owning it. He just built his own.

Graham told us: “I’ve had scooters for years, but somehow the Faro Basso had completely escaped me. A couple of years ago I stumbled across a photograph and instantly fell in love. There was something about its lines, the naked handlebars and, of course, the mudguard mounted headlight which really appealed.” Working in engineering, Graham’s more than capable of taking on a rebuild and with a Basso in his sights the trawl for a suitable project began. “The prices were eyewatering,” he laughed. “There was no way I could justify the cost of even a rough specimen and as my knowledge of the type increased, the more I realised how different it was to the PXs I’d worked on.”

At this point most people would have given up on their dream, but Graham’s made of sterner stuff. Whilst trawling the internet in the search for an original machine, he realised that there were a host of reproduction parts that could be used to convert a PX, and the cogs in his mind began to turn. “The starting point was sourcing a suitable frame,” he explained. “The look meant no indicators and that meant finding a frame from before August 1, 1986, as after that date it’s illegal to remove factory-fitted indicators. Fortunately, a 1985 frame fell into my hands and the project was on!”