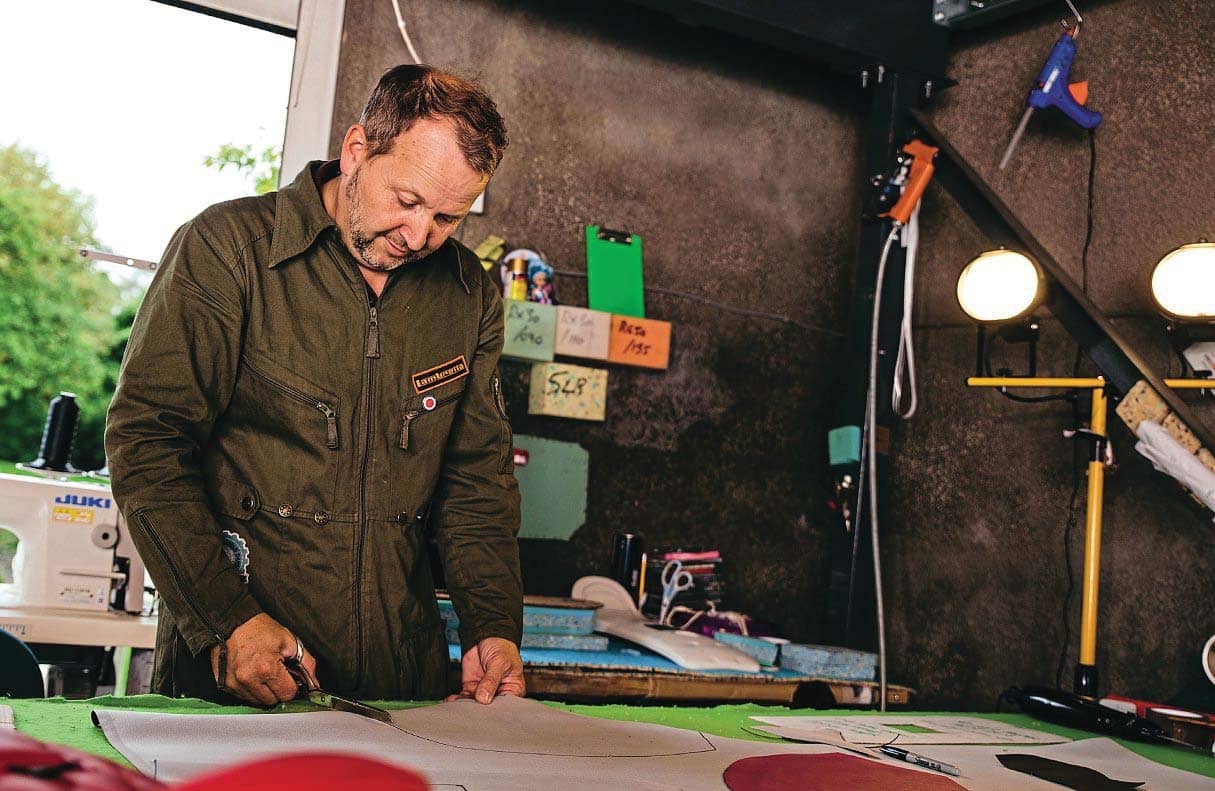 Scoots and Soul are relatively new kids on the block in the great scheme of things. They are what could accurately be described as specialist dealers manufacturing in-house, handmade Lambretta seats, with comfort as a priority.

Both partners in the venture, Johnny and Jane Cambridge, are veterans of the scooter scene both here and in France. Johnny, an 80s scooterboy, rode with Drunk and Disorderly SC and was also number one in Ratshaggers SC. Jane was an active rally-going member of Innocents SC. In more recent times they have also been involved in a scooter rally in Southern France, at the invitation of French scooterist, Manu, who runs a local scooter club there. They also share a passion for Soul and Northern Soul music, especially Bobby Womack. Johnny has had a reputation for many decades as a top Northern Soul dancer, as well as being an occasional DJ for more years than he cares to remember. A mutual appreciation of Bobby Womack saw Johnny and Jane collaborating on the show-winning custom Series 1 Lambretta, ‘So Many Sides Of You', a feature scooter (2018) in this very magazine. After deciding to embark on a new venture, combining their twin passions of scooters and Soul music, the name for their enterprise was settled on. Scoots and Soul was born. 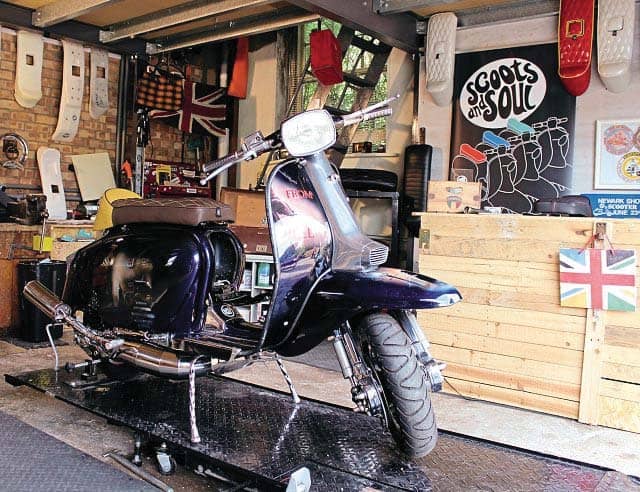 One area where upgrades have been thin on the ground for classic scooters is the seat. All manner of improvements to suspension, braking, as well as in the engine and power output department have evolved for as long as scooters have been made. Yet there hasn't been anything of any real note (bespoke one-offs excepted) offering a seat that is comfortable after more than a mere handful of miles. Genuine Lambretta seats, along with the likes of Ken Cobbing and later Two-Four, aftermarket standard seats were never all that. Likewise, the race-track inspired aftermarket seats such as Ancillotti and Snetterton seats, or copies of them, visually look decent, but provide little in the way of functionality. A numb bum, aching lower back and other pains and strains, after all but the shortest journey, have been pretty much de rigueur with Lammy seats. Given the number of miles some scooterists, rally-goers and scooter holidaying tourists clock up, a userfriendly seat ought to be a must-have requirement. After eight to nine months of midnight oil burning developing a range of handmade seats for Lambrettas, Scoots and Soul have launched their inaugural range of top-quality, handmade seats that have comfort for the rider and passenger in mind. The current range and availability can be viewed online via their website. 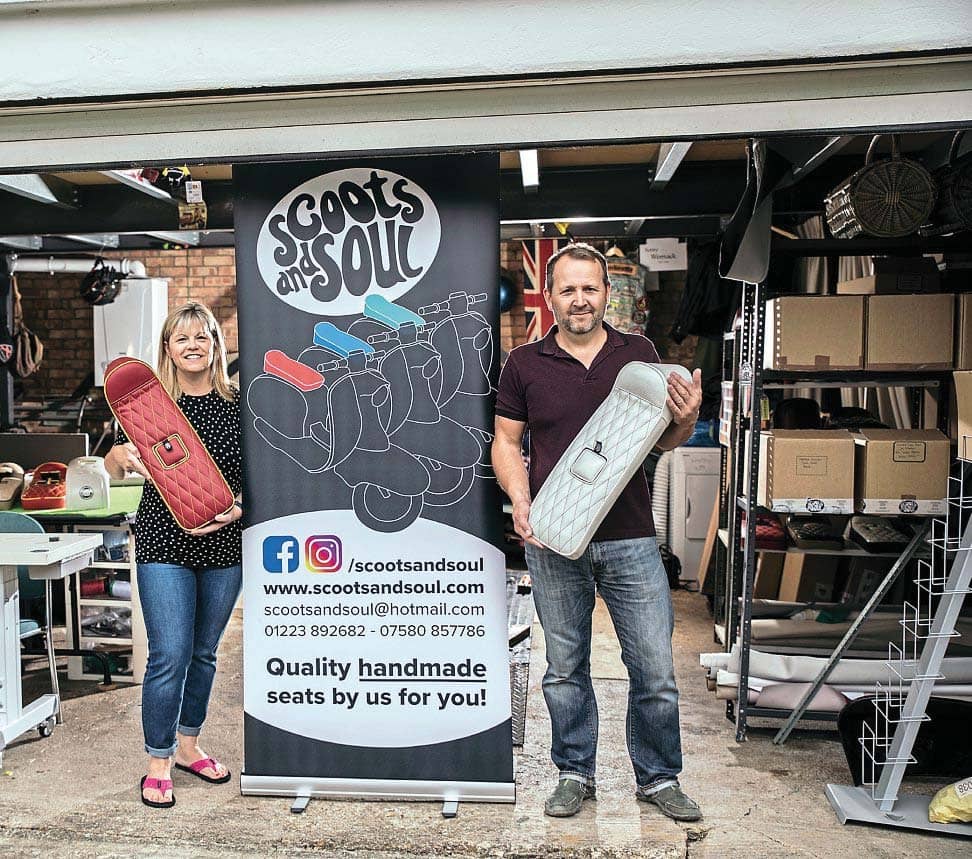