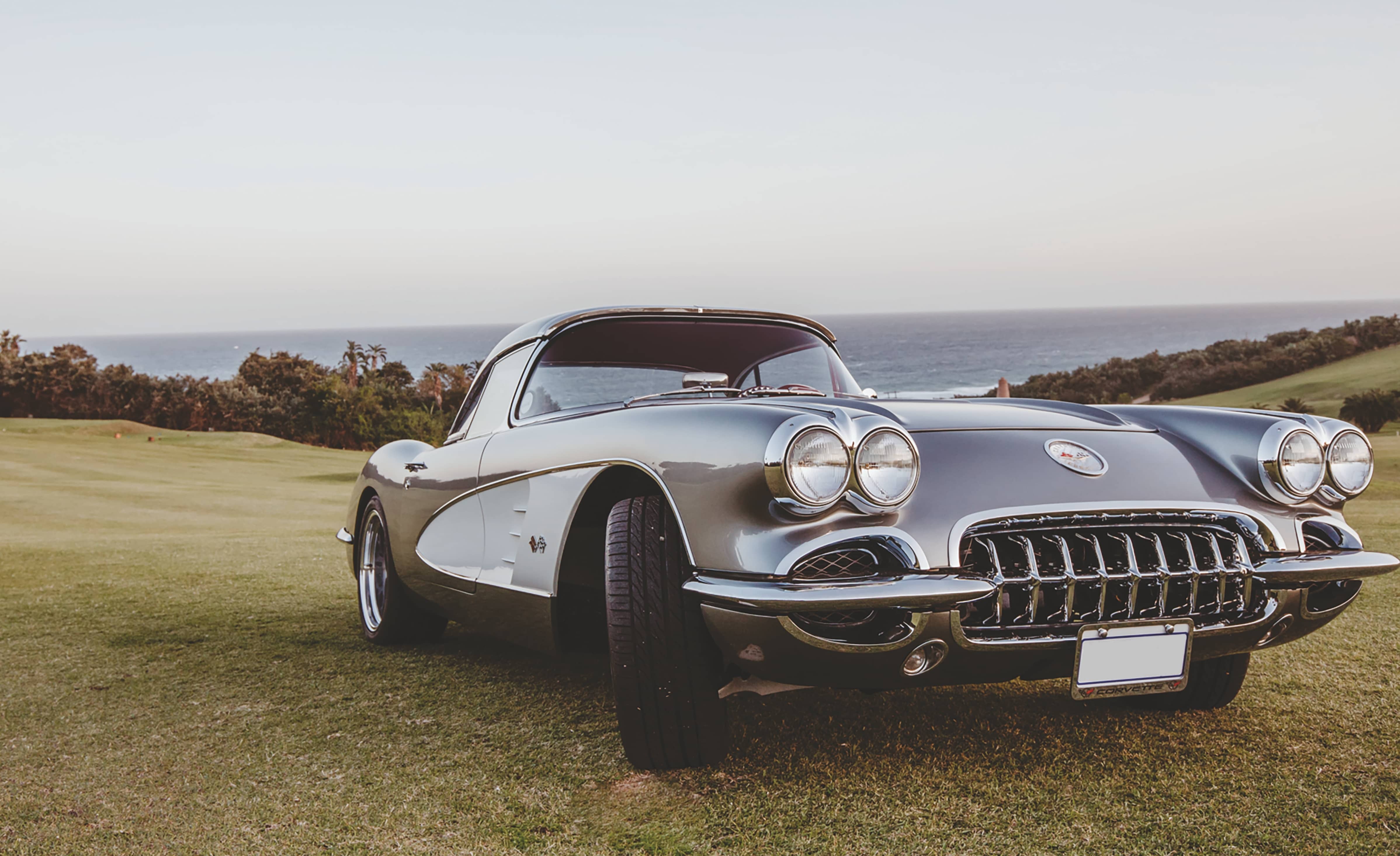 Richard has always had a fondness with regards to building cars.

His first build was a ’56 F100 which he completed at the tender age of 18. This ’58 Corvette is also one of his dream cars. He found this project in Oregon, the USA after 2 years of searching on EBay.

The body of the car was in very bad condition at it was originally a drag car. As the body was fiberglass, rust was no issue. The chassis was the only part that had to be sandblasted by Pro Strip Media & Powder Coating in Mesa, Arizona. The bodywork took about 4 months to finish.

Richard imported rear fenders and an Ecklers front clip. The reason for this was that the new rear fenders were widened by 2”. Once the parts arrived it was on to Walter from Strawberry, Arizona for the bodywork. The Independent rear had to be narrowed to facilitate the deep dish on the rear wheels.