The first of the gang 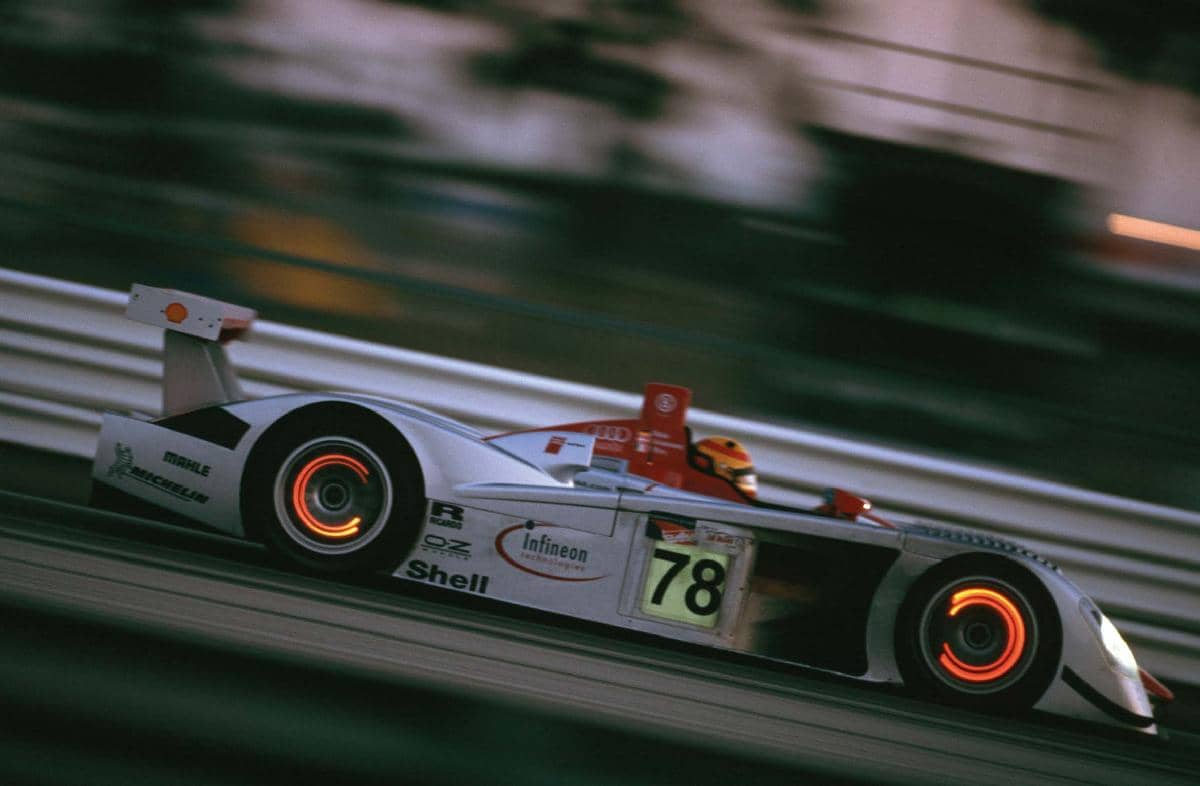 It has been 20 years since Audi first won the Le Mans 24 Hours with its now iconic R8, but the development phase of the car was anything but easy

Audi’s R8 Le Mans Prototype set a new standard in endurance racing. The car won for the first time at Sebring in 2000, and that year went on to record the first of five wins at Le Mans. The legend grew with every race. Tom Kristensen, Emanuele Pirro and Frank Biela won Le Mans three times together between 2000 and 2002, Audi drivers won the American Le Mans Series every year from 2000 to 2005 for Audi Sport North America, Team Joest and Champion Racing, and the European Le Mans Series for Apex Motorsport. The car looked unbeatable.

The R8 firmly established Audi in endurance racing at a time when the sport needed the stability. From 1999, when six manufacturers competed, just three continued in 2000 including Cadillac, Chrysler through its Mopar brand and Audi. BMW continued in private hands, but it was a shock to the system after the drama and excitement of 1999. 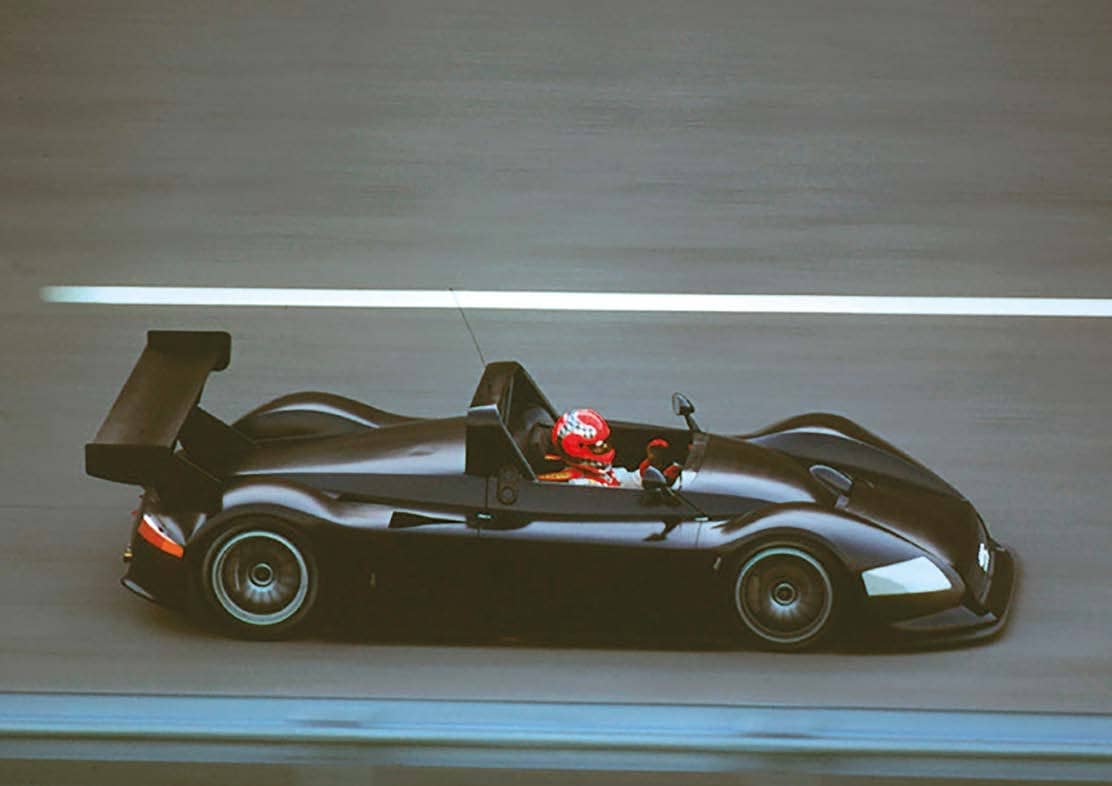 Audi had contested the 1999 race and was relieved to come out of it with a podium on its first visit to Le Mans. The brand had arrived in endurance racing to great fanfare in December 1998 with a presentation of a prototype in Berlin that bore more resemblance to its future production cars than the cars that actually raced.

The R8 was Audi’s first ever attempt at a fully fledged prototype, having previously only ever developed racecars from production ’shells and the 3.6-litre V8 was the manufacturer’s first dedicated race engine since the 1930s.

As it was all new, there was a steep learning curve for the Ingolstadt team of designers and engineers before the start of one of the most successful Sportscar racing programmes ever.

Audi had flirted with the idea of running a GT1 car at the height of the FIA GT Championship when Porsche, Mercedes and BMW (through McLaren) were contesting this new global series in 1997. However, despite a presentation from Richard Lloyd with a complete car design, the decision was taken by Audi management to instead go to prototype racing at Le Mans with an all-new, carbon fibre tub car designed in-house at Audi Sport. 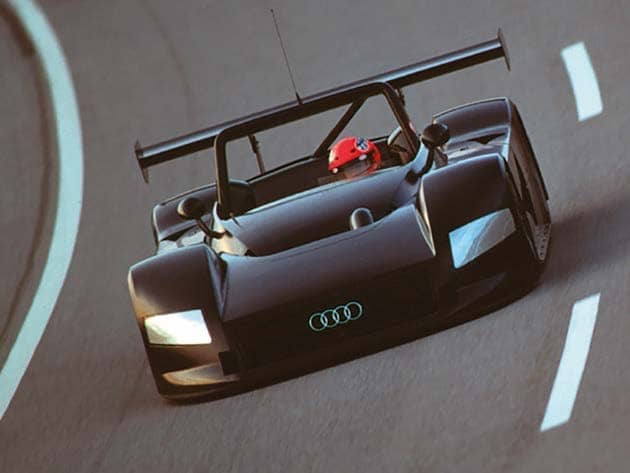 Audi knew that it needed to take short cuts to the top and buy in experience. The appointment of Team Joest was logical. The team had won Le Mans in 1984 and 1985 with the privateer Porsche 956, and again in 1996 and 1997 with the Porsche WSC. The team was available to take on the project to win Le Mans with Audi and had the expertise the manufacturer needed.

However, the first prototype was due to be delivered in 1998, and Audi management had reservations that this deadline would be achieved. Audi bought a factory in Norfolk, England that had the facilities required to build a prototype, and the decision was taken to spread the bet and build two versions of the R8. 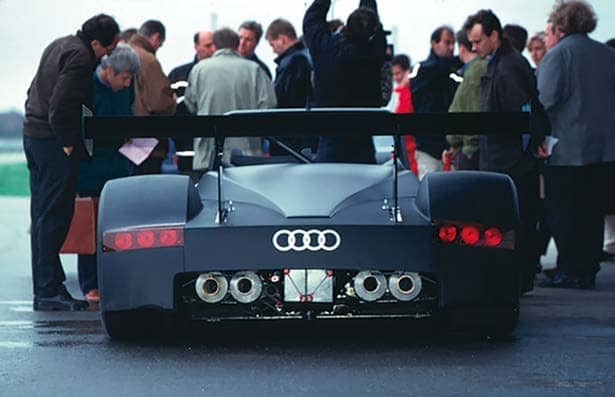 Racing Technology Norfolk (rtn) was an early version of Toyota’s TMG facility in Cologne and Toyota Team TOM’s had run out of this factory for years before Audi acquired it. However, the R8R programme was nine months into a diffiult development programme when Audi bought the facility so there was no option to switch the programme to the UK factory. Instead, when Dr Franz-Josef Paefgen, chairman of the Board of Management of Audi AG, aired concerns about the German team delivering on time, rtn was commissioned to develop a closed car, the R8C, alongside the German open-top prototype.

‘It was the first time this group of people [in Audi Sport] made a prototype from zero,’ admits Wolfgang Ullrich, then head of Audi Motorsport, of the R8R programme. ‘ [Chief designer] Wolfgang Appel had done a lot of different things before, but nothing like this.

‘There was competition, and at the end we made both concepts. The R8R was a concept we started first, and then we said okay, by the rule book maybe you are better with a closed car.

‘When the game started with Le Mans, I had a group of people that, up until then, had always been taking a raw bodywork from the production line to make a racecar out of it. They had never before done a white sheet of paper, or monocoque design.

‘Dr Paefgen thought maybe [we wouldn’t be able to] make it, and I announced very loudly in Berlin that we were there to win it in the first year! To which he said, “We should take experienced people from England.”’