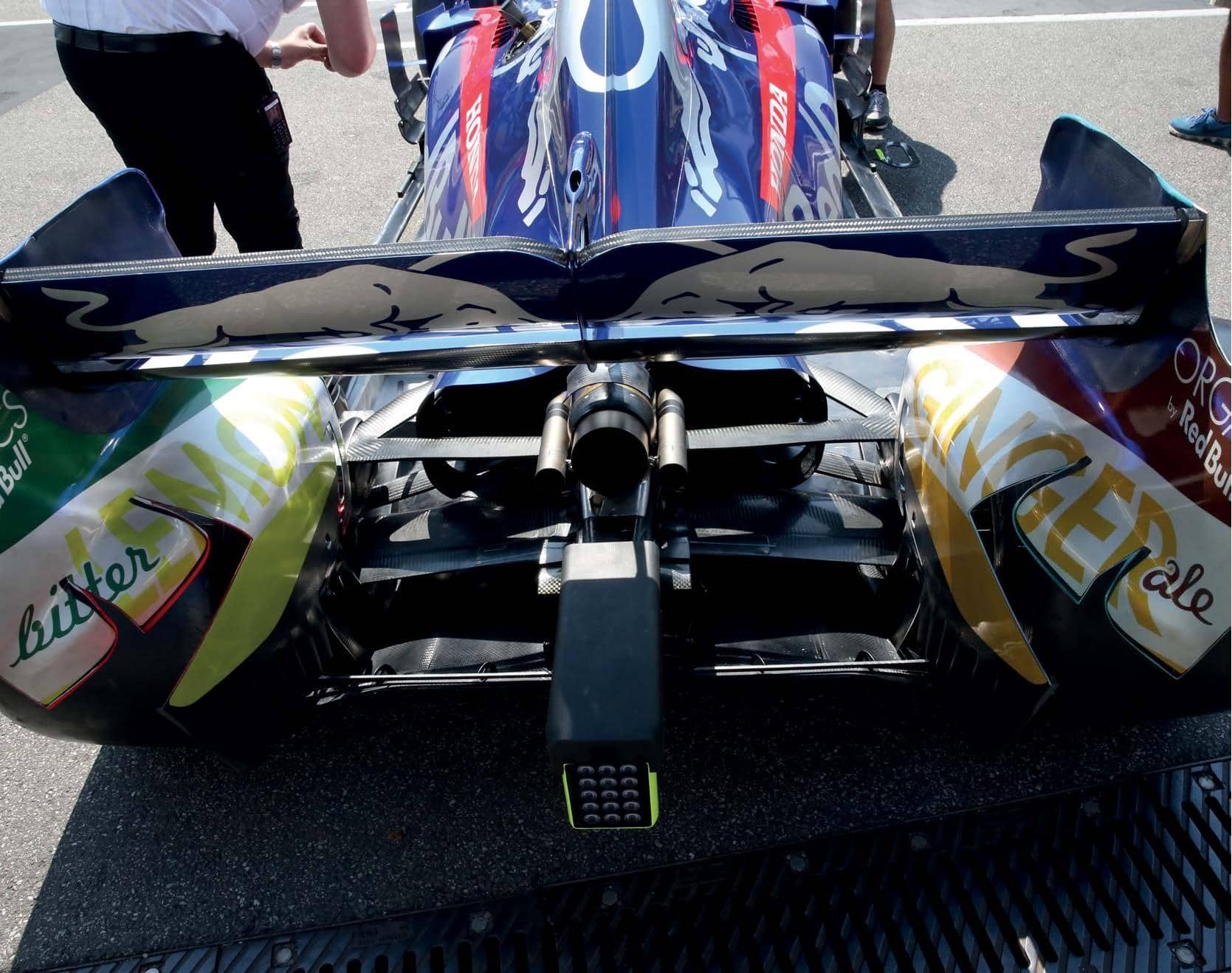 Modern Formula 1 exhaust systems are about so much more than simply expelling gases, but to achieve the complex geometries required for them to work at their very best the F1 teams need to use a fair bit of compromise and a great deal of red-hot technology

The primary function of any exhaust system is to release the exhaust gases from the engine out into the atmosphere. However, in modern Formula 1 they also have a whole host of other functions, including optimising engine, aerodynamic and turbocharger performance.

The journey of the exhaust gases begins once the fuel and air mixture has combusted during the power stroke of the combustion cycle. After this the piston moves back up the cylinder completing the exhaust stroke, where the exhaust valve opens and the burnt gases are expelled from an area of high pressure in the cylinder to low pressure in the exhaust pipe. At the same time, the inlet valve is also open, allowing fresh charge into the cylinder. This point in the cycle is called ‘valve overlap’. 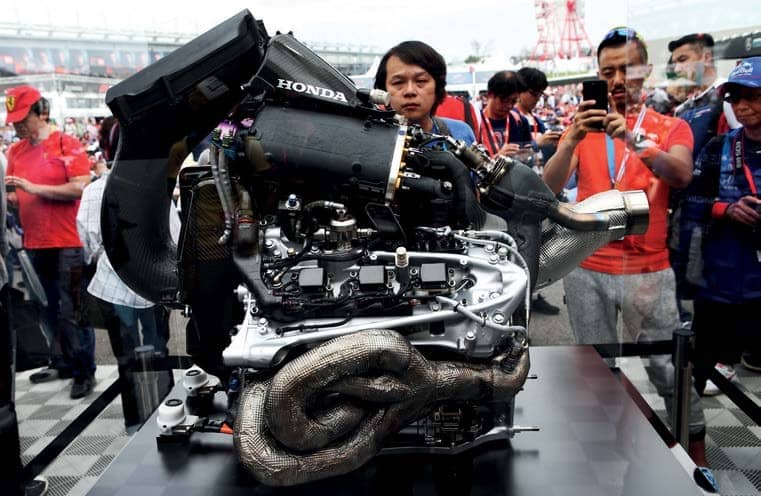 Once the gases leave the combustion chamber, they travel into a set of primaries, or headers, which are usually of equal length, to ensure that no cylinder is overworking. There is one primary for each cylinder which is connected via a specialised flange to suit the specific geometry of the cylinder head. The three primaries coming from each bank of the engine then join together in a three-to-one primary collector. After which, two secondary pipes then go into the turbo. Depending on the engine manufacturer, the primaries, collector, and secondaries can either be all one-piece and integrated into the turbocharger, or separate pieces. 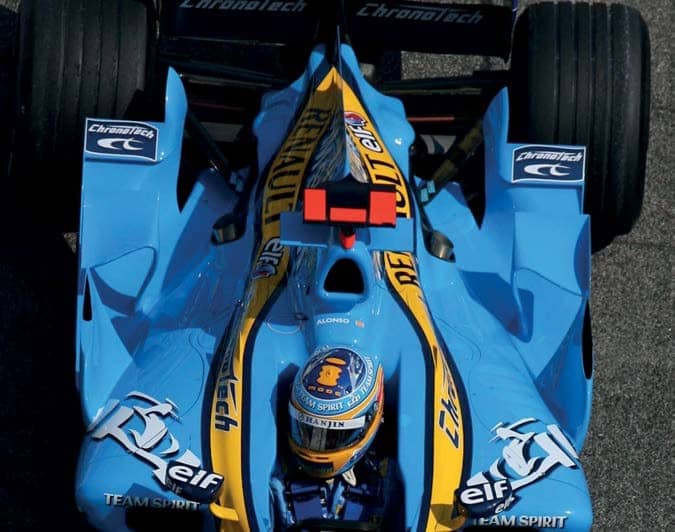 Despite the concept of an exhaust system appearing relatively simple, there is an entire science behind parameters such as pipe length, diameter, and layout which can be manipulated to tune the torque and power band of the engine. Then there is the packaging, the tighter you can get your exhaust system, the tighter you can also make your bodywork, which is good for aerodynamics. But with exhaust gases reaching temperatures of 1000degC and the pipes less than a millimetre away from surrounding bodywork and other components, developing insulation and thermal coatings that can survive this brutal environment has led to some fascinating innovations.

Overall, an effective exhaust design is one which strikes the perfect balance between exploiting engine and turbocharger performance within the smallest package possible, without damaging the surrounding components. But F1 exhaust designers have even more factors to consider.

‘When you are laying out the car the [first requirement is the] compressor output position [which] is defined by the power unit so there is a discussion there on engine architecture,’ says Jody Egginton, technical director at Toro Rosso. ‘Then there is the S-bend which goes from the compressor to the tailpipe and you need to make sure that you’ve got a geometry that optimises performance so there’s a chunk of CFD work involved there. The geometry is never perfect, because the perfect geometry is straight, which is impossible. Then you need to consider the tailpipe diameter which needs to be within the legality box as well as how that [flow] interacts with the rear wing pylon. Again you want a nice clear path but the aero guys want minimum blockage through the engine cover so you don’t want to have to move the flow around wishbones because aero is king, so you’re trying to find the best tailpipe position and how to best orientate the wastegates.

‘It’s a mixture of suspension design, packaging and power unit performance but the overall view is aero and the best overall package,’ Egginton adds. ‘If you had a straight tailpipe which is good from a power unit performance perspective, but you have a ridiculous hole in the back of the engine cover and the flow around the rear wing pylons is horrible with flow separation, then you wouldn’t do that. It’s all about the global car performance.’ 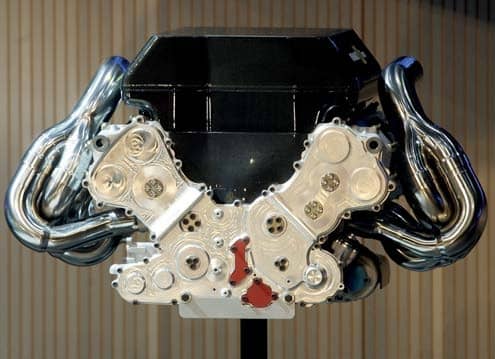 The ideal design for an exhaust system is to have the straightest and shortest pipe possible from the engine to the rear of the car. Straighter pipes minimise flow losses, as the flow does not need to be turned around bends or complex geometries. Shorter pipes can also help to scavenge the gases out of the cylinder more effectively and as engine RPMs have increased, Formula 1 teams have continued to shorten their exhaust pipes. This is because the faster the engine, the shorter the time between the opening of the valves and so the quicker you want the pressure waves to get back from the end of the exhaust to the cylinder to draw out the exhaust gases. However, to achieve maximum torque at low RPM, and with modern power units now incorporating turbochargers, longer pipes are required. The key, as ever in Formula 1, is finding the best compromise.

Back in the early 2000s during the V8 and even the V10 era, the exhaust system was completely different to what is raced today. Not only were the exhausts much shorter, as they did not need to route to a turbocharger, but they were more compact and therefore packaged into the rear of the sidepods. Consequently, the exits stuck out of the bodywork on either side of the engine cover, rearwards of the driver, but before the rear tyres. For naturally aspirated engines it is more critical for the primary pipes to be of equal length because as the piston pumps out the exhaust gases during the exhaust stroke, effectively the other cylinders have to use some of their power to help drive this piston. But a turbocharged engine, particularly one which is assisted by an electrical motor to reduce turbo lag, can reduce the overall power losses in the engine because the turbo effectively acts as a pump, helping to draw out the exhaust gases from the cylinder. 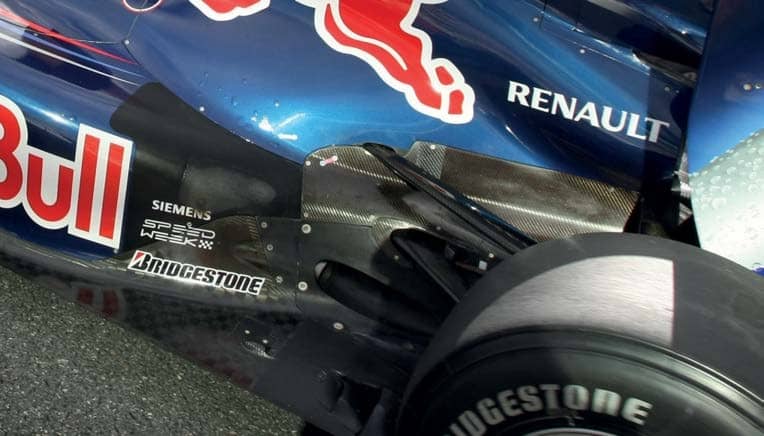