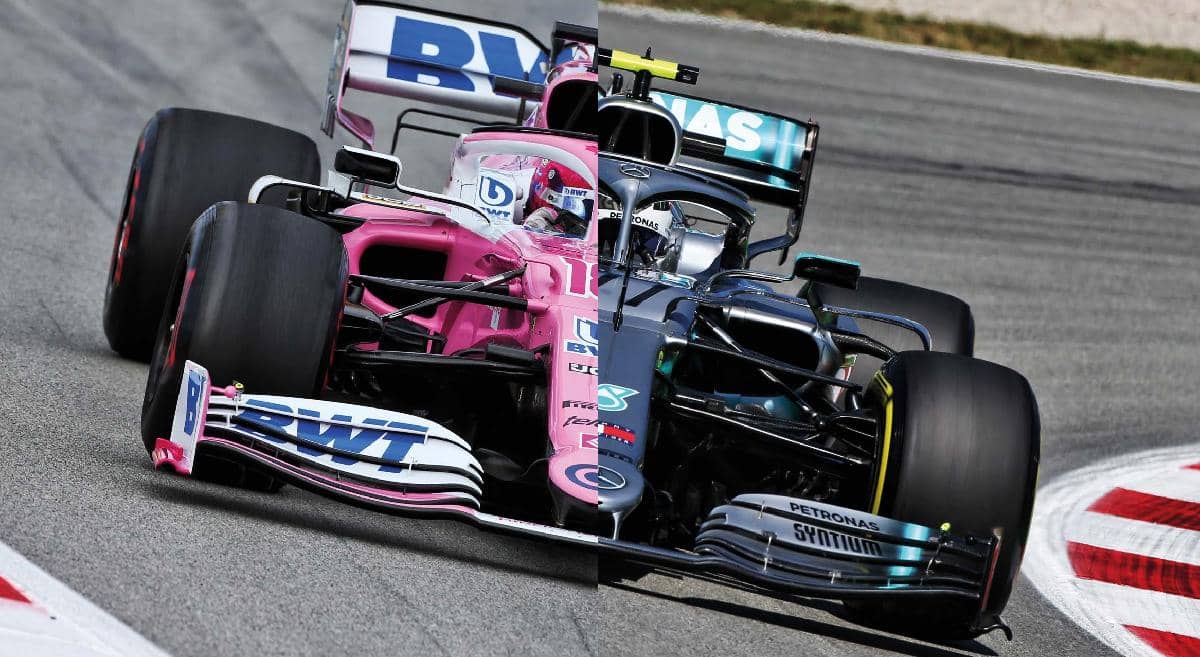 One of the major technical talking points of the 2020 grid has been Racing Point’s so-called ‘Pink Mercedes’. The team’s RP20 model was attributed this nickname at preseason testing because it appeared to be the doppelganger of last year’s Mercedes W10. But surely copying another team’s concept requires minimal expertise, and is therefore of little interest to Racecar Engineering? Not quite: The transformation from Racing Point’s traditional car concept to that of the more modern Mercedes-esque solution marks the team’s biggest engineering challenge to date.

The Silverstone-based team has been through many iterations. Starting off as Jordan Grand Prix in 1991, the team was then sold to Midland in 2005. Racing one year under the Jordan name and another as MF1 Racing, it then became Spyker in 2007, followed by Force India in 2008 and then Racing Point 10 years later.

Often regarded as the underdogs of the pit lane, the team became renowned as the most ‘efficient’ in F1, scoring the highest number of points per pound spent in 2015 and 2016 when it finished fourth in the Constructors’ Championship. However, since dodging administration in the summer of 2018, the team has struggled to recapture its former success, finishing seventh in the Constructors’ Championship in the last two seasons.

‘We have tried many avenues with the old [car] concept to try and make an inroad into the Achilles heel that has dogged the cars for the last few years,’ reveals Andrew Green, technical director at Racing Point.

‘The drivers have been feeding back, race after race, year after year, the same comments that we weren’t really making big inroads into the characteristic they kept complaining about.

‘When we saw how the RP19 was developing, it wasn’t making the gains we were hoping for. It became clear that if we carried on the route we were going we would end up, at best, where we finished the championship last year. Our progress wasn’t strong enough to move forward and that just wasn’t acceptable. So, it was time to try something new, to take a risk and I think we’ve taken a very, very big risk with what we’ve done with this car.’

The concept Racing Point has been chasing over the last few years has been the high-rake philosophy, which the likes of Red Bull Racing has unquestionably mastered under the technical leadership of Adrian Newey. By raising the rear end, not only does the centre of gravity increase, but so does the natural effect of the diffuser. Furthermore, by running the front wing lower, front lift can be generated without taking too much energy out of the airflow, leaving more energy for the rear end to extract. These two factors combined lead to the underfloor producing higher downforce when compared to a low-rake car with the same floor area.

High-rake cars also run steeper wing angles to maximise lift but, of course, this increases frontal area and therefore also has the effect of increasing drag. Low-rake cars, on the other hand, usually have less drag penalties but often need to have a longer underfloor (and therefore a longer wheelbase) to produce the same amount of downforce. This generally leads to a slightly heavier car, leaving less ballast available for the team to tune weight distribution with.

Overall, there are pros and cons to both high and low-rake philosophies. The trick is to pick one or other and stick to it throughout the whole of the car’s development cycle.

‘We set off on this route many years ago, along with a few other [teams], who reverted from a lower rake car to a much higher, Red Bull rake-type car,’ says Green. ‘You build up years of data and information about what’s good and what’s bad and which direction to go.

‘But eventually, for us, it was starting to peter out and it was a question really of should we just carry on, or should we stop and try something new? If so, it is a case of throwing almost everything you know out the window and starting again. It is as close to a clean sheet of paper as you can get.’ 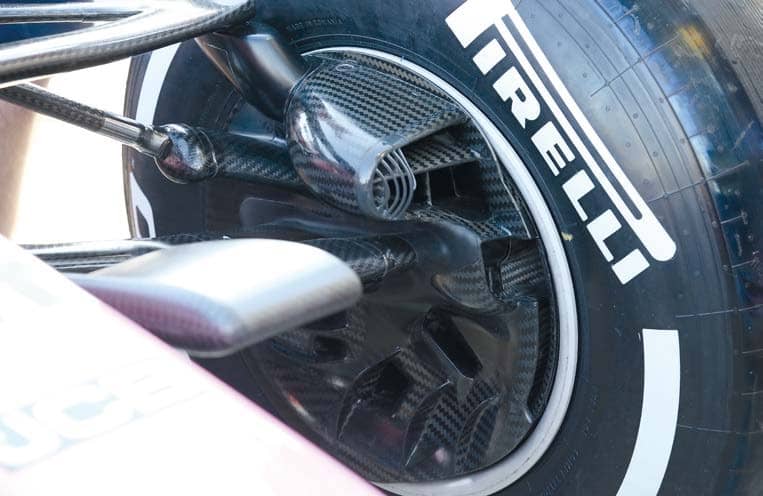