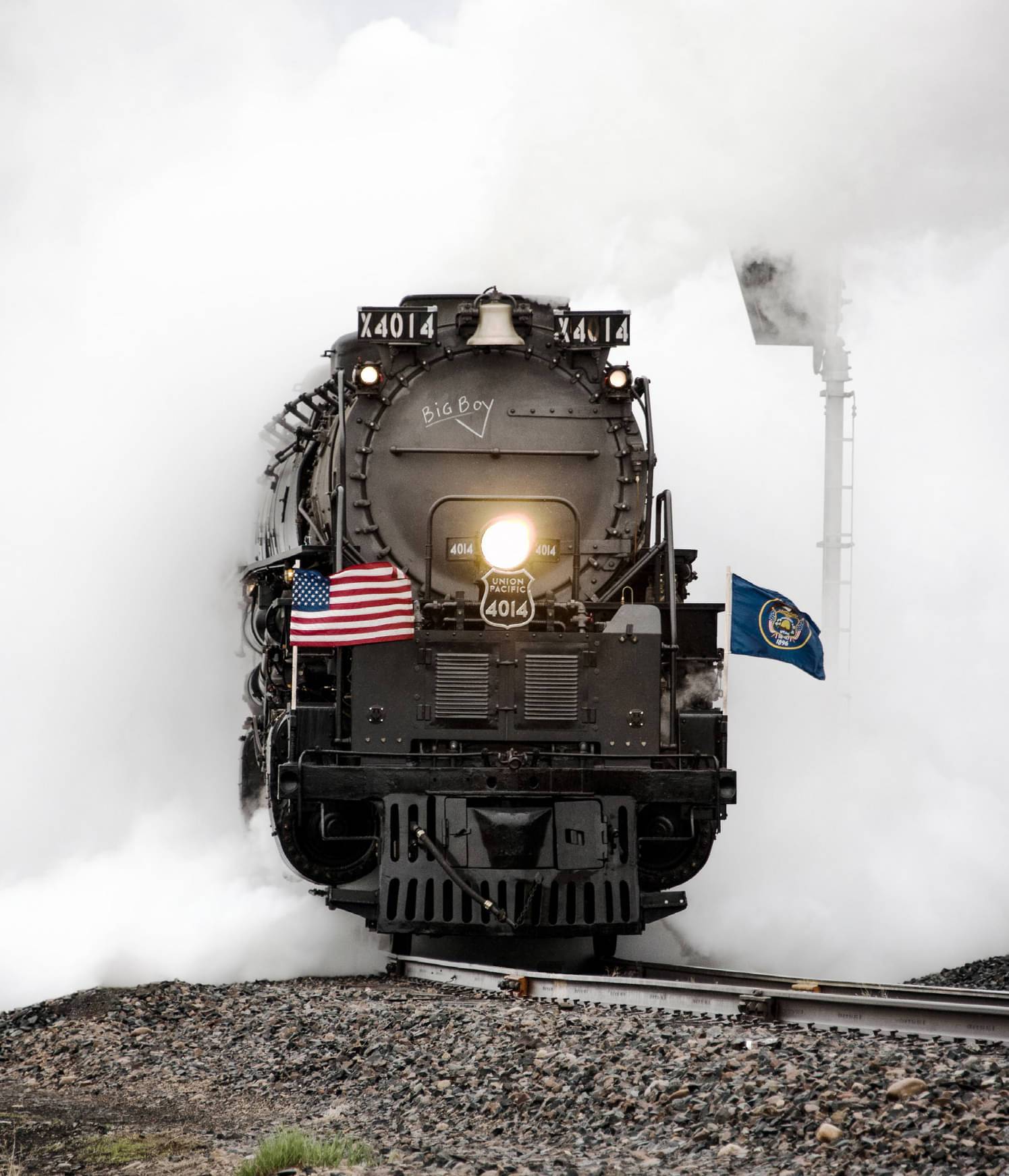 Tom Bentley
THE STEAM-DRIVEN locomotive might seem like a relic of bygone days. But tell that to the people who cheered as Union Pacific’s Big Boy 4014— the largest operational steam locomotive ever—pulled into Ogden, Utah. Its arrival last spring marked the 150-year anniversary of the completion of the first transcontinental railroad.

Big Boy’s roaring up the ceremonial rails seemed improbable, considering that all eight existing units of the Big Boy–class steam engines had been decommissioned long ago. The 4014, built in 1941, went to bed in 1961, and spent the next 52 years resting at RailGiants Train Museum in Pomona, California.

At 132 feet long, the Big Boys’ frames had to be hinged so they could navigate curves. They weighed 1.2 million pounds, meaning any long-term forward motion necessitated that their 56,000-pound coal capacity and their 24,000-gallon water capacity be full to push those massive pistons with steam.

Its girth requires a 4-8-8-4 wheel configuration to keep it rock-steady on the rails. With a puny 7,000 horsepower, Big Boys had a maximum tractive power of 135,375 pounds, all to pull huge loads of freight across steep grades in Utah’s Wasatch Mountains and the Rockies.