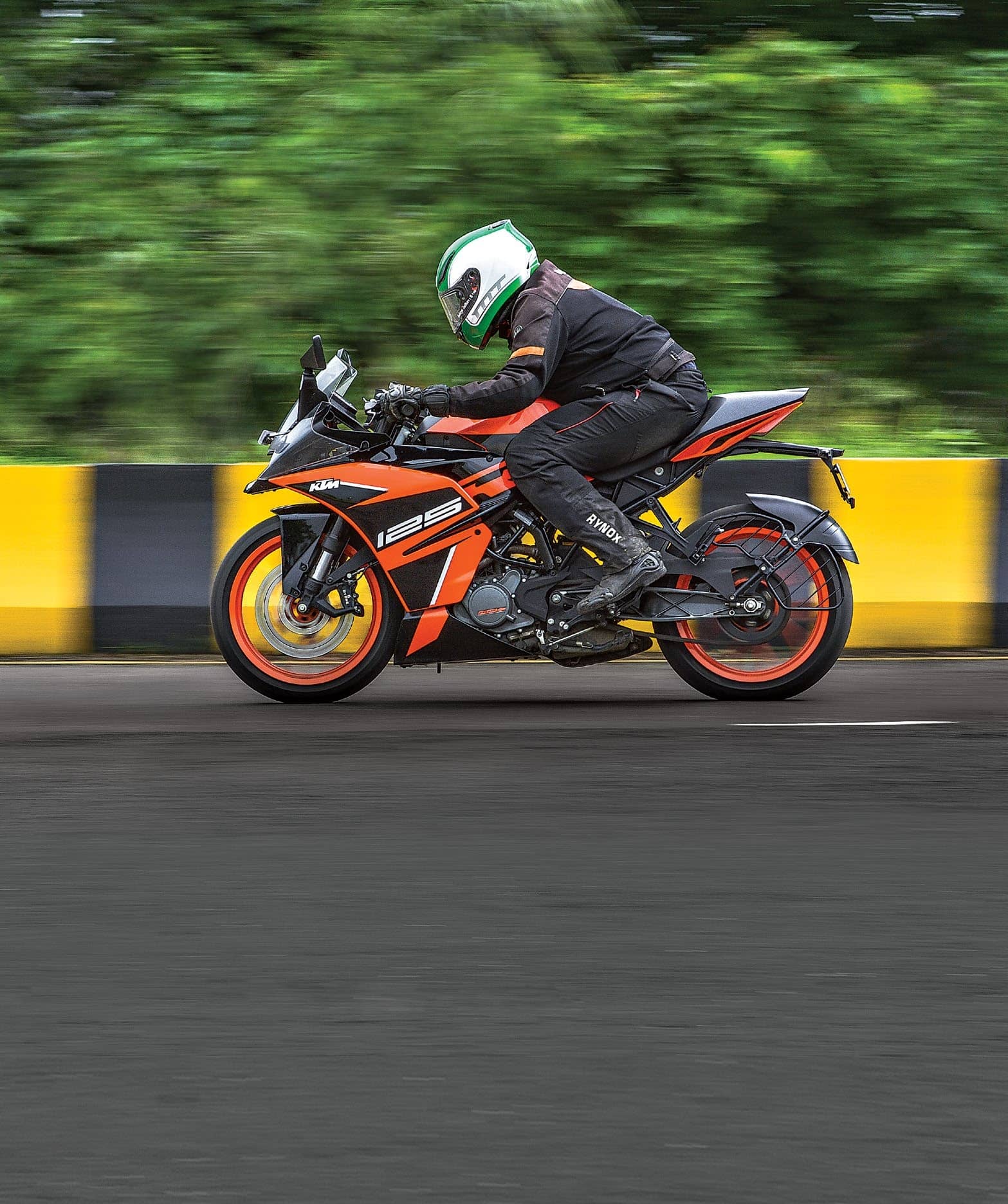 Does KTM’s smallest sportsbike cut it in the real world as well as it did on track?

The KTM RC125 managed to put a smile on my face when I rode it at Bajaj’s own test track near Pune, despite its coffee mug sized engine. But now, it’s time to take the little RC out of its comfort zone and put it through the grind of commuting in traffic, to see how KTM’s smallest sportsbike takes on the drudgery.

Identical is more apt in the RC125’s case than familiar. While the styling is, well, identical to the RC200 and RC390, the RC125 gets its own distinctive paint scheme that lets the bike stand out. Like we’ve said earlier, the orange is vibrant while the white is low key. The paint finish is on point and adds to the premium feel, though the decals had started to peel off, unfortunately, thanks to the carelessness of the guy washing it using a high pressure jet. This proves that you need to be more alert when getting the motorcycle washed, which is a tough job given the bike’s design. On the other hand, the build quality is premium, in keeping with the bike’s positioning and the brand’s repute. Everything on the motorcycle feels dated though, especially since we have been seeing the same design and same components, like the instrument cluster, for years now.