A Studio In The Making 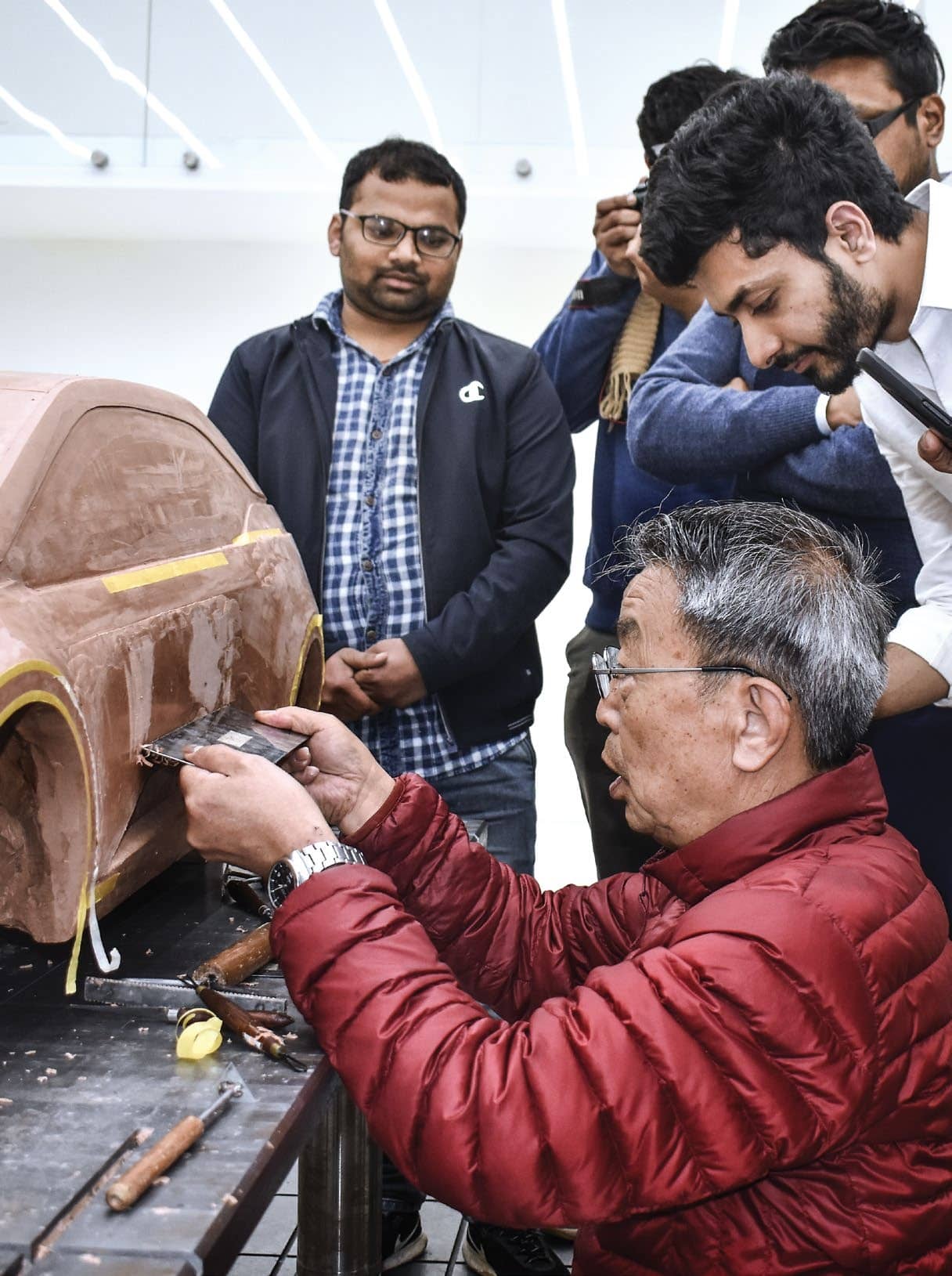 A design studio run by Indians for Indian companies is certainly welcome.

In the industrial zone of Manesar, a suburb of Gurgaon (which some may insist is a suburb of Delhi) amidst the many large buildings housing factories, that manufacture automotive and related industry components, several of them supplying to the likes of Maruti, Honda and other automotive giants, there is a discrete building in white and blue, with a very pleasing aesthetically-designed front and a neat chrome sign reading – Studio34.

Entry is a bit complicated, with an elaborate security system. But once you are able to penetrate that security system – it of course helps to be invited like I was – and you get a glimpse of some of the displayed images and illustrations, you begin to understand the need for such secrecy. Because it’s within these walls that some of the most exciting new automobiles – cars, scooters, motorcycles and commercial vehicles – for the Indian roads of tomorrow are being conceived and prototyped. Studio34, in fact, is India’s most comprehensively equipped, independent design studio, with the entire wherewithal necessary to conceive, design and prototype international-level automotive vehicles of all kinds.

Studio34 came to life when a few like-minded friends with diverse passions came together, not only to feed their creative instincts, but also to create a fertile environment for innovation that provides designers with the freedom to explore and the means to materialise their concepts. Four design students – Abhijit Bhoge, Aashish Choudhary, Anand Sharma and Sandeep Verma – who shared an apartment on Via San Quintino in Torino, Italy, whilst studying design at Torino’s famous Istituto Europeo di Design (IED), were enjoying themselves one summer evening in abeer cafe. After a few pints of Italian beer, the creative juices started to flow and the decision was taken to establish a design studio. As naive as it may have sounded then, the opportunity did come by and to their credit, they grabbed it with all their four pairs of arms.