Street Machine With Racecar Soul
2020 Shelby GT350R Is Still King of the Stick-Shift Stallions
STEVE TURNER
For an instant, it was like déjà vu. Sitting behind the wheel of a Shelby GT350 awaiting laps around the compact M1 Concourse track, it felt like a few months ago. However, this was not the much-improved Shelby GT350. This car is the refreshed 2020 Shelby GT350R. The only real question was whether or not the R-model would retain a significant advantage over its base version. Spoiler alert! The answer is undoubtedly yes.

Just as there was a significant gap between the two versions when they debuted back in 2015, there is still a substantial separation between both cars. Even at idle the resonator-free exhaust’s more aggressive personality is apparent. With the go-ahead to enter the track, acceleration brings the car alive. Running it through the gears with the more precise Tremec 3150 six-speed manual, the percussive rasp of the pipes was something engineers fought to retain because it exemplifies one of this car’s primary engineering targets. 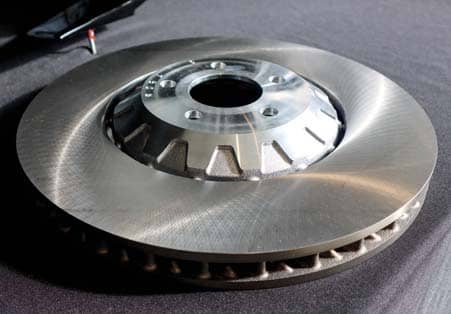 “We forced the issue because fun-to-drive is the most important thing. On top of that, we came up with ‘soul.’ This car has to be true to that,” explains Jeff Grauer, Ford Performance Vehicle Integration Engineer. “We said this car has to be one with the driver, and it has to reward you as much as you reward the car. It has to give you that feedback that is just, like, it wants to play and it wants to go.” 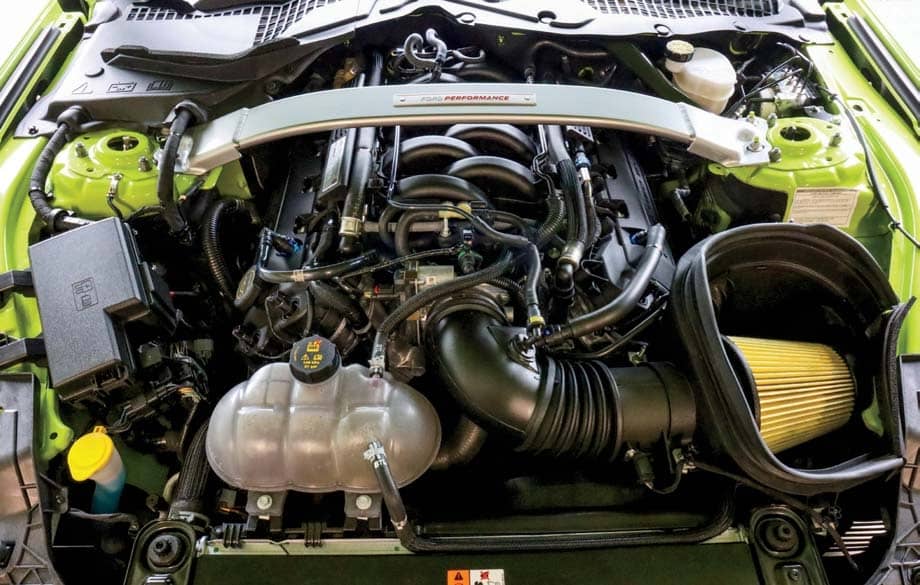 Of course the sharp growl of the unfettered Active Valve Performance Exhaust is just the first clue this car is serious. Pressing the loud pedal to the floor not only turned up the volume on that symphony of horsepower, but the sinewy muscle of the 5.2L Voodoo engine evokes its superiority over its Coyote cousin with a muscular midrange and power that keeps pulling until the factory shift light flashes. 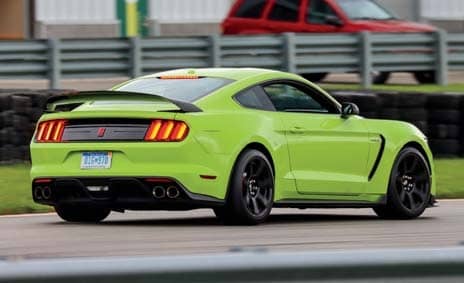 This car is fast, but that is only part of the story. Where the base GT350 still has a bit of body roll and squat in the corners, the R-model shows off its track-tuned prowess. First, the brakes are simply impressive. In our brief track time we didn’t build up to speeds that challenged their prowess. Suffice it to say they are up to the task, thanks in part to new solid rotors enabled by improved technology.