GOTTA HAVE A TERMINATOR 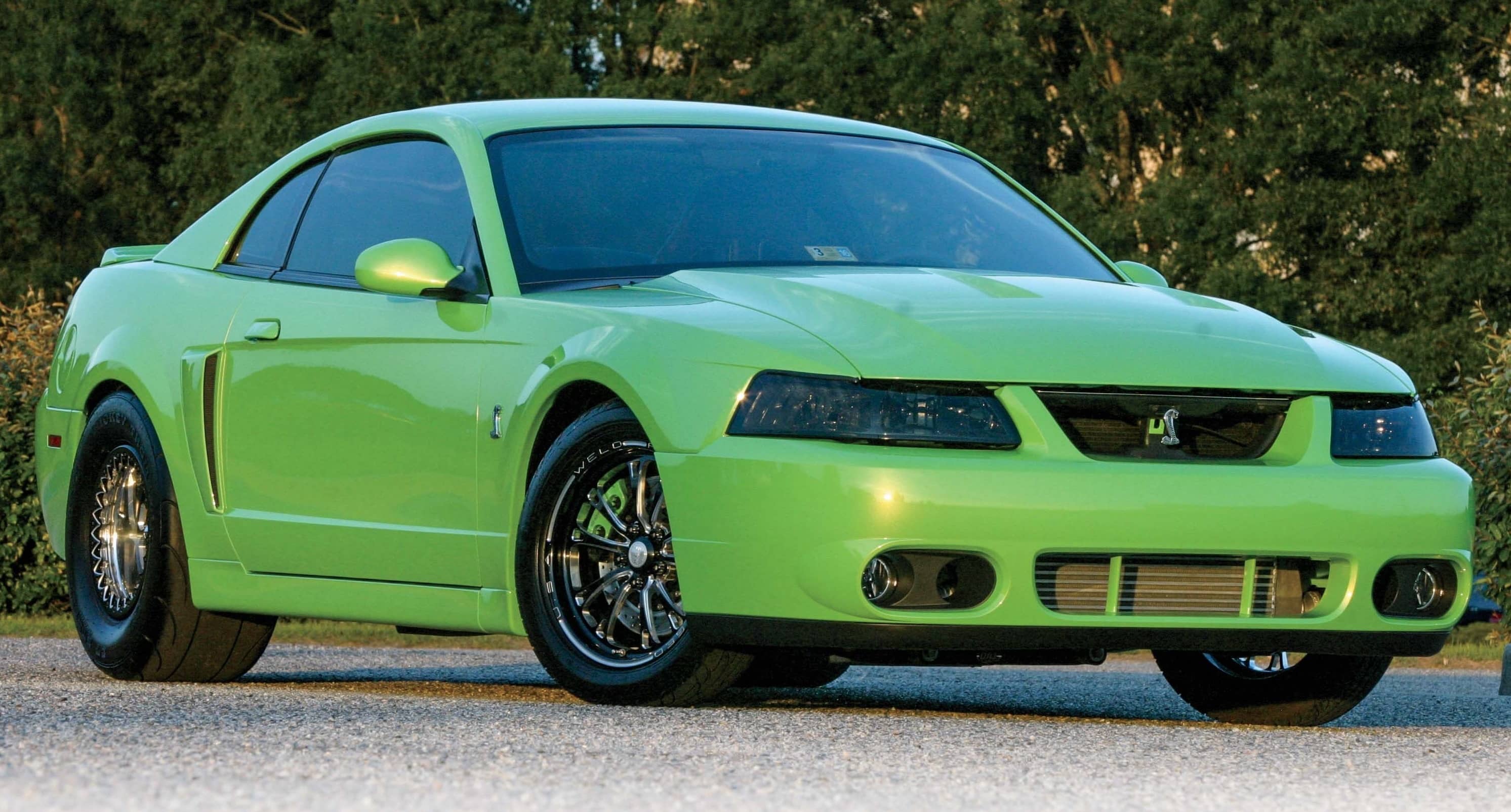 MICHAEL JOHNSON
Every year at Mustang Week there are certain cars everyone remembers. At the end of each day conversations turn to asking your friends if they saw the such-and-such Mustang in the color they have never seen and with the wheels everyone wishes they had. We know because we are the same way. Another good thing about Mustang Week is if you see a car early in the week, there is a good chance you will see it later as well.

In the case of this Cobra, if memory serves, we initially saw the car at the Meet-N-Greet but couldn’t find the owner. Then we saw the car again later in the week and took to social media for help. Through our network of Mustang friends we were able to contact the owner and arrange for the photoshoot you see here. 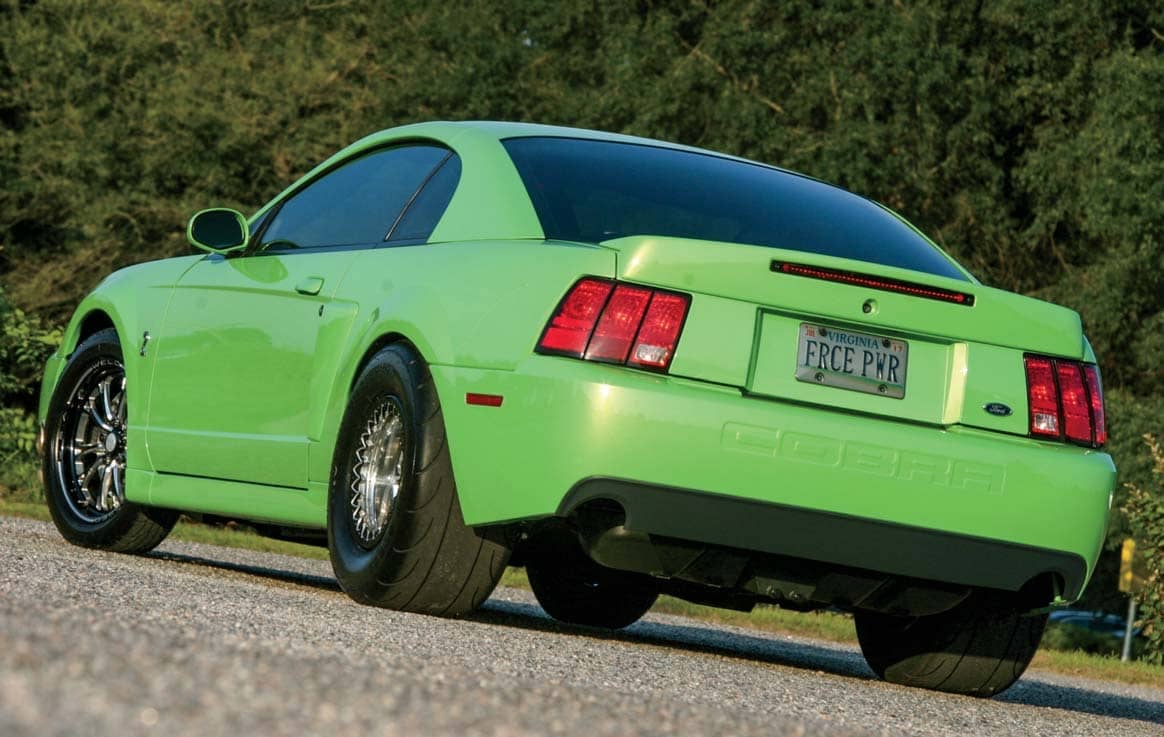 Stephen Floyd has owned and built several Mustangs in his time, among them an aluminum-headed Fox with a Vortech back in the late 1990s, and a 1996 Mystic Cobra that made 632 rwhp back in 2001. His 2004 Mystichrome made it onto the pages of this magazine in the May 2005 issue (“Six-Speed SlaughterFest”). He has owned numerous Terminators and a 2014 Shelby GT500. He knows how to build them.