A LITTLE HELP FROM MY FRIENDS 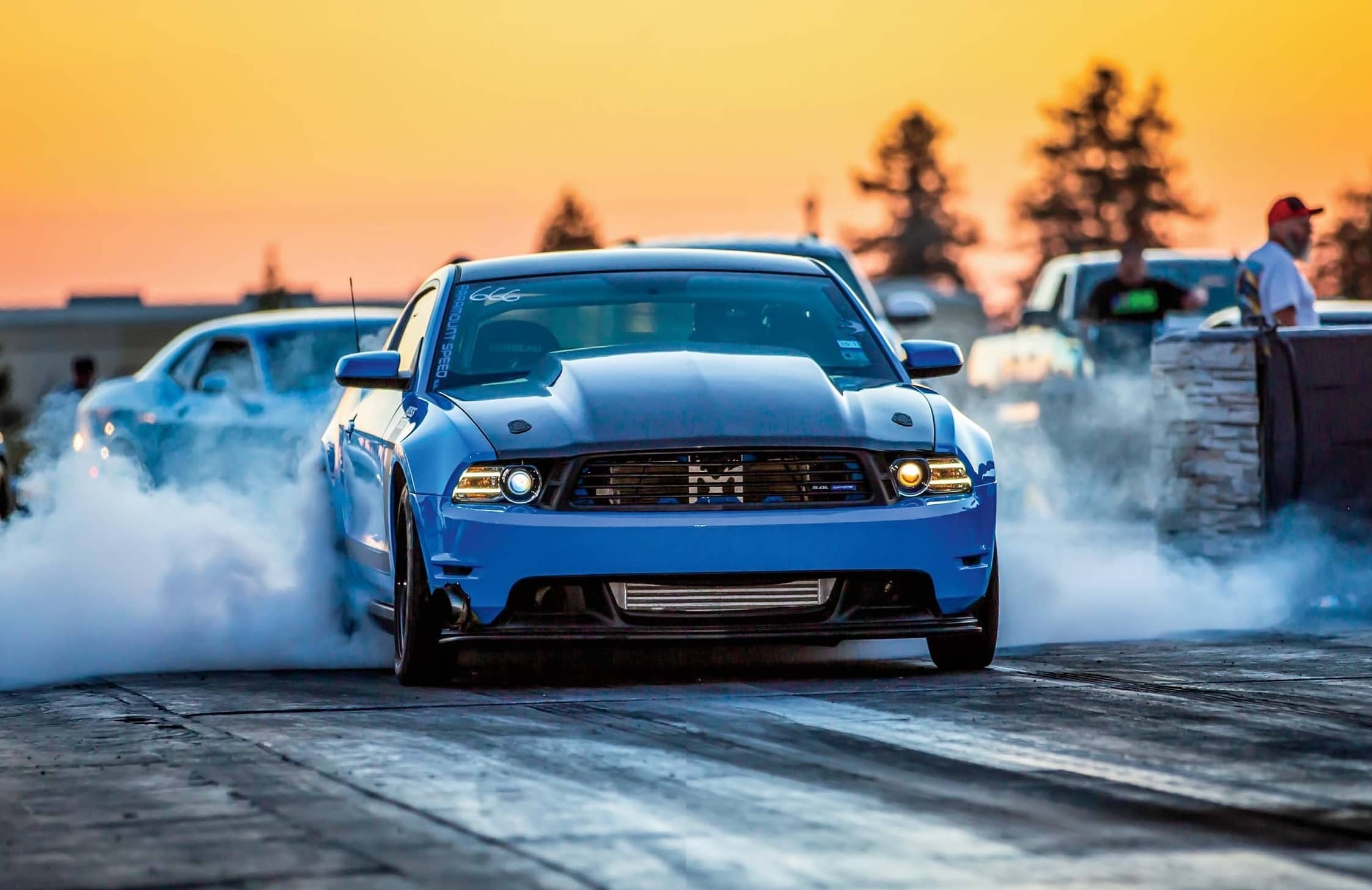 PETE EPPLE
“I started this build to have a fun and fast street car,” Jimmy Smith begins about his reasons behind this badass Grabber Blue single turbo Coyote S197. “I love the car and I wanted to push the limits on how fast I could actually go with a car I still drive around town and go on longer drives with. I do it for the love of cars and the feeling you get cruising around. Making a pass in a 1,000-plus horsepower car is unbelievable!”

Jimmy is a Roseville, California, native and law enforcement civilian, who happens to be an avid Mustang enthusiast. While his Grabber Blue S197 is what many people’s dreams are made of, the car is the result of humble beginnings, hard work, and a network of irreplaceable friends and family that Jimmy gives the credit of the project’s success to. It all starts in San Antonio, Texas. 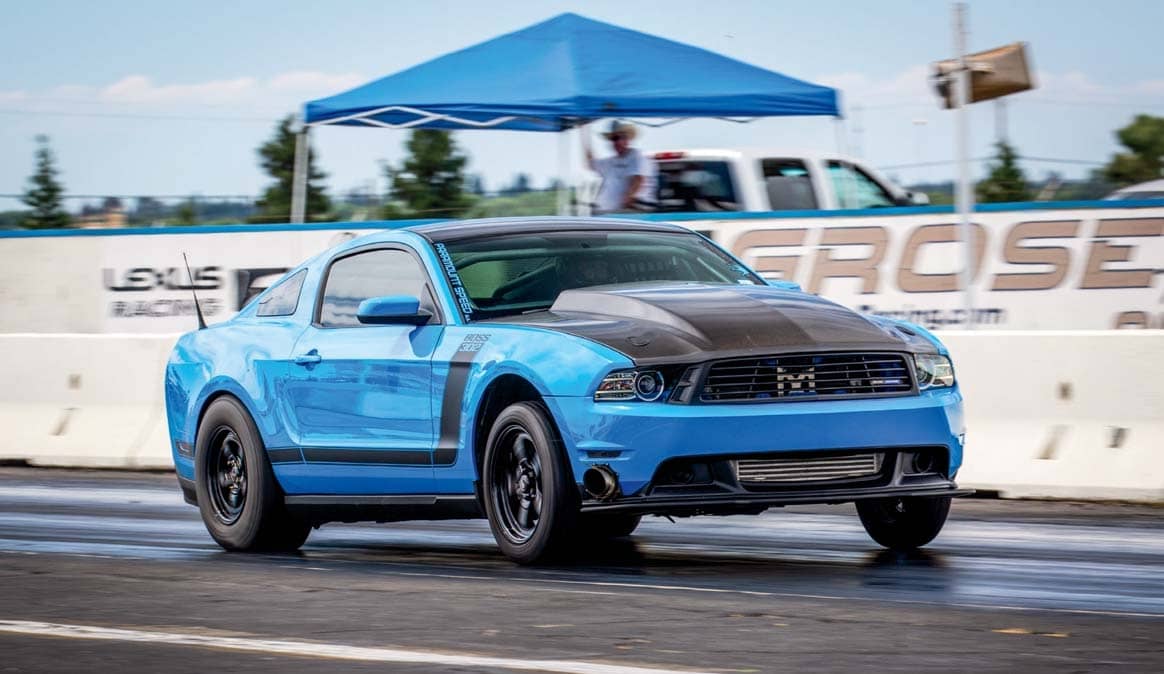 “I started this project because of my love for fast cars and Mustangs,” Jimmy explains. “I always loved the 5.0L in Foxbodies, and I have owned five in the past. When the Coyote platform dropped, I told my wife I had to have one. While I â€‹was on base in San Antonio, I decided to look for one. I only wanted Grabber Blue with black interior.”

Even though he was looking for a car, Jimmy tells us he had no intention of purchasing one before making the move back to California. But fate would soon step in. A dealership called saying they had exactly the car he was looking for. When he arrived at the dealership he was greeted by a base model, six-speed manual, Grabber Blue GT. He decided to buy the car, so he flew his wife Patricia to San Antonio, and the couple embarked on a road trip back to the Golden State. 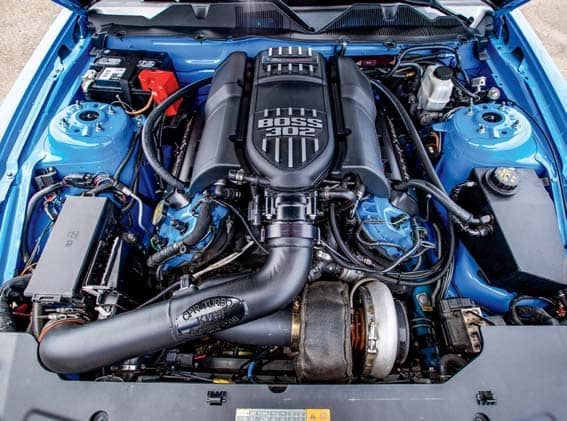 As with most Mustang faithful, cars don’t stay stock for long. “When I got home I started researching the modifications to best suit my budget,” Jimmy tells us. “I went to Shaun at AED for a tune to go with the catalytic converter deletes, axle back mufflers, and LU47 injectors for the switch to E85. The car put down 444 rear-wheel horsepower.”

Next was new rolling stock. Jimmy ordered a set of Race Star Industries Dark Star wheels with slicks and skinnies. With new shoes, it was time to hit the track. 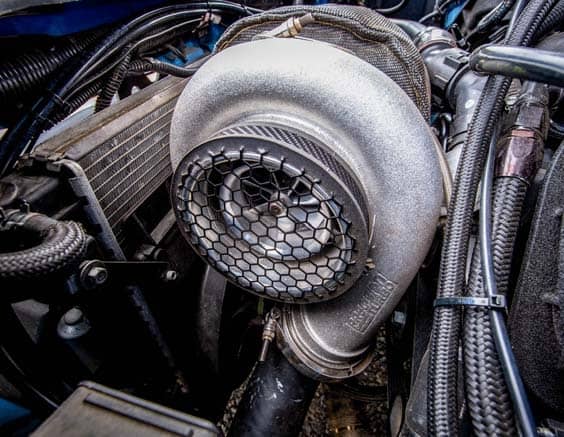 “Being the car was a base model it wasn’t too heavy and I was able to launch the car around 5,000 rpm and run consistent 11.30s. I ran the car like this for a long time, then added a 150 shot and did a lot of racing in Mexico. I didn’t go back to the track like that.”