A Spectacular Setting for a Muscle and Drag Race Collection.

Our readers with an interest in drag racing history might be aware of a terrific museum unveiled last June near Los Angeles. The museum is solely devoted to a local track that closed in 1972, Lions Drag Strip (check out thelionsdragstrip.com for further information). The same building happens to host a private collection of American automobiles as well, including a number of significant muscle cars, displayed in a most impressive setting. Rick Lorenzen, the owner of both the museum and collection, gave us full access to his shrine. It was an experience to remember. 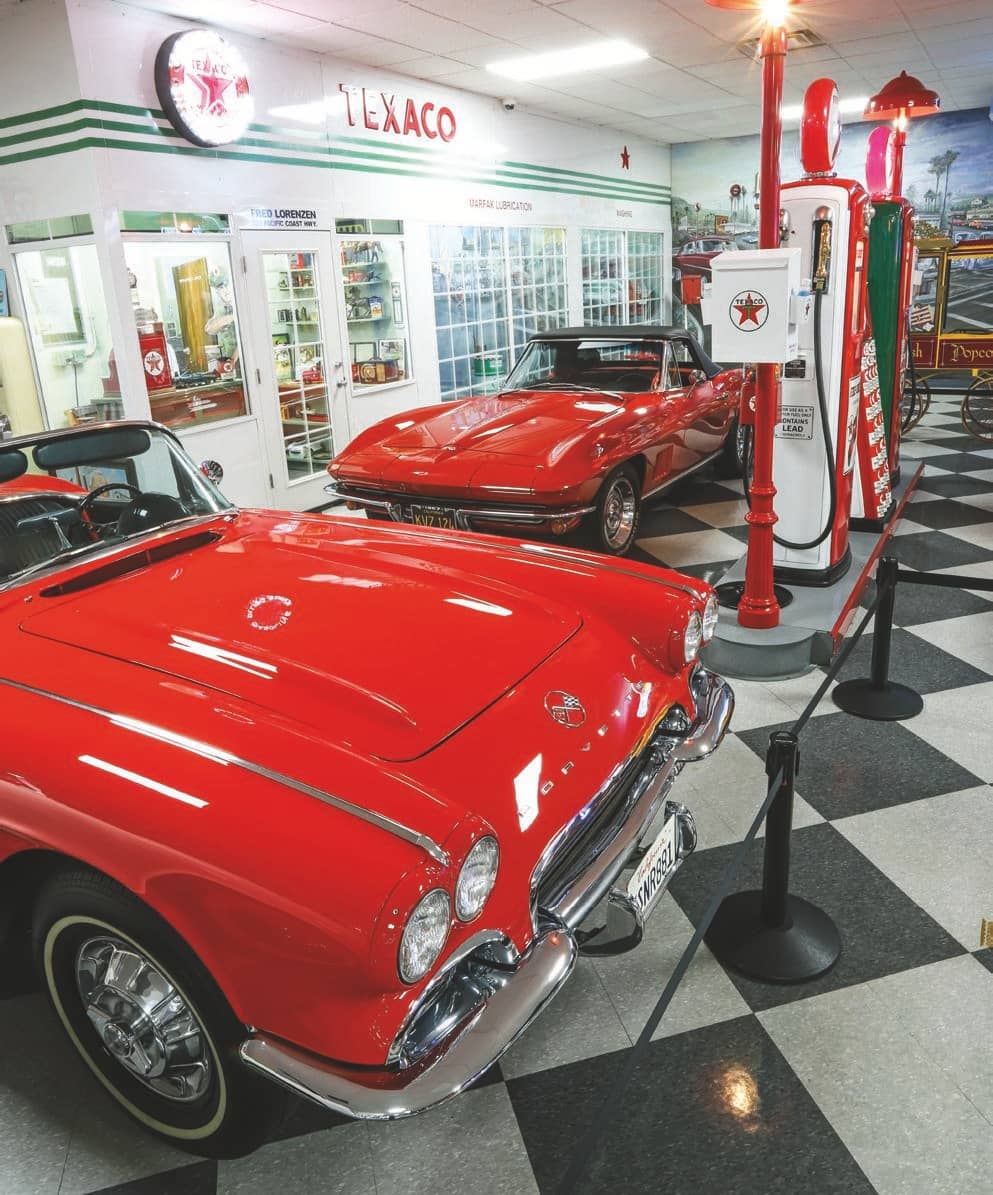 As a young lad growing up in SoCal during the 1950s and early 1960s, Rick came to appreciate the cars of the era, from muscle cars to gassers. He began collecting them as far back as the 1970s,and the idea of showing them in a nice environment came to fruition shortly after the turn of the century. The 80-plus vehicles on site include some gems: Corvettes, a 1962 Dart, a 1963 Impala, a 1965 GTO, a 1970 Hemi ’Cuda and Superbird, and more.

They are surrounded by amazing displays revolving around recreations of era-correct store fronts, from a Foster’s Freeze stand and music store to a hobby shop and a complete diner. Let’s not forget the speed shop stacked with period goods, and the fullystocked Texaco gas station, a reproduction of the outlet run by his mother and father during the 1950s. 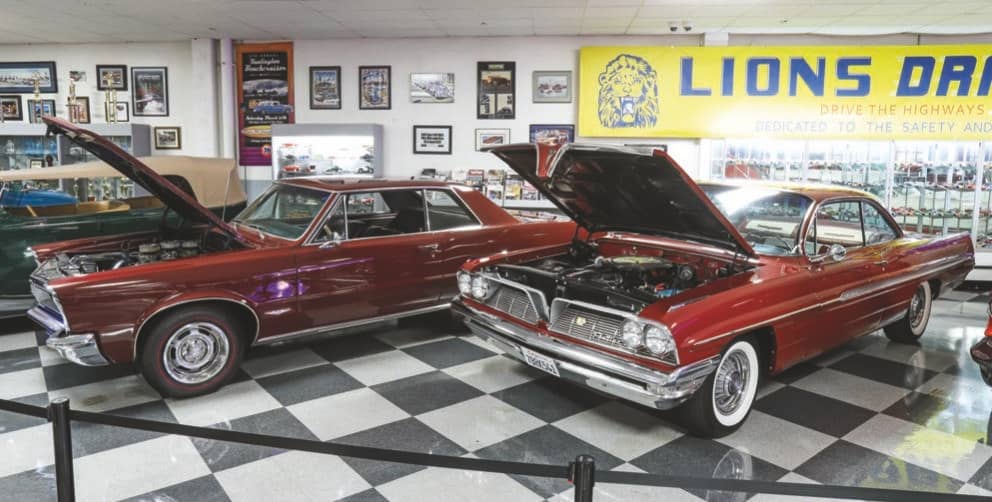 While not open to the public, the museum can be experienced via the private tours Rick and his crew occasionally organize. You can contact the team via the aforementioned Lions Drag Strip website.

Some argue that the 1961 Pontiac Ventura paved the way for the muscle car era, so Rick wanted to have one in his collection. He also rightfully feels that his 1965 GTO belongs here because of its importance within our scene.