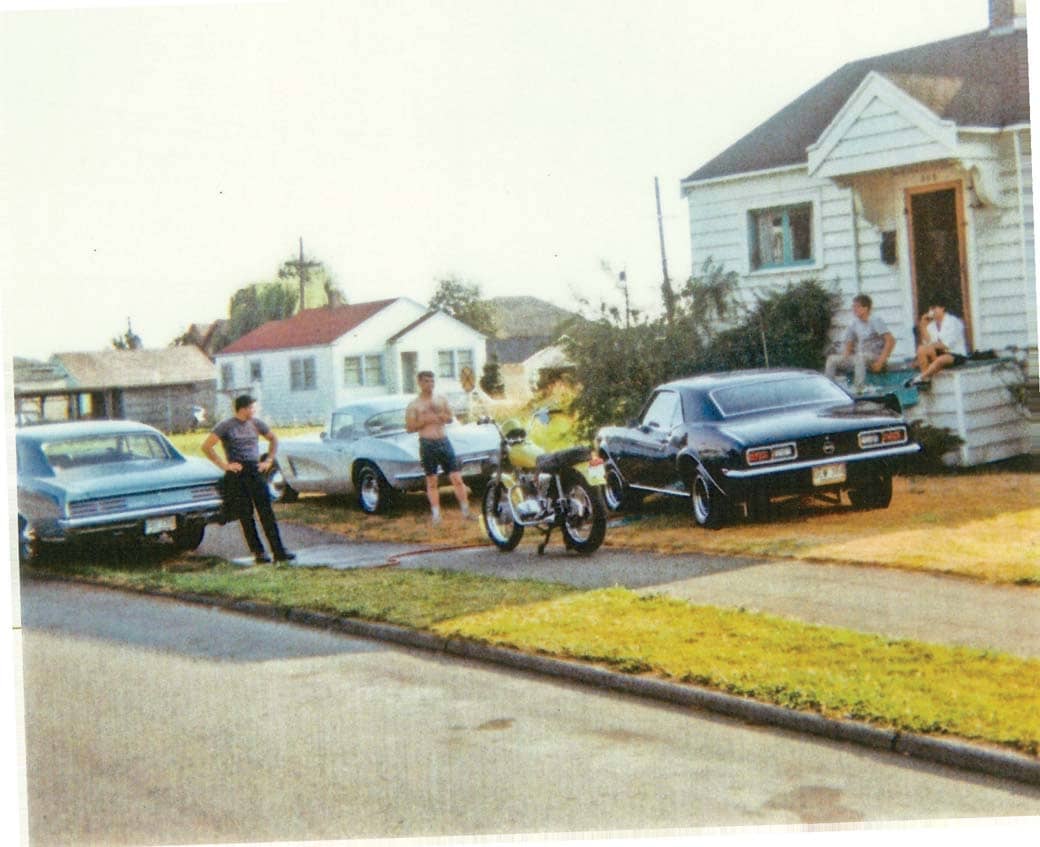 My friends and I were OK tuners back in those days, and we could get the car to perform pretty well. Of course, like everyone else the game was street racing. (I never did take it to the drags.) I would take it to 6,000 rpm and slam the gears. The engine took the pounding for a while, but one day, while jamming gears, a piston wristpin came out and took out the block wall. That was that.

I lived in Renton, Washington, in those days and worked for an aircraft manufacturing company. Money was not falling out of my pockets, so the car stayed parked in a garage for about a month. All my buddies made life hard for me. No fun being in the copilot seat or, worse, riding in coach.

I had two friends who worked for a Chev dealership in Burien, Washington. One was the shop foreman, the other the parts manager. One afternoon the guys were over having a few beers. “Well, Skip, what are you going to do for an engine?” one asked.

Now the story gets a bit fun. He replied, “I want $300 and that Siamese kitten your next-door neighbor has.” He had seen the cat a few days before when we were in the backyard. The following night, I pulled the old slip-and-slide and got the cat.

With $300 and a kitten, the guys got a new crate L88. They managed to get aluminum heads as well. The dealership put ”the engine in the car, and we were ready to rock and roll!

That was the fastest car I ever ran on the street. I had a set of custom traction bars made, Hooker headers, a little mod to the suspension. The compression was 12:1. I ran Chevron “white” pump gas. I think fuel was $1 a gallon. That was a lot for me. The car didn’t do much better than 5 to 7 mpg, and when you were thrashing it, mileage was out the door. I rant it mostly on the weekends, but since it was my only form of transportation, I would drive it around for normal needs.

I ran in Renton, Kent, and Seattle. Dodges, Plymouths, Fords, Chevys, anything. Didn’t matter to me. To say the least the car was real quick! I used to scare guys by just standing on it at a dead stop. It revved like a small-block. I would shift at 6,000 rpm, and as soon as I was in the next gear it would be at 7,000 and going up. When people wanted to see what had spanked them so badly, I would lift the hood. It looked like just another 396. I used to tell them, “Super tuning.” Ha! Only my close friends knew what it was.

I beat everyone I ran against except two cars. A Sunbeam Tiger at 2 a.m. in Seattle. Light to light. That dude was too fast out of the chute for me. The other was a 1965 fastback Hi-Po 289 Mustang. A damp night in Renton and I could not hook up. The car handled well; you just had to make sure you were lined up straight and always thinking about three to four car-lengths ahead.

I really had a blast with that car. Never got in or caused trouble (except for lifting the kitten). Just good old street running.