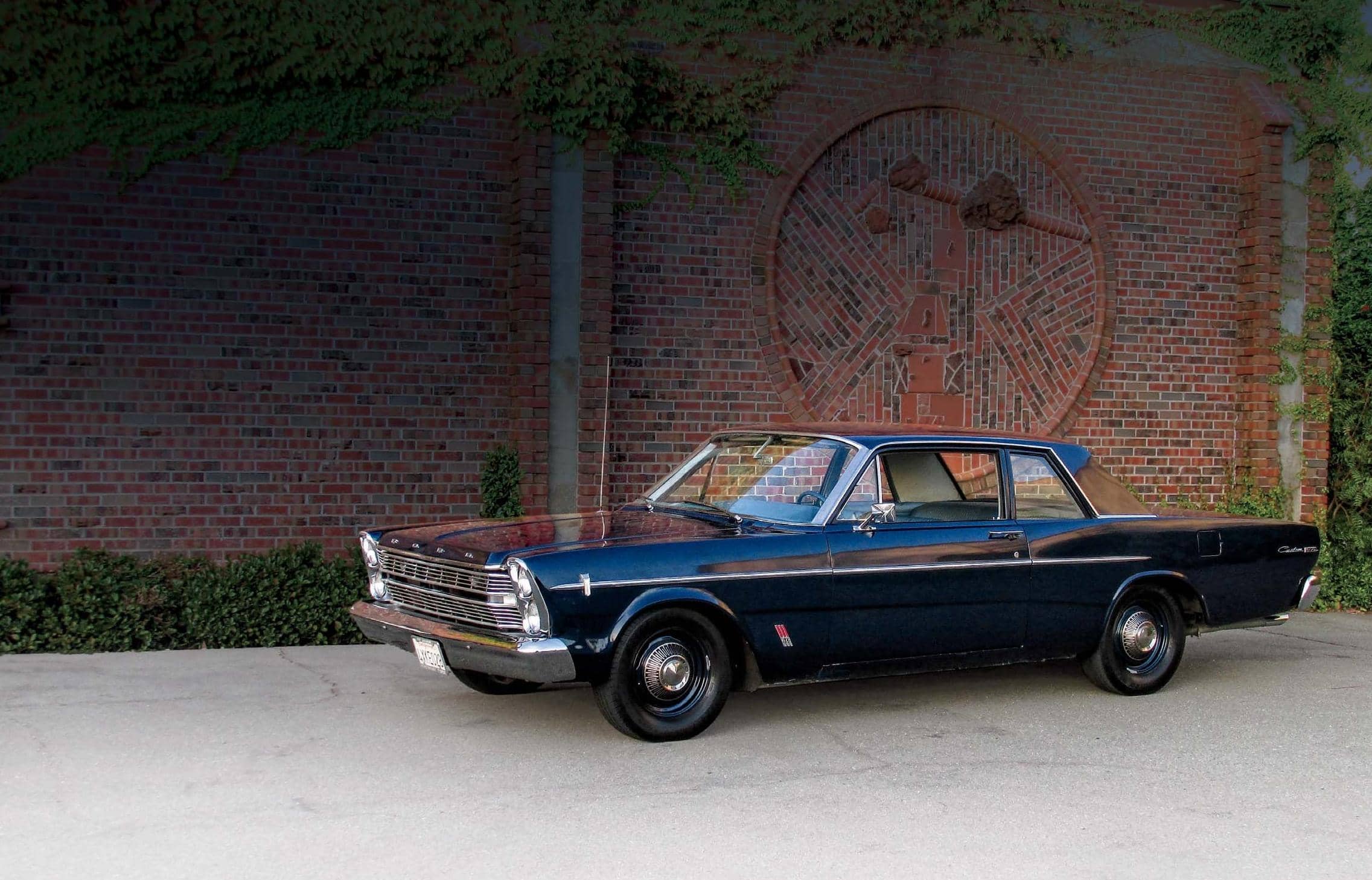 The year 1966 is remembered by many as the pinnacle of Ford’s Total Performance Era. Jimmy Clark had just won the 1965 Indianapolis 500 in his Ford-powered Lotus 38, the first win ever at the Brickyard by a rear-engined car. And just over a year later, Ford won its first 24 Hours of Le Mans in the famous staged One-Two-Three finish.

In February 1966, jet airplane mechanic Don Revere Smith walked into Hayward Ford, the San Francisco Bay Area’s legendary Ford/Shelby performance dealership, to special-order a truly unique, full size muscle car. After talking with Roy Miller and Roy Boynton, two of the high-performance sales specialists at Hayward Ford, Don selected a Custom 500 two-door sedan in Nightmist Blue. But rather than ordering it with a 289, 352, or 390 V-8 and loading it up with power-robbing options, he chose the then-new 428ci FE V-8 and the heavy-duty C6 Cruise-O-Matic three-speed automatic transmission.

So began what would be a five-decades-long love affair with his fabulous Ford that only ended with Don’s passing in 2018 at the age of 97. The story of that 52-year journey comes from the car’s second and current owner, Peter Batagios.

“I met Don and the 428 about 18 years ago,” says Peter. “I was in a small parking lot with my wife Anne’s occasional track car, a rare 1997 Acura Type R. I was worried when I saw the 428 trundling in and aiming for the small spot next to me. Then I can hear that Ford. I looked over at the 428 badge and wondered, How did he get that in that car?

“He noticed that I noticed. He was smiling and said, ‘You know what it is?’