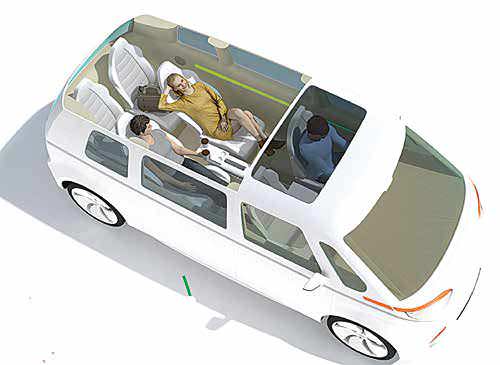 The growing demand for ridesharing services is giving rise to a new category of vehicles. These are cars with a flexible interior that can be individually tailored to the needs of their users.

The growing demand for ridesharing services is giving rise to a new category of vehicles. These are cars with a flexible interior that can be individually tailored to the needs of their users. The potential for automakers is considerable here, according to a report titled, “A new breed of cars: Purpose-built electric vehicles for mobility on demand” by Roland Berger.

Roland Berger, founded in 1967, is the only leading global consultancy of German heritage and European origin. With 2,400 employees working from 34 countries, the consultancy has successful operations in all major international markets.

Says Jan-Philipp Hasenberg, Partner at Roland Berger, “This new type of car unites two of the key mobility megatrends in one vehicle: ride-sharing and electromobility. “Vehicle manufacturers should take active steps to get into this niche market now so that they can establish a strong competitive position and get their customers excited about the new models. One of the main drivers here will be China, which makes up at least 60 percent of the market, but Europe and the United States will also see their market for these vehicles grow as time goes on. Indeed, this is a key growth market that no OEM can afford to ignore.

Wolfgang Bernhart, Partner at Roland Berger says that “We anticipate the price per kilometer for using these cars to come in at between 0.5 and 0.8 euros. These purpose-built vehicles will therefore be among the cheapest means of getting around in a car. The only thing that will be cheaper to use, at less than 0.3 euros per kilometer, will be genuine robocabs without a driver.”