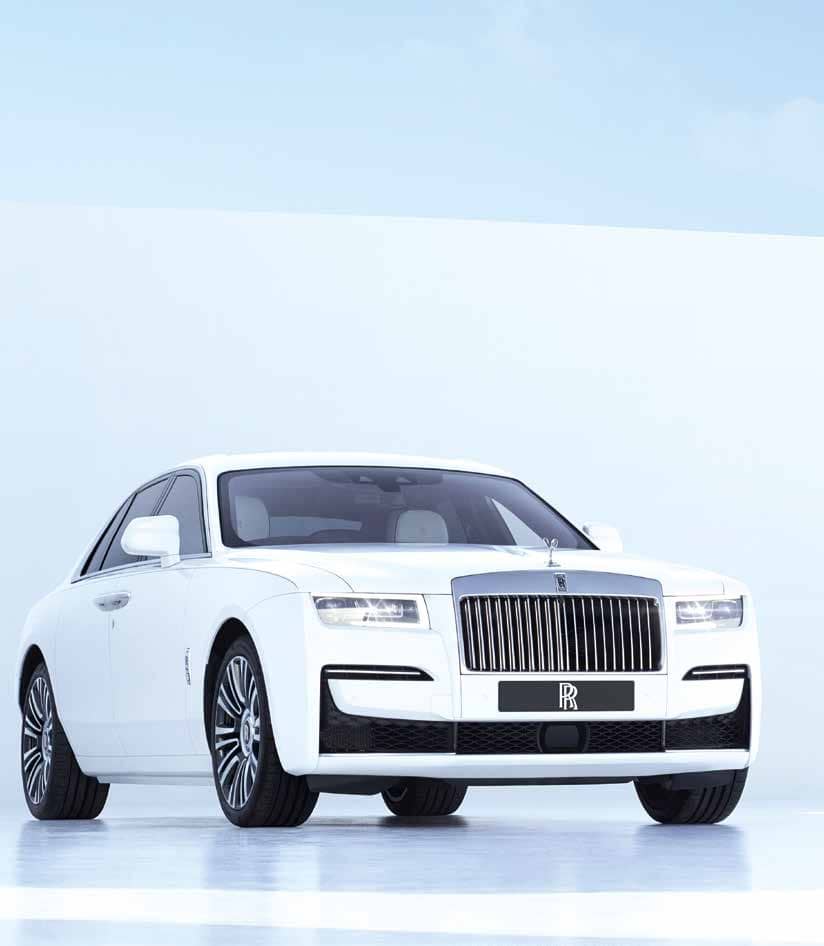 Rolls-Royce has announced the birth of the new Ghost. Rolls-Royce’s proprietary aluminium spaceframe architecture allowed the design team to increase the width by 30mm.

This is framed by sharp bow lines that intersect with an angular light signature, creating an assertive yet beautiful front end. In addition, new Ghost was given its own ethereal front-end character. This was achieved not by way of overt design, but with light. Yes, around 20 LEDS underneath the top of the radiator grille subtly illuminate the veins.

For the first time, the Spirit of Ecstasy is not surrounded by panel lines but is within her own ‘lake’ of bonnet. Two of the cast suspension mounting assembles were pushed to the very front of new Ghost, placing its 6.75-litre V12 behind the front axle to achieve an optimum 50/50 weight distribution.