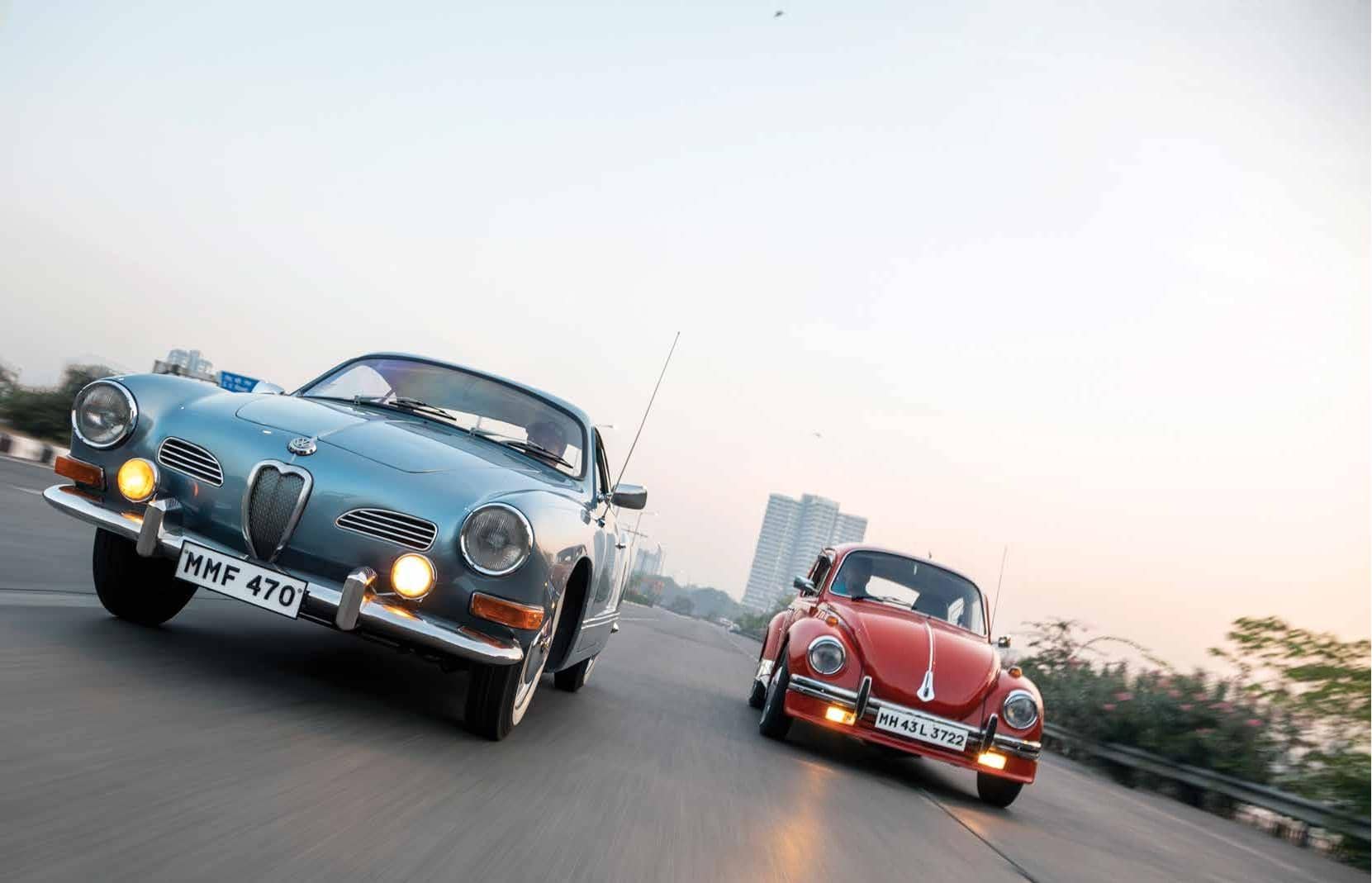 These two air-cooled rear-engined cars were born from the same stock, but fulfilled different purposes.

Siddhartha Khona has been a friend of the magazine for ages. I first met him many years ago, when I had tagged along with the vivacious Srinivas Krishnan – erstwhile editor of this magazine when it had the ‘Business Standard’ prefix to its name – to shoot Siddhartha’s Fiat 500 with an old Vespa. And since then, he’s grown his collection to include two VW Beetles and, wait for it, a proper Karmann Ghia, among others. When we told him that we’d like feature his Super Beetle and the Ghia, he was immediately up for it and after the time and date were locked down, it was decided that I’d head to his place to drive one of the VWs, and he would get behind the wheel of the other.

The day dawned and I got there to find the cars already idling at the side of the road, being warmed up after being roused from their slumber. They made for a pretty sight, the Super Beetle draped in its Sundown Orange paint scheme and the sunlight seemingly bending around the contours of the Trout Blue Karmann Ghia. We set out, and I was driving the Beetle while Siddhartha was driving the Ghia just ahead. I couldn’t get over how composed and comfortable the Beetle felt, despite the potholes that Mumbai’s notorious roads kept throwing at it. The smooth ride quality was all thanks to that ‘Super’ bit that precedes the ‘Beetle’ moniker of this VW, and to see how this avatar of the Bug came about, we need to head back to 1968.

What was once known as the ‘People’s Car’ was now beginning to lose its sheen in what was the biggest car market in the world at the time – the United States. The new VW models, like the 411 and the 412, weren’t catching on. Kurt Lotz, the man who replaced Heinz Nordhoff as chairman of VW after his demise that year, had the tough task of getting VW back to the forefront. The Japanese car invasion had also begun, and the Beetle was now competing with the likes of the Toyota Corolla. Something had to be done, and Lotz decided to reduce the price of the prevailing Beetle and introduce a vastly improved version, which boasted of increased cabin and luggage space and improved comfort.