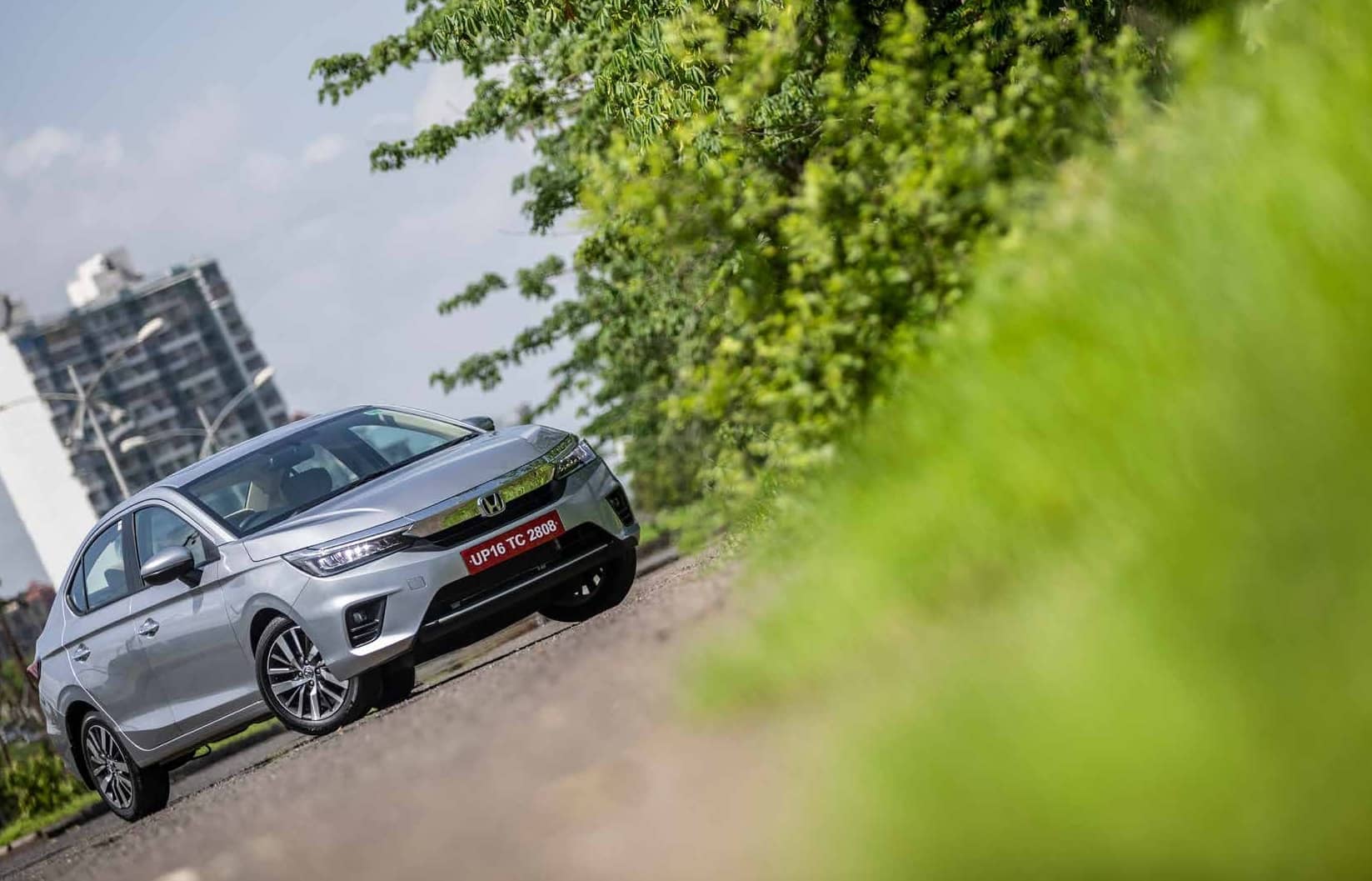 The Honda City is back with a vengeance

For over 20 years now, the Honda City has ruled the roost, but with SUVs encroaching on its segment, does the fifth-generation City have what it takes to fight back? Like with the previous generation, Honda has taken a more evolutionary approach to the upgrade. The new car is instantly recognizable as a Honda City, without looking like a mere facelift. There is a new chrome bar that greets you upfront, flanked by brilliant LED headlights. There is some familial resemblance to the Civic, but it could be stronger, if you ask me.

Moving on to the side, there is a strong shoulder line that extends from the headlight all the way to the back and additional flame surfacing at the bottom to break up the monotony. The new car shares its wheelbase with the outgoing model, but it is longer overall. Certain hardpoints are also shared with the outgoing model because it does ride on a modified version of the fourth-generation City’s chassis. At the rear, slim LED tail-lights round out the package. The new City is shorter than the outgoing model, bucking the trend of rising beltlines.

Inside, you get a dual-tone beige-and-black interior with wood accents. The leather seats are extremely comfortable and power assist on the driver’s seat, along with a steering wheel that’s adjustable for tilt and reach, allows you to get very comfortable behind the wheel. Usually, when driving a car, I like to drop the driver’s seat as low as it can go, to feel like I’m sitting in the car rather than on it. And in the City, the low-set dashboard lets me do that without feeling claustrophobic.