The Burden of HERITAGE 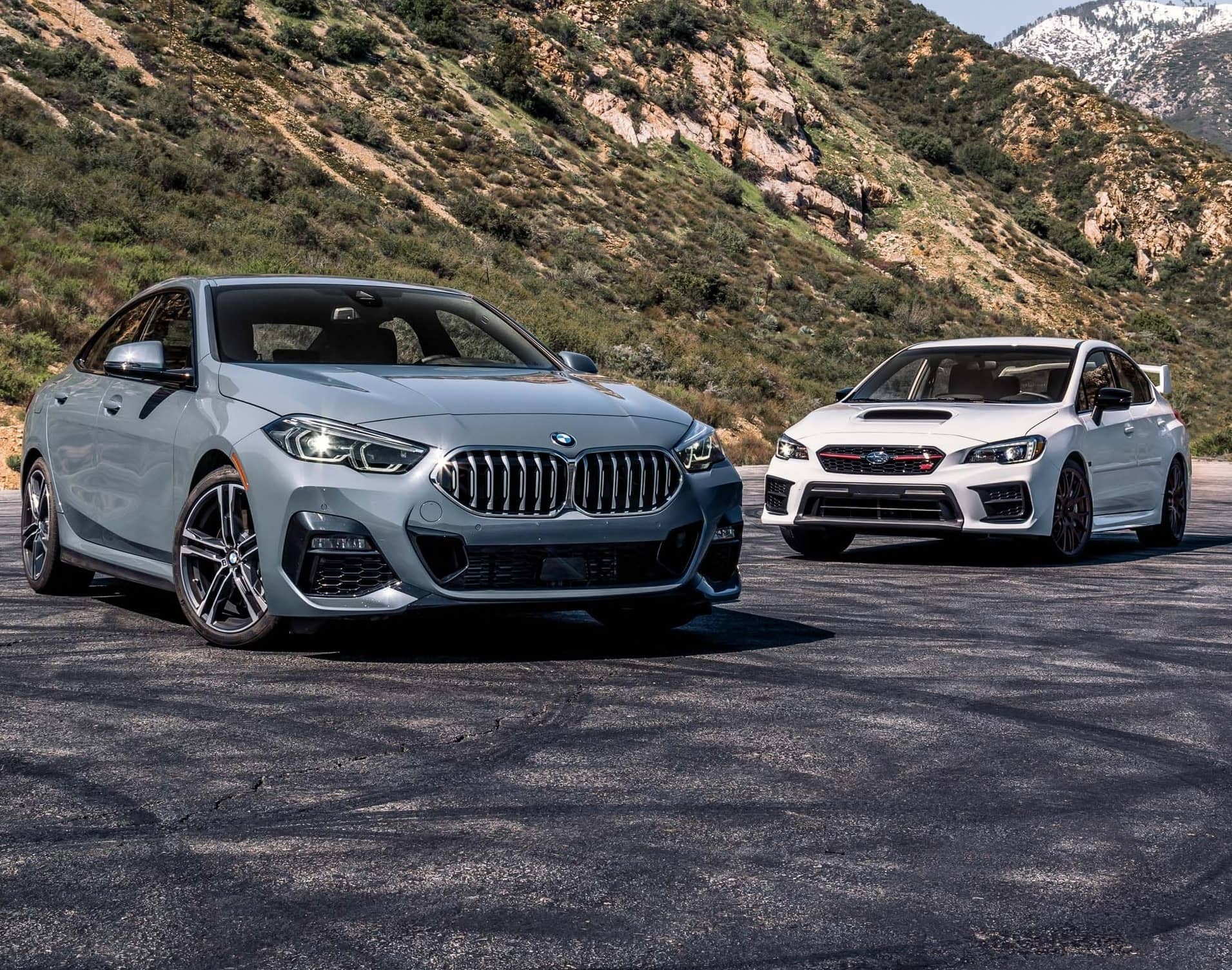 The point behind these “Is Luxury Worth It?” tests, where we pit loaded mainstream-branded cars against fairly base-model luxury rides, reaches a strange plateau with this particular matchup. Odd couple? You betcha. Representing value (in a way) is the 2020 Subaru WRX STI Series. White. In the luxury corner is the 2020 BMW 228i xDrive Gran Coupe. And before we get to the differences, we ought to talk about what’s similar enough to throw these cars into the ring together.

Both machines are powered by turbocharged four-cylinder engines. Both cars drive all four wheels, possess four doors, and seat five. The C-pillars, especially from a rear three-quarters view, look spookily similar. The BMW lacks its famed Hofmeister Kink—that small forward thrust down where the rear door or window frame meets the beltline. It’s meant to emphasize the rear-wheel drive that BMWs have had for more than 50 years—because with the Bimmer being front-drive-based, what’s the point? 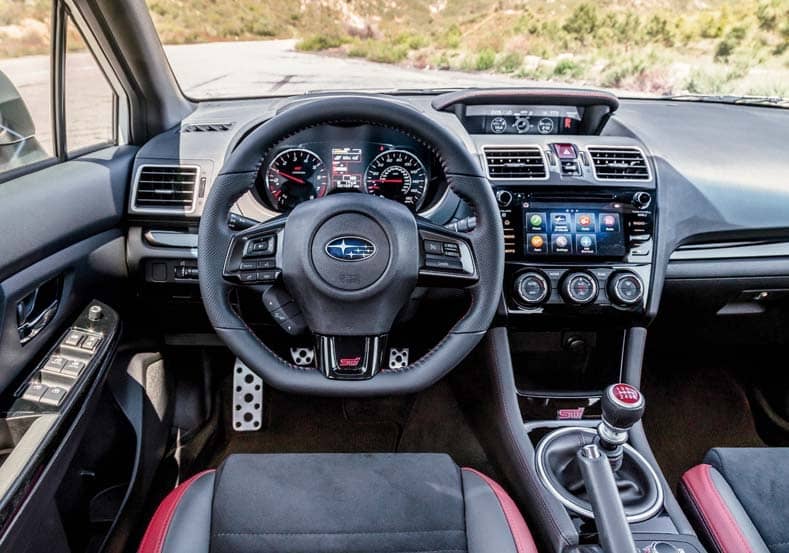 Here’s where the two differ. The STI has a flat boxer engine. Aside from sounding different, flat engines lower a car’s center of gravity. The BMW’s engine is smaller—2.0 liters compared to the Subie’s 2.5 liters—and produces much less power: 228 horsepower compared to 310 for the STI, and 258 lb-ft of torque compared to Subaru’s 290. 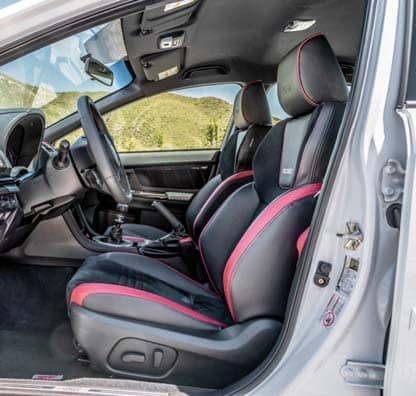 The 228i comes with an eight-speed automatic transmission and has a permanent front to rear 50/50 torque split. When cruising requires minimal torque, the multi-plate clutch disengages torque to the rear to save fuel, whereas when traction’s an issue, as when climbing a steep hill, that clutch closes and the rear wheels may receive all the torque. However, when the hammer’s down, no more than 50 percent of the engine’s peak torque is ever sent to either axle. 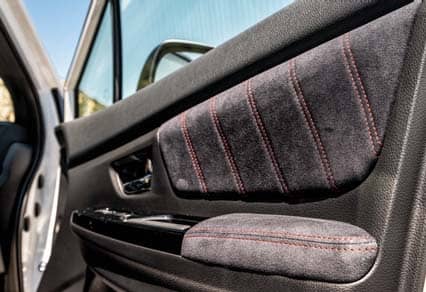 The Subaru is six-speed manual only and still features that trick center differential (called Driver Controlled Center Differential), which can be left in automatic mode where the computer figures out which axle needs the torque, phased for grip (+) so that the front axle gets more torque, or the opposite (–) so that the rear axle gets the majority of the twisting force. Alternatively, there are six manual modes that allow you to program where the torque goes. 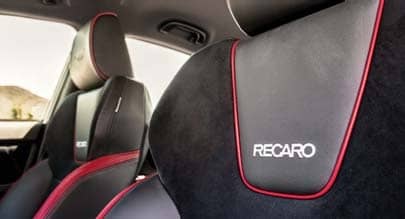 The Series. White package adds $5,700 to the STI’s price. For that cash layout you get 19-inch forged aluminum BBS wheels, a reworked suspension with Bilstein dampers off the STI Type RA, groovy yet barely grooved Michelin Pilot Sport Cup 2 tires, and cloth Recaro seats. Option package 04 also nets you a black finish on the mirrors, badges, and shark fin, plus a red insert in the grille and silver brake calipers. Total as-tested price of this Series. White-equipped STI is $43,959.

The BMW’s big option is the $4,000 M package, which gives you sport steering, a rear spoiler, 18-inch wheels, and some driver-assist systems. We didn’t get the more feature-packed $3,050 Premium package, which includes seemingly everything and the kitchen sink (keyless entry, heated steering wheel and front seats, adaptive LED headlights, panoramic moonroof, head-up display). As-tested price for the 228i Gran Coupe is $48,495.

My colleague and MotorTrend en Español managing editor, Miguel Cortina, joined me to figure out how to compare these two. We decided that because BMW still employs its “Ultimate Driving Machine” tagline and because the 228i has the M Sport package, taking the cars on a back road canyon drive was the right way to compare them. Plus, I live eight minutes from the bottom of Angeles Crest Highway, and I’m nothing if not a lazy man.