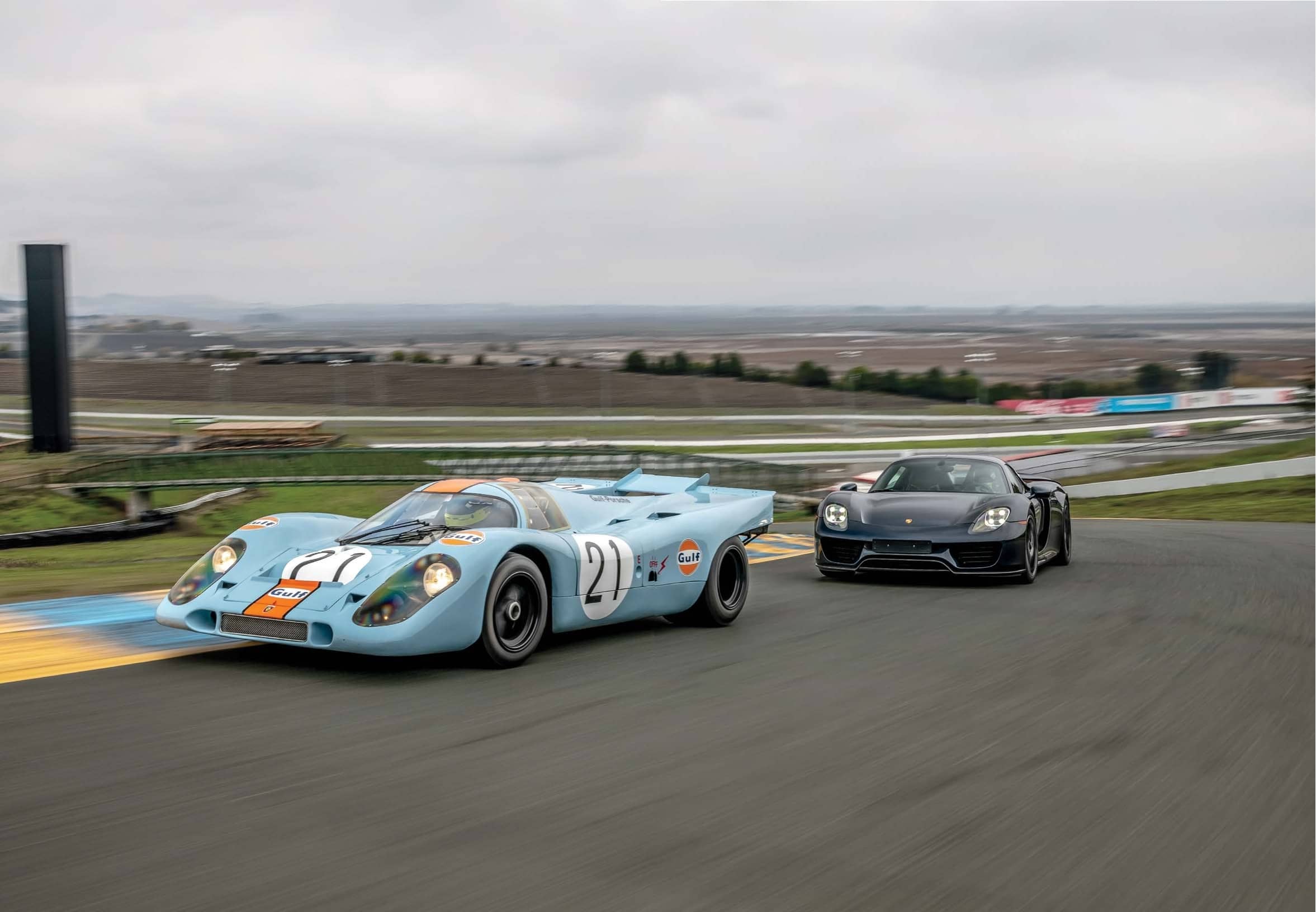 AN UNBROKEN SPIRIT SEPARATED BY ONE DIGIT AND 45 YEARS

Twist and hold the key to start the engine. Shifting is in a standard H-pattern, though there’s some disagreement whether the gearbox has four gears or five installed at the moment. Idle speed is around 1,000 rpm like you’re used to, but all the power is up high, so give it more revs than usual when you release the clutch, or you’ll stall that legendary Porsche 917 in front of everyone.

The track surface is bitterly cold and a bit damp. The car’s been sitting a while, so the Avon steamrollers have zero heat in them. But at least they’re new.

This rain set has a few laughable grooves cut in, but we’ll be staying off the wet spots, won’t we? That nice British man joining us trackside—Richard Atwood was his name, just happened to drive a 917K to Porsche’s first Le Mans win in 1970—said to avoid goosing the throttle and you’ll be fine. Fellow Le Mans winner David Donohue is less sure, which is why you’re following his 911 right now.

Someone is trying to tell me something through the Secret Service earpiece I had crammed under my helmet, but all I’m able to hear is Miss Othmar wah-wah-ing in my ear against the fury of 12 air-cooled cylinders screaming 600 horsepower behind my head.

Two-way radios weren’t this good in 1969, but even if they were, race teams would have used handheld boards for all the good the walkie is doing me.

Dreading what might happen if I take a hand off the steering wheel for more than a few seconds, I paw at the microphone clipped to my chest. “I can’t hear anything you’re saying,” I scream. “I’m just going to follow David wherever he goes.” I’d find out later no one in the pit could understand me, either. 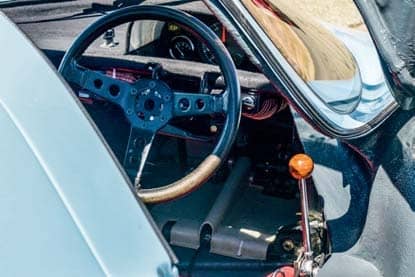 Reluctance to remove a hand from the wheel had little to do with a fear the 917 might pick that moment to get loose; rather, it was the unassisted steering, which requires two hands in anything more than a gentle curve. Sonoma Raceway isn’t gentle.

It would be easier if my arms weren’t stretched out straight in front of me, but scooting down in the seat was the only way to get my head low enough to close the door; my duct tape–protected helmet is still hitting the hinge on the ceiling.

As it is, I have to move a hand down the wheel for every turn to get enough leverage to feel comfortably in control of the car. I had been worried I would constantly bang my left elbow on the vestigial passenger “seat” fitted to meet homologation requirements, but I never bend my arm enough to come close.

My lower back feels like it’s 6 inches off the seat, and my short legs are still just in position to get the long-throw pedals all the way to the floor. I bang my knuckles into the unfinished side of the fiberglass bodywork every time I shift to third with that delicate-looking shifter and its cute wooden knob. I’m choosing my shift points by ear because the tachometer moves like a clock hand and I don’t want to take my eyes off the track long enough to see where it’ll land. Atwood said to keep it under 7,000 and it should be fine. I’m pretty sure I am. 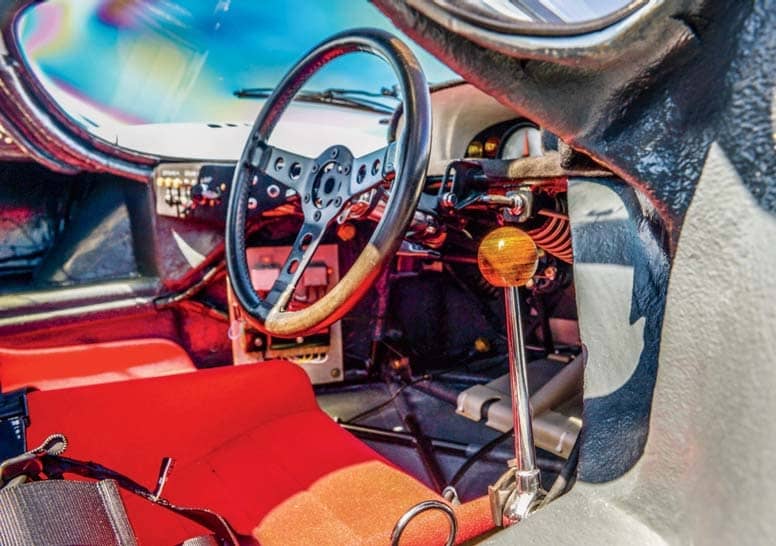 He was full of helpful tips like that. The helmet on the ceiling thing? Just cock your head a bit to the right. Oh really, is that all? I can’t imagine how he and his compatriots kept that up for hours at a time during endurance races. “Well, you just got on with it,” he replies. Naturally.