World War II changed the world in many ways, including what we drive. SUVs and 4x4s were born on the front lines of Africa, Asia, and Europe. The vehicles that were engineered for use in war made such an impression on soldiers that even after V-J Day, those who returned home wanted to explore the outdoors in the same capable off-road vehicles they drove in the theater of battle.

Civilian Jeeps, which were built after the war, became so popular in America that, on the other side of the pond, a group of people was inspired to start a similar movement in Britain, leading to the creation of Land Rover in 1948.

With the two brands primarily developing 4x4 SUVs, the competition couldn’t be more real. Over the years, both have not only stayed true to developing off-road aces—from the Defender to the Wrangler—but also created family-oriented SUVs with elegant touches. In their hearts, though, these automakers have largely traversed the same path.

The Grand Cherokee has positioned itself as the flagship of the American brand, bringing luxury and capability to jeepers. The Discovery has become the unconditional family SUV, taking people places few vehicles can. 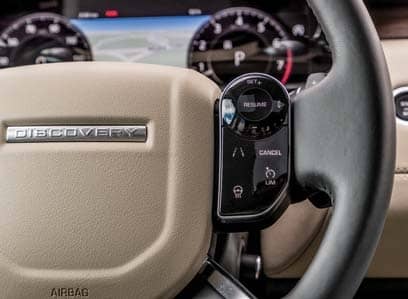 That mentality—in their “Above and Beyond” and “Do Anything” slogans—has set both brands on parallel roadways toward developing capable 4x4 SUVs. Jeep’s mainstream approach has given four-wheel-drive access to a great swath of humanity, and the brand has successfully satisfied those who want a more premium experience behind the wheel with the Grand Cherokee. Jeep’s efforts don’t stop there—a Grand Wagoneer is in the works, which will supplant the Grand Cherokee at the top of the Jeep lineup.

Land Rover’s offerings have traveled a more exclusive path, but its off-road heritage has not been forgotten. With the new Defender, the brand has shown what it’s capable of while satisfying those who want a luxury experience. 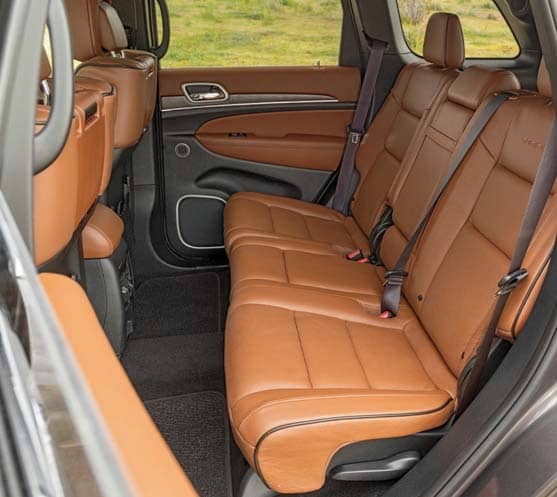 With the Grand Cherokee and Discovery established as capable veterans, we asked ourselves if the luxury experience in the Land Rover is worth the premium over the mainstream but talented Jeep.

Boasting space for five and ample cargo room, the Grand Cherokee is available in seven trims; from the wallet-friendly Laredo starting at $33,645 to the asphalt-rippling 707-hp Trackhawk, there’s a Grand Cherokee for almost everyone. Its unibody structure, derived from the old but still good Mercedes- Benz ML-Class platform, has received few improvements since the fourth generation made its debut more than a decade ago. But by bringing midcycle updates to its interior and exterior design and adding new engines and trims, the Grand Cherokee doesn’t feel like it’s about to be redesigned after a 10-year run. 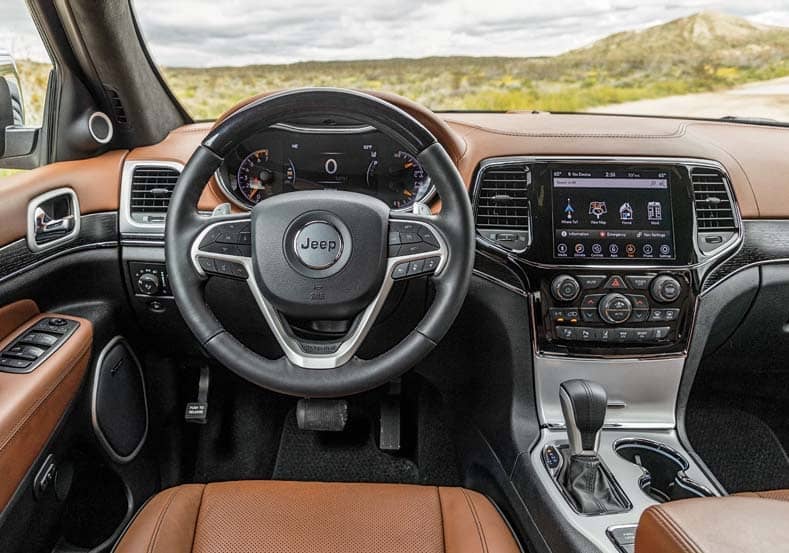 Our Summit tester is the head of the mainstream Grand Cherokee family and distinguishes itself from other Grand Cherokees with its 20-inch wheels, new fascia, grille, and LED lamps. Although the Summit keeps the 3.6-liter V-6 as the standard engine, we drove a unit with the optional 5.7-liter V-8, which delivers 360 hp and 390 lb-ft of torque via an eight-speed automatic. As with most Grand Cherokees, our Summit came equipped with the Quadra-Trac four-wheel-drive system, and its air suspension provides a smooth ride on pavement while helping clear obstacles during off-road driving. 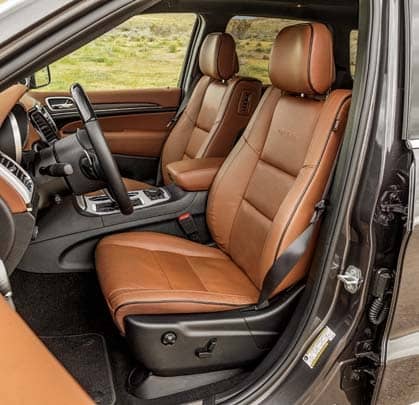 Although the Discovery sits at the middle of Land Rover’s lineup, the SUV offers space for five passengers, with an optional third row for a 5+2 configuration. The Discovery has been around since 1989, and it was Land Rover’s first off-road-oriented family SUV. With the fourth generation arriving in 2017, the Disco now shares its platform with its bigger, more opulent siblings, the Range Rover and Range Rover Sport. Besides changing its design completely, the Discovery got a brand-new interior that’s more advanced and elegant than ever.