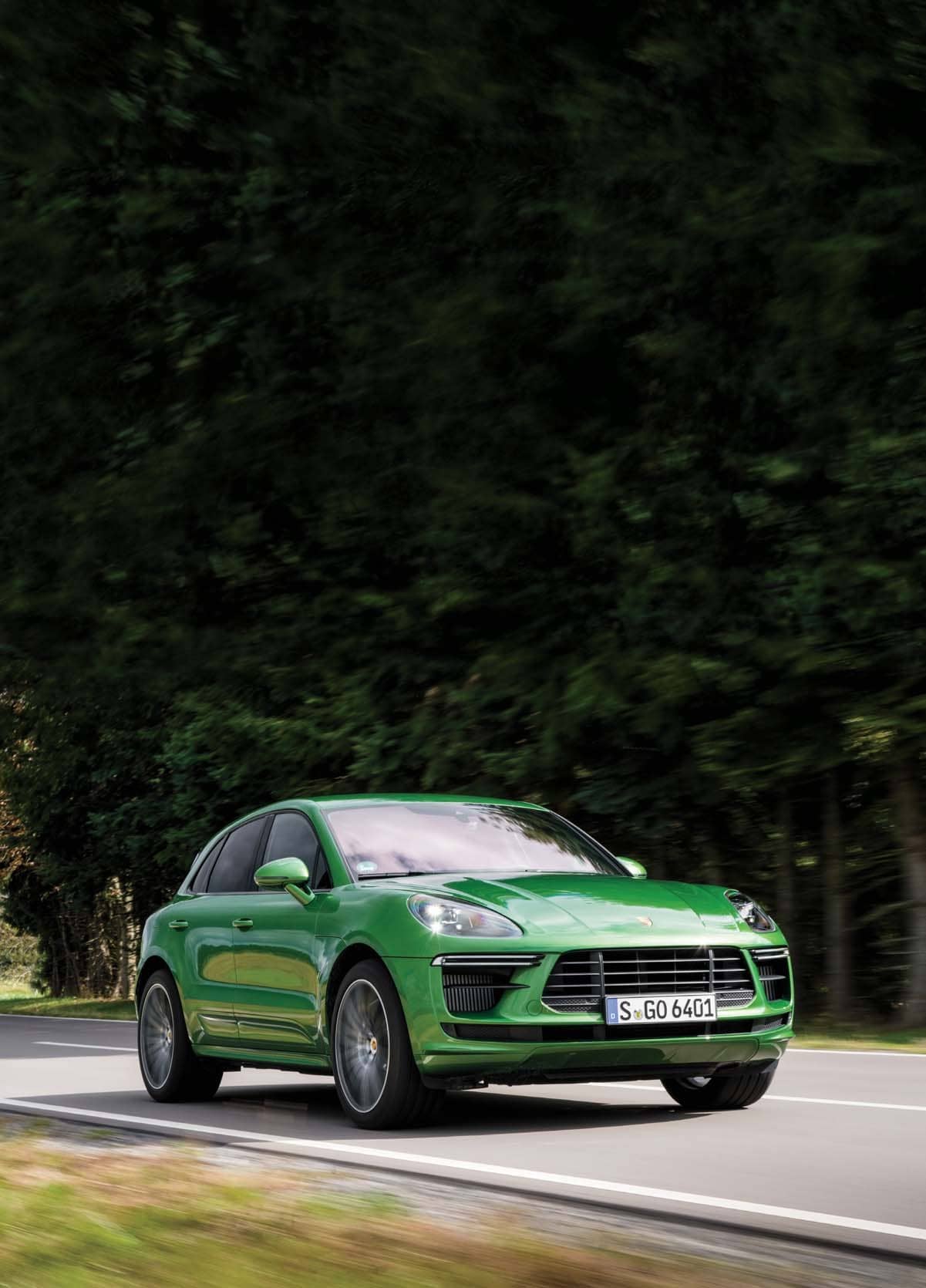 Porsche’s Turbo SUV gets more boost and a hefty price bump, but where’s the urgency?

What does the concept of a Porsche Turbo mean to you? For me, it’s about nailing the throttle and experiencing acceleration so mind-bending that I can’t breathe. Turbo pins you back in your seat, scrambles your synapses, makes you laugh while you cry. You gasp for air because the intakes have removed all oxygen from the atmosphere. Turbo plays with your emotions so thoroughly that spending $50,000 over an S trim on a 911 or Cayenne seems totally justifiable.

Nobody knows this better than Porsche itself, which has recently defied all conventional logic by affixing this storied moniker to the decidedly not-turbocharged Taycan electric vehicle. And in doing so, Porsche is reminding us that if you’re looking for no-holds-barred performance, go for Turbo.

It’s a curious conundrum, then, that the 2020 Macan Turbo doesn’t instantly create this level of desire. Yes, it’s quicker than the previous model, and a 0–60 time of 4.1 seconds places it just a smidge behind a base 911, but somehow it fails to deliver on the chest-bursting exhilaration of its more expensive (and admittedly more powerful) brother.

So what’s the discrepancy? Perhaps it’s less a question of thrust than of character. After it sat on the sidelines for 2019, the Macan Turbo returns with a new heart in the form of a 2.9-liter twin-turbo V-6, an engine that also sees duty in the Cayenne S and Panamera S. Here, it pumps out 434 hp, 34 more than the previous 3.6-liter V-6 it replaces. Torque is down a negligible 1 lb-ft, to 405, but it’s also delivered on an impressively flat curve from 1,800 to 5,500 rpm. Top speed has increased 3 mph, to 167. So far, so good.

Give it the ol’ Turbo test, however, and that’s when the Macan delivers the goods without rearranging your organs. Thanks to that flat torque curve, impressive shove is available practically anytime you ask for it. The recalibrated seven-speed dual-clutch transmission and standard all-wheel-drive work seamlessly together in putting down the power. Yet all that effortless punch of momentum is delivered with a cold, anodyne efficiency. I’m left wanting for drama.