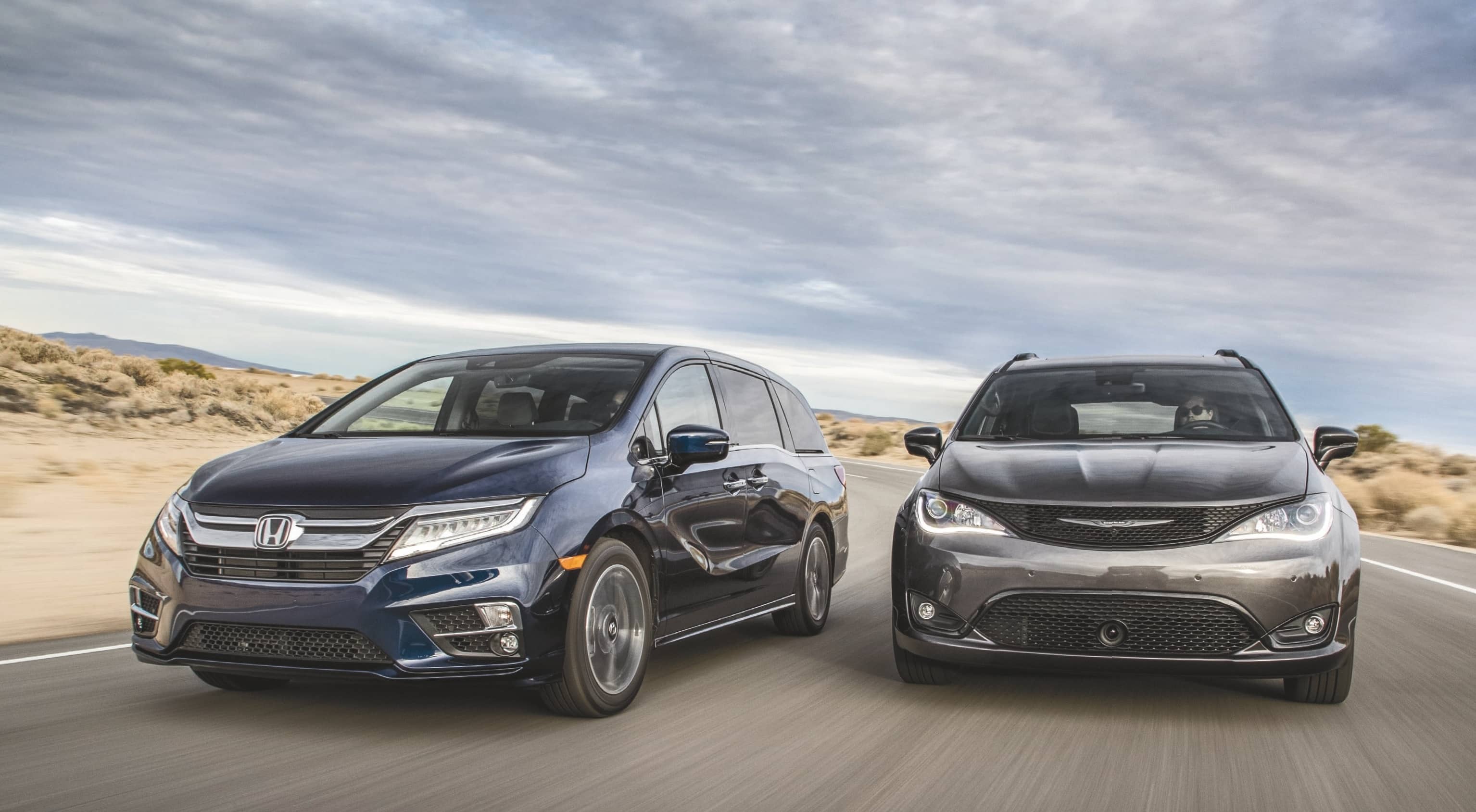 Several automakers offer a minivan, but none devotes more dollars and engineers to the design and engineering of clever, useful features than Chrysler and Honda do.

For better and for worse, minivans are the default answer to the question: I have kids; what car should I get? They were once all the rage, they became wildly uncool, and now they’re somewhere in between. If minivans are going to cut down the nets, they need to be represented by the best of the best.

Evidence of how closely matched the Pacifica and Odyssey are is spread across our notes. Disagreements over which interior was noisier on what surfaces and at what speeds, which engine felt more powerful, and which went around a corner more confidently illustrate how tight this matchup is.

There were clear agreements, though. We found the Pacifica rides better on all surfaces, its passengers feeling less jostled on rough pavement than those in the Odyssey. Likewise, we found the Odyssey’s transmission clearly superior while the Pacifica was a bit lazy to shift and occasionally clunky.

All of that can affect passenger comfort or confidence, but this comparison was won and lost on features. For that, we can start in the crucial second row.