I grew up surrounded by minivans. Whether it was the Chrysler Voyager or the two Ford Windstars we had in Mexico City in the late ’90s or the two Honda Odysseys and the Toyota Sienna my mom drove when we moved to Texas, our family sought spacious and comfortable family haulers.

And we made good use of them. We spent countless weekends and holidays â€‹driving from Mexico City to Acapulco and Cuernavaca. We’d drive from Houston to Mexico City during the summers, went to New Mexico for a ski trip, and visited all of Texas’ major cities several times.

A big family like ours needed a vehicle with plenty of space for six and their gear, and back then, a minivan was the only option. Space, safety, and reliability were at the top of my parents’ list of must-have transportation features. SUVs were for off-roading, not the road trip or morning school run.

Fast-forward to today, and the automotive consumer scene could not be more different. Americans have largely ditched minivans for three-row SUVs. In the past decade and a half, about a dozen minivans have been discontinued. And in the past three years, new names like Atlas, Ascent, Telluride, and Palisade have joined the hyper-competitive three-row SUV segment.

What caused the shift? Consumers’ preferences have changed. Features like all-wheel drive are now seen as essential. Gone are the choppy driving manners of yesteryear’s SUVs; they now have the same carlike driving feel of minivans without losing their towing and light off-roading capabilities.

With so many options, it’s difficult to know which of today’s three-row SUVs is best, especially as most of the options are all-new or have been significantly updated in the past couple years. We tested nine three-row SUVs and looked at their driving dynamics, comfort for families and roominess for their gear, intuitiveness of infotainment technology, and of course value and safety, all so we could answer one question: What’s the best three-row SUV on the market? 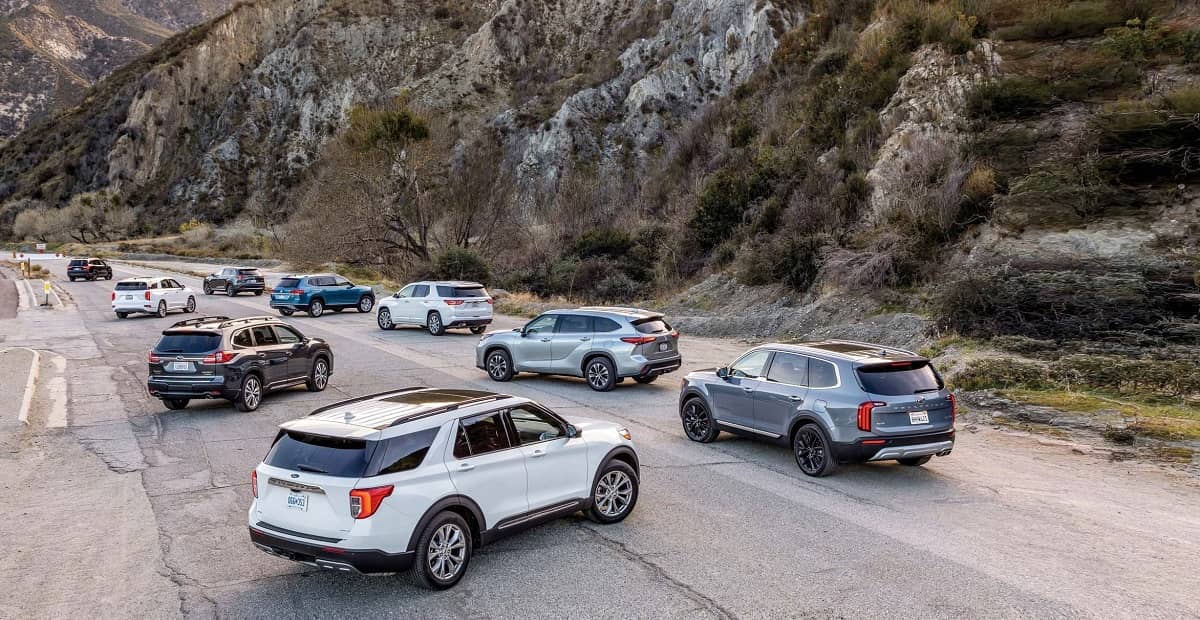 This contest pits the 2020 MotorTrend SUV of the Year against several newer entrants and some segment stalwarts. Can it handle the burden?

If you prefer an SUV that stands out from a crowd, the Kia Telluride, crowned SUV of the Year for 2020, gets a lot of attention. Kia’s new three-row SUV brings fresh style to the SUV’s traditional boxy design. It also delivers a ton of value—at $47,585, our Telluride SX arrived with heated and ventilated seats in the first and second rows, a panoramic sunroof, and USB ports for all three rows.

The 2020 Toyota Highlander is both the newest SUV of the pack and also the segment sales leader. Entering its fourth generation, the Highlander comes with sleeker lines and a bolder design inside and out. Our mid-trim XLE tester was priced at $42,320—the least expensive SUV in the test (by thousands of dollars) but, when you look around its interior, clearly not the cheapest. With its leather seats, 18-inch wheels, power liftgate, and an 8.0-inch infotainment touchscreen with Apple CarPlay, Android Auto, and Amazon Alexa, the Highlander brings tremendous value.

The Hyundai Palisade shares the same platform, engine, and suspension as the Telluride. But the two Korean SUVs are different, inside and out. The Hyundai is a bit more expensive as equipped, with our Limited model carrying a sticker price of $48,205. Like the Kia, the Palisade adds a lot of features and materials that the rest of the field can’t match.

Subaru got tired of its loyal customers leaving for other brands when their families got bigger, so the Ascent was conceived with the American market in mind. The Ascent Touring we tested came with handy interior features and camel-colored leather seats. For $47,017 as equipped, the Ascent carries strong value.

The Mazda CX-9 was launched back in 2016, but its design continues to be among the freshest in the segment. The CX-9 has been known as the driver’s SUV; it has impressed us with its handling and maneuverability. Our Signature-trim tester had nice materials and was decently equipped, but its $47,715 price tag seemed a bit too high for what you get. Its cabin feels narrower than the others, and its technology is aging.

The Honda Pilot is the longest-tenured SUV in this group. Our Black Edition was the only Pilot available (but at least Honda provided one; Nissan declined our request for a final-year Pathfinder). Our Pilot arrived with a price of $50,740, the highest in this test, but its design package makes it a strong value that has aged well.

The Volkswagen Atlas is the only European player in the segment, and it has a distinct personality. With 20-inch wheels, a second-row bench seat (captain’s chairs are optional), and heated front seats, the $49,390 Atlas SEL feels pricey when you compare it to the Koreans. But it’s enormous inside.

Based on a new rear-drive unibody platform, the Ford Explorer has been re-engineered from the ground up for the 2020 year-model. The platform is a first for the Explorer, and Ford updated the new generation with an angular design and a more spacious cabin. Our XLT tester arrived with a price of $47,715 and a surprisingly short list of amenities. 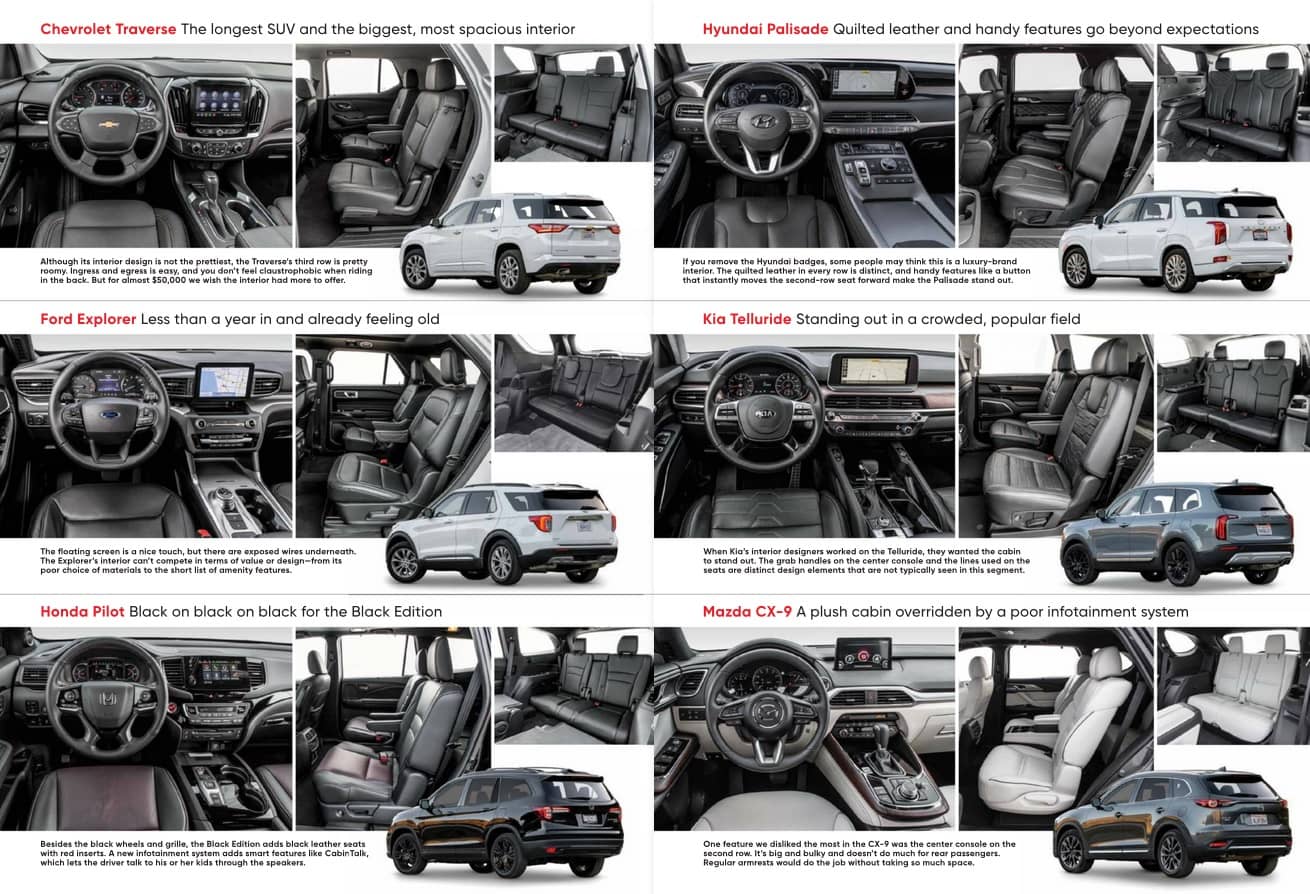 Completing the field is the Chevrolet Traverse, the biggest three-row SUV in the segment. With gobs of cargo room and ample passenger space, the Traverse has been a popular model for Chevy. Our $47,990 Traverse Premier arrived with an easy-to-use 8.0-inch infotainment screen and a video rearview mirror, which can project a camera view onto the mirror in case passengers or cargo block your view.

Even more than driving dynamics, buyers of big SUVs want convenience and space. But they also don’t want a crude box. Every day, you run errands, pick the kids up from school, and commute to work. That’s a lot of time inside your vehicle. And when you’re spending nearly $50,000 for an SUV, you want it to look and feel plush, spacious, and comfortable. 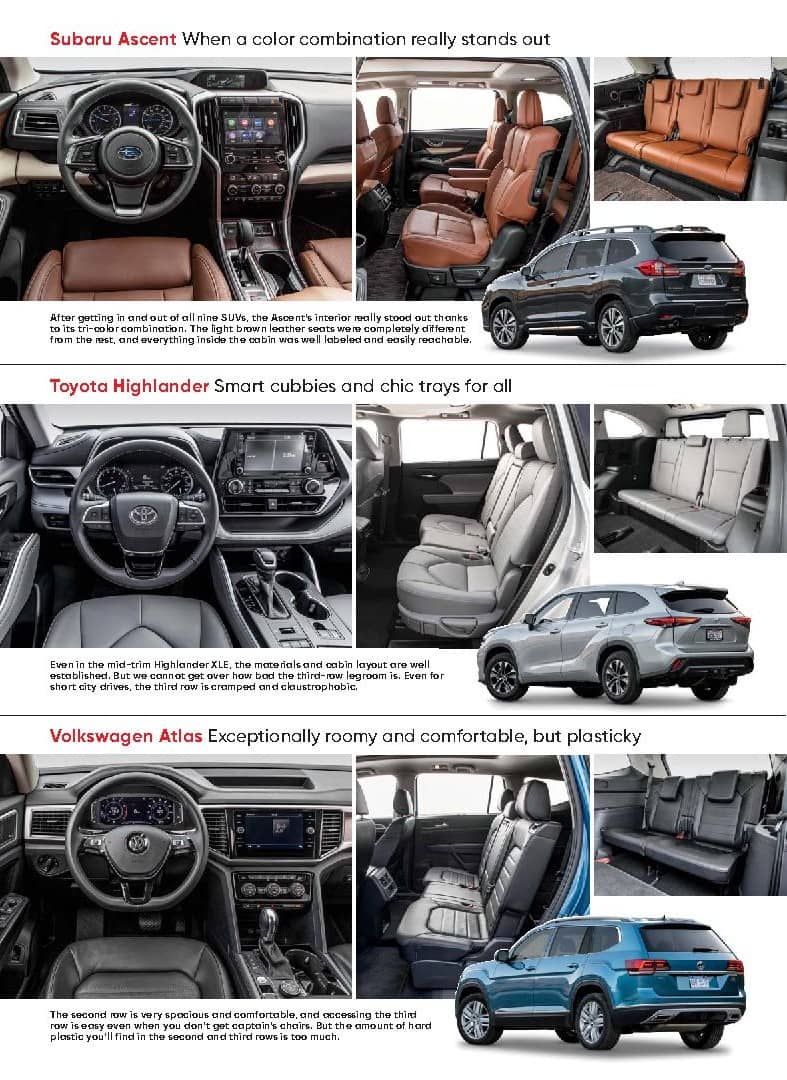 The Kia Telluride was the SUV with by far the most sumptuous interior. The quilted leather, spacious second row, and 10.25-inch touchscreen are all traits of today’s luxury-brand SUVs, but this one comes at a mainstream price. The Telluride also shines by virtue of its multiple smartly positioned USB ports in the first, second, and third rows. “Getting into the Telluride after the Highlander was like being upgraded to business class on a long flight,” features editor Christian Seabaugh said.

The price difference between the two is more than $5,000, but the upgrades go even beyond that. “All the buttons, knobs, and switches in the Telluride have the extra-premium feel you would expect from a higher-end brand,” editor-in-chief Mark Rechtin said. 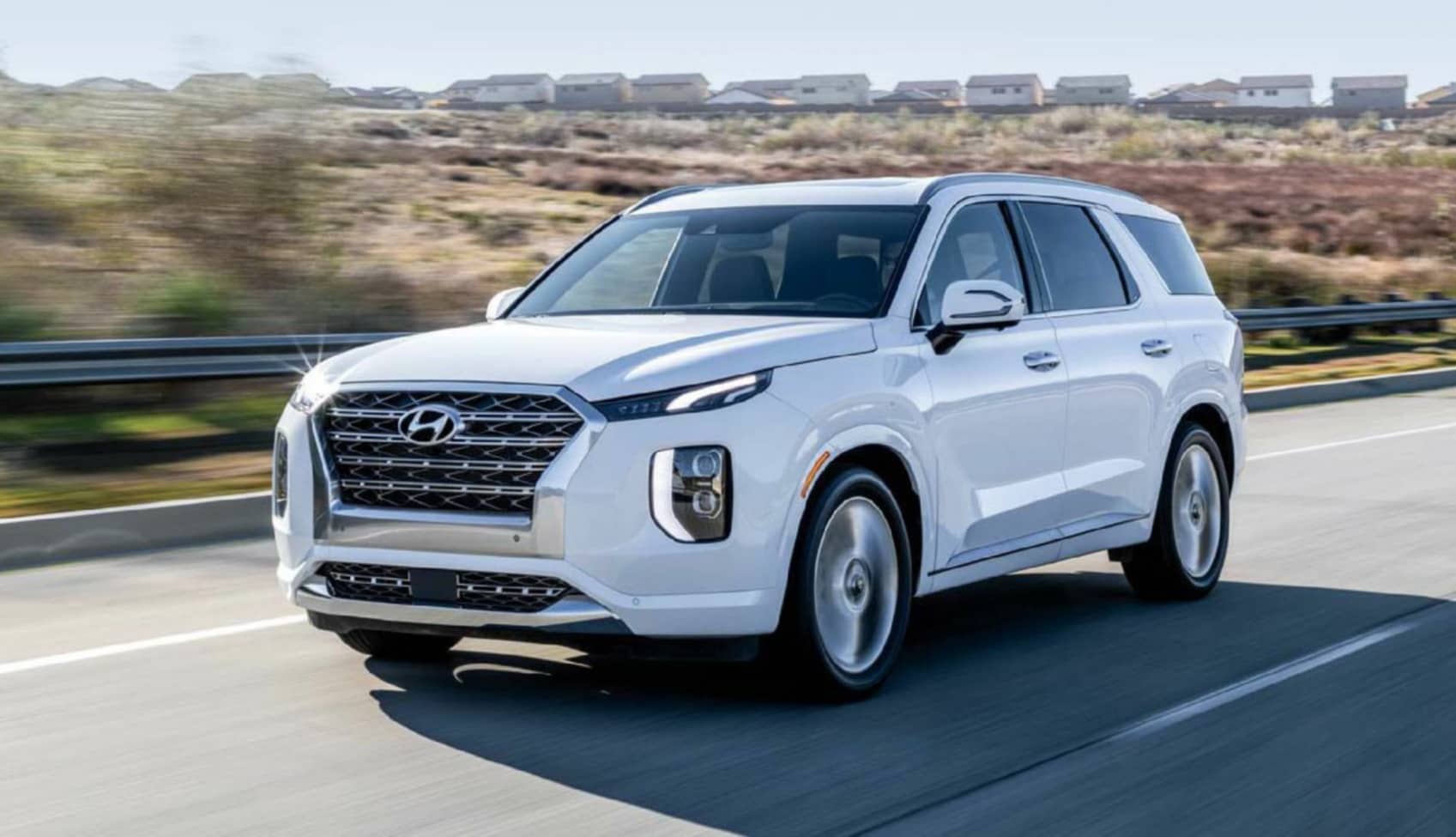