ELVA HAS LEFT THE BUILDING 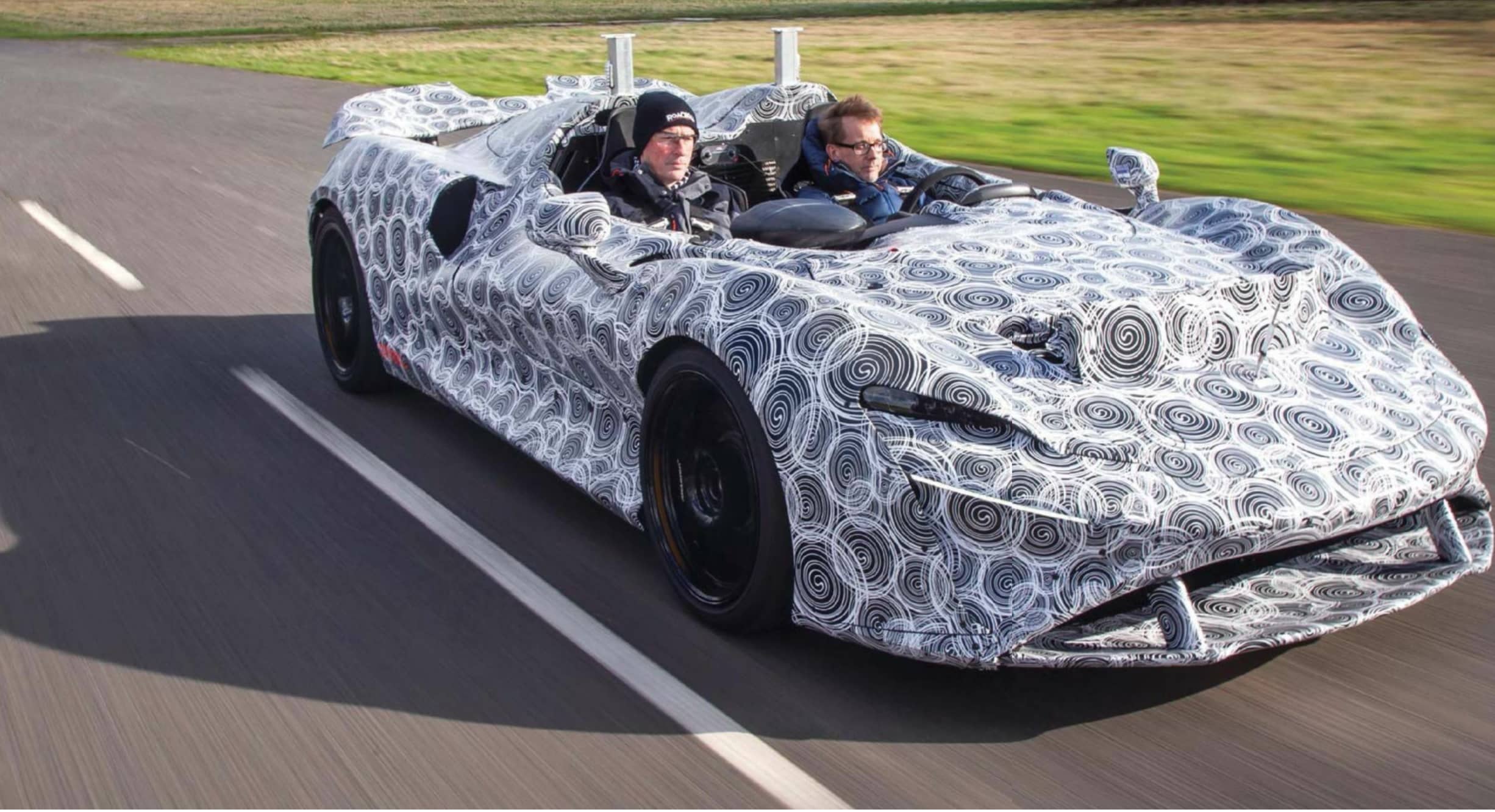 NO WINDSHIELD? NO PROBLEM. MCLAREN’S 804-HP HYPERCAR WON’T MUSS YOUR HAIR. BUT AT $1.7 MILLION, IT WILL LIGHTEN YOUR WALLET.

The Bugatti Chiron Super Sport 300+ is the fastest road car in the world, boasting a top speed of more than 300 mph. Lotus claims its forthcoming all-electric Evija will have 1,972 horsepower, making it the most powerful road car ever built. And the Czinger 21C, said to be able to sprint from 60 mph in under 1.9 seconds, promises to be the quickest hybrid road car in history.

One-upping your well-heeled buddies is getting tougher by the day. Spending $1.7 million on an 804-hp mid-engine roadster that doesn’t have a windshield? That’ll get them talking.

Enter the 2021 McLaren Elva. I’m sitting in the passenger seat, on a blustery winter day in the south of England, taking in triple-digit speeds with McLaren test driver Kenny Bräck.

We’ve already given you a brief overview of this car, the newest—and perhaps most controversial—car in McLaren’s Ultimate Series lineup, just 249 of which will be built. But now we’ve ridden in an early prototype and can answer the question you all want to ask: Yes, the F1-inspired aero technology McLaren says will isolate the Elva’s occupants in an invisible “bubble of calm” from 30 mph to 70 mph seems to work.

How? Air entering the large intake at the front of the Elva is directed through a series of vanes and turned through 130 degrees, exiting at high speed through a large vent on the front deck. The force of that airflow, combined with the effect of a Gurney flap that deploys at the leading edge of the vent at 30 mph, creates an invisible wall of air that pushes the air streaming over the Elva’s front deck up and over the heads of occupants. An invisible windshield, if you will. 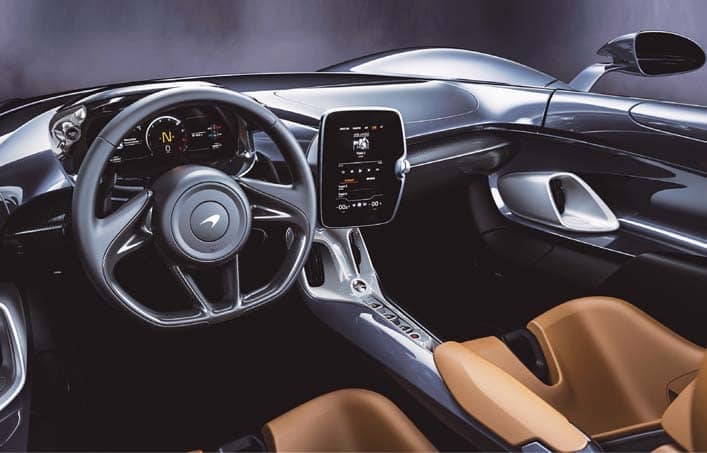 McLaren says you’ll be able to drive the Elva at normal road speeds without wearing a full-face crash helmet. And a ride with test driver Bräck at Dunsfold, home of the Top Gear test track, on a cold and blustery winter’s day, confirmed McLaren’s Active Air Management System (AAMS) dramatically slows the air flowing through the cockpit.

You might not need a full-face helmet under 70 mph, but wearing glasses or goggles is still a good idea—the complex system of turning vanes buried in the Elva’s bodywork, tuned using the same techniques that direct airflow with millimetric precision on a McLaren F1 racer, is not much good against gravel flung off the tires of other vehicles.

Code-named P26, the Elva is explicitly designed to deliver a visceral driving experience, according to McLaren’s head of global product management, Ian Digman. And, he says, its mission statement complements those of both its McLaren Ultimate Series stablemates, the Senna and the Speedtail.