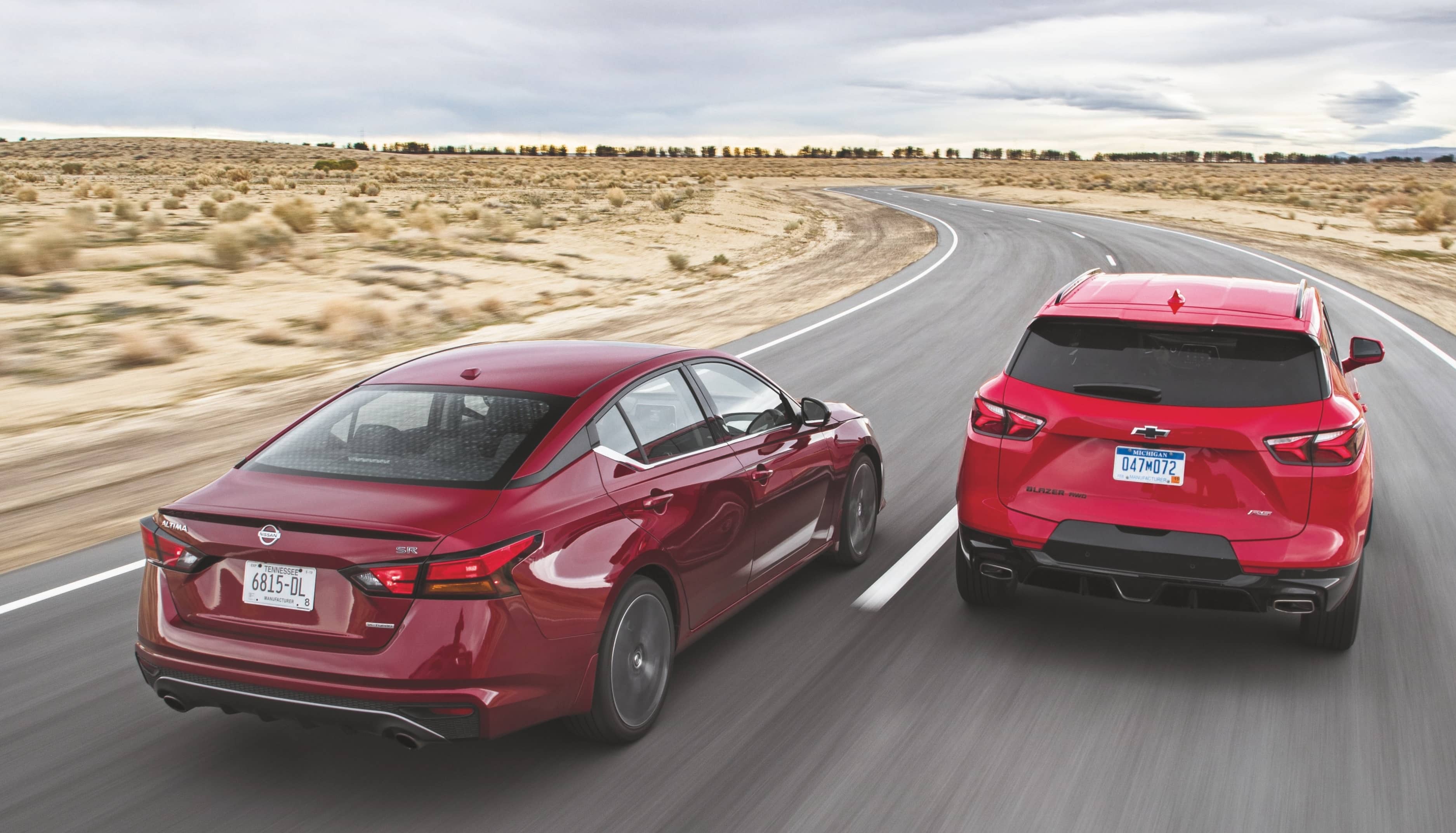 Military air traffic isn’t uncommon while visiting the Honda Proving Center. Fighter jets zip by, and bombers lumber across the sky from the many nearby Air Force and Navy air bases. But we don’t often get a show like we got while comparing the Blazer and Altima.

Two F/A-18 Super Hornets stole our attention as they practiced dogfighting. Each Hornet danced through the air, twisting, turning, and falling as each pilot attempted to point the jet’s nose at the other. After a few minutes, with no clear winner to us on the ground, they formed up and zipped north back to base.

Unlike what we’d witnessed, our military often practices dissimilar combat training, when two wildly different jets practice against each other. 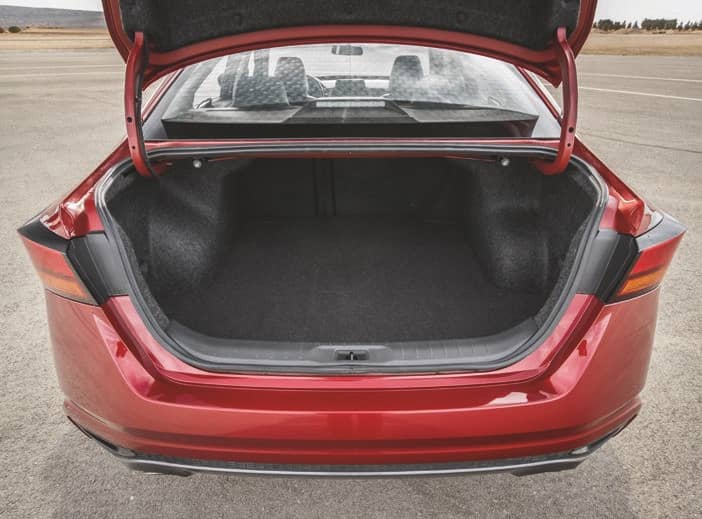 What’s this have to do with the Blazer and Altima? Simple: When buying a car, many people choose from dissimilar vehicles that meet their needs in different ways. You can learn a lot from comparing vehicles within their segments. Sometimes, though, you can learn a lot more by crossing those segment lines.