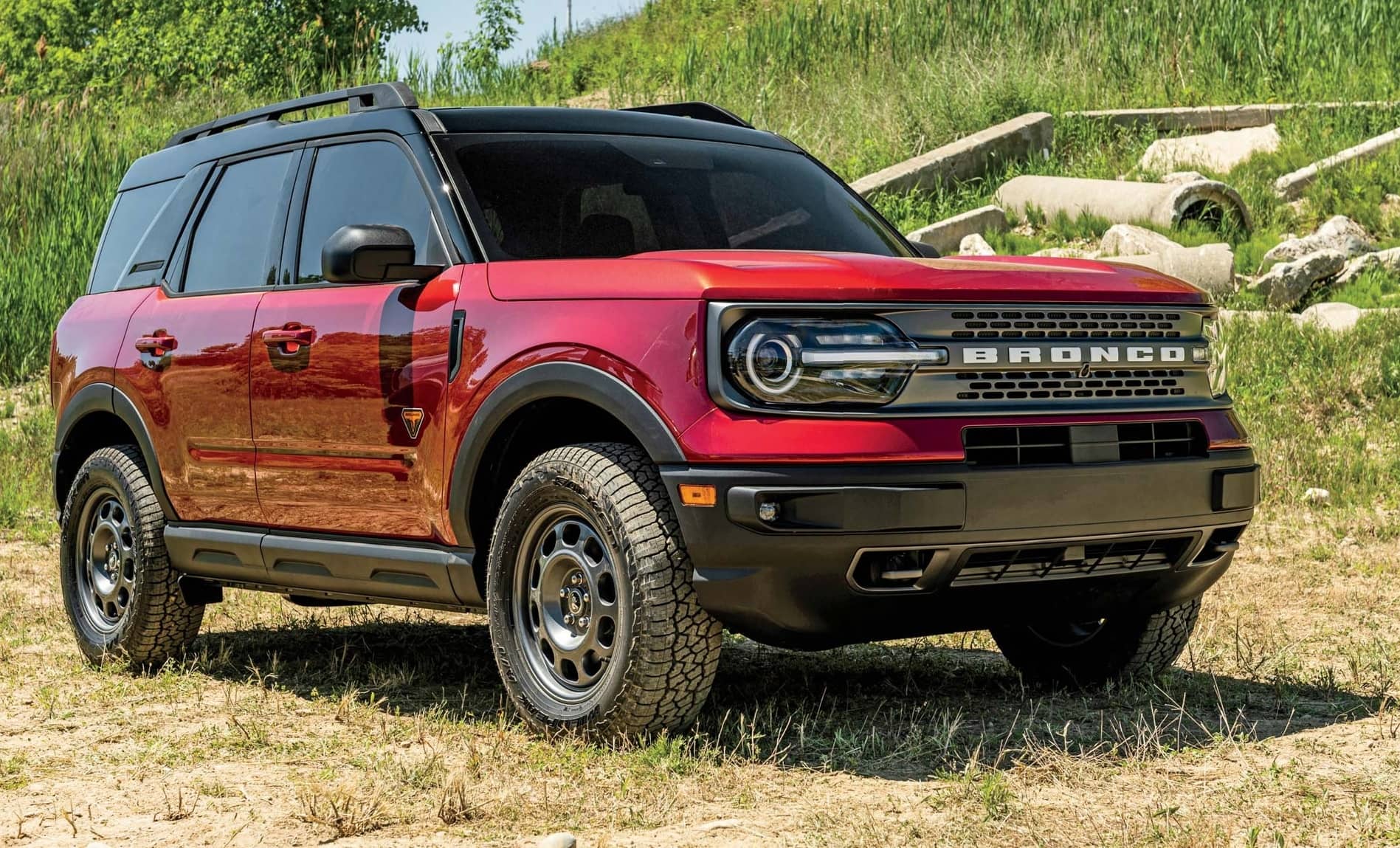 A LITTLE FORD YOU COULD REALLY ESCAPE IN

Every Jeep model carries a spark of the original flame kindled by the iconic WWII Willys original. This makes it way easier to sell Jeeps, even the ones that don’t still resemble the primordial jeep.

Ford (which incidentally built almost as many original jeeps for the war as Willys) wants in on that action. So it’s reviving its own nostalgic icon—the Bronco— and aiming it squarely at the Wrangler. But only one in four Jeeps sold in the U.S. is a Wrangler, and Ford needs its Bronco-mania to entice a wider audience. Behold the Escape-based Bronco Sport.

Yes, the Bronco Sport shares about 80 percent of its parts with the Escape, not the Bronco pater familias, but the sun never hits most of them. The two trucklets certainly look nothing alike. The 1.5-liter three-cylinder and 2.0-liter four-banger turbo engines and their power ratings carry over from Escape, though torque is downrated slightly for the Bronco Sport (2 and 5 lb-ft, respectively). The eight-speed automatic transmission carries over, too—with calibration changes—and there are two all-wheel-drive systems: the Escape’s and a torque-vectoring one for the Badlands trim level.

The suspension features unique control arms and knuckles that increase the suspension travel and broaden the front and rear track by 0.8 inches, bringing the tires right out even with the bodywork (rendering Bronco Sport unsalable in Europe). Unique springs and special 46mm-diameter monotube shocks greatly increase the oil capacity and hence the heat dissipation of these shocks when running fast over rough terrain.

The electric power steering is programmed to match the different drive modes and to provide added damping in rock-crawling modes to prevent the kickback such conditions can cause. All of this helps assure the Bronco Sport can deliver the off-road credibility its name, boxy mien, and round headlamps promise.

See, if the big Bronco is to be Ford’s Wrangler, then other vehicles borrowing its name also must be able to sling sand and climb rocks—just as Jeep’s Trail Rated variants of its crossovers also must live up to those expectations. Therefore, there will be no front-drive or low-ground-clearance Bronco Sports—no BINOs (Broncos In Name Only). And among the broader Bronco family, you can expect the Badlands trim to be the most capable off-roader, like Jeep’s Trailhawk or Rubicon variants.