New Schumi on the block 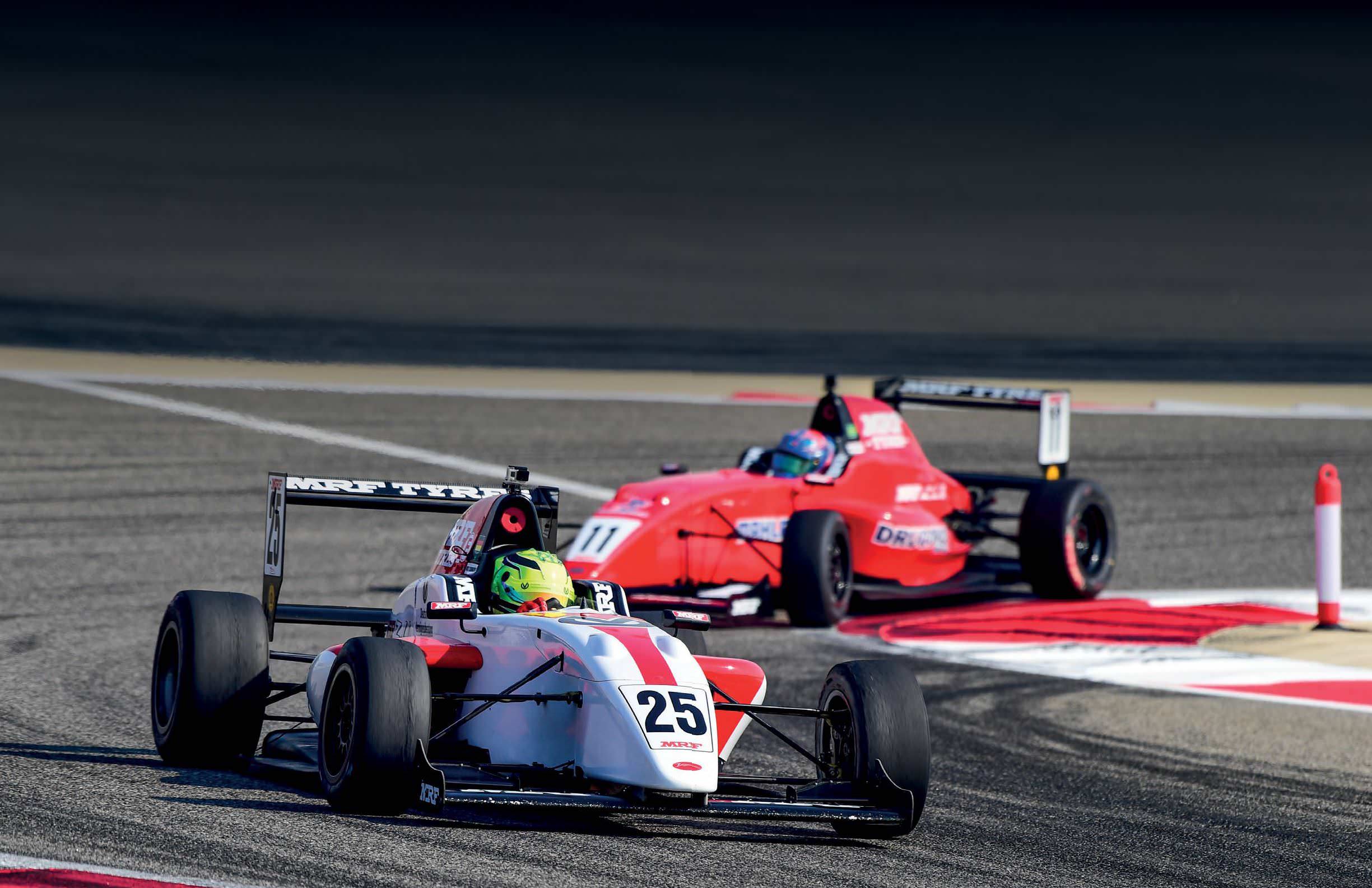 Mick Schumacher makes a return to the MRF Challenge and notches up a brace of wins.

OVER THE PAST THREE seasons the MRF Challenge has established itself as a credible winter series attracting some of the brightest up-andcoming talents from Europe. 2016 ramps things up with a new car, new tyres and two rounds in India giving Indian racing enthusiasts the chance to watch (and for some, even race against!) a future Formula 1 driver (if not champion!). The series started off as a support race to the World Endurance Championship final, the 6 Hours of Bahrain. This was significant as it marked Audi’s last race in the WEC before bowing out (Audi took an emotional 1-2 ahead of Porsche). The second round will move to the Dubai Autodrome and then will come the Indian rounds at the Buddh International Circuit and MMRT.

The 2016 car is based on Formula 3 regulations and is made by JA Motorsport, in technical collaboration with Italian racing constructor Dallara. The car will be powered by a new 2-litre Montune Duratec engine, which now pumps out 230bhp (30bhp more than the 2015 car) mated to a 6-speed Hewland sequential gearbox. MRF has redeveloped their racing ZLO slicks to match the new vehicle’s performance capabilities. There may be the possibility of a paddleshift mechanism as well as minor engine upgrades, which should be ready to fit by the time the series comes to the country.