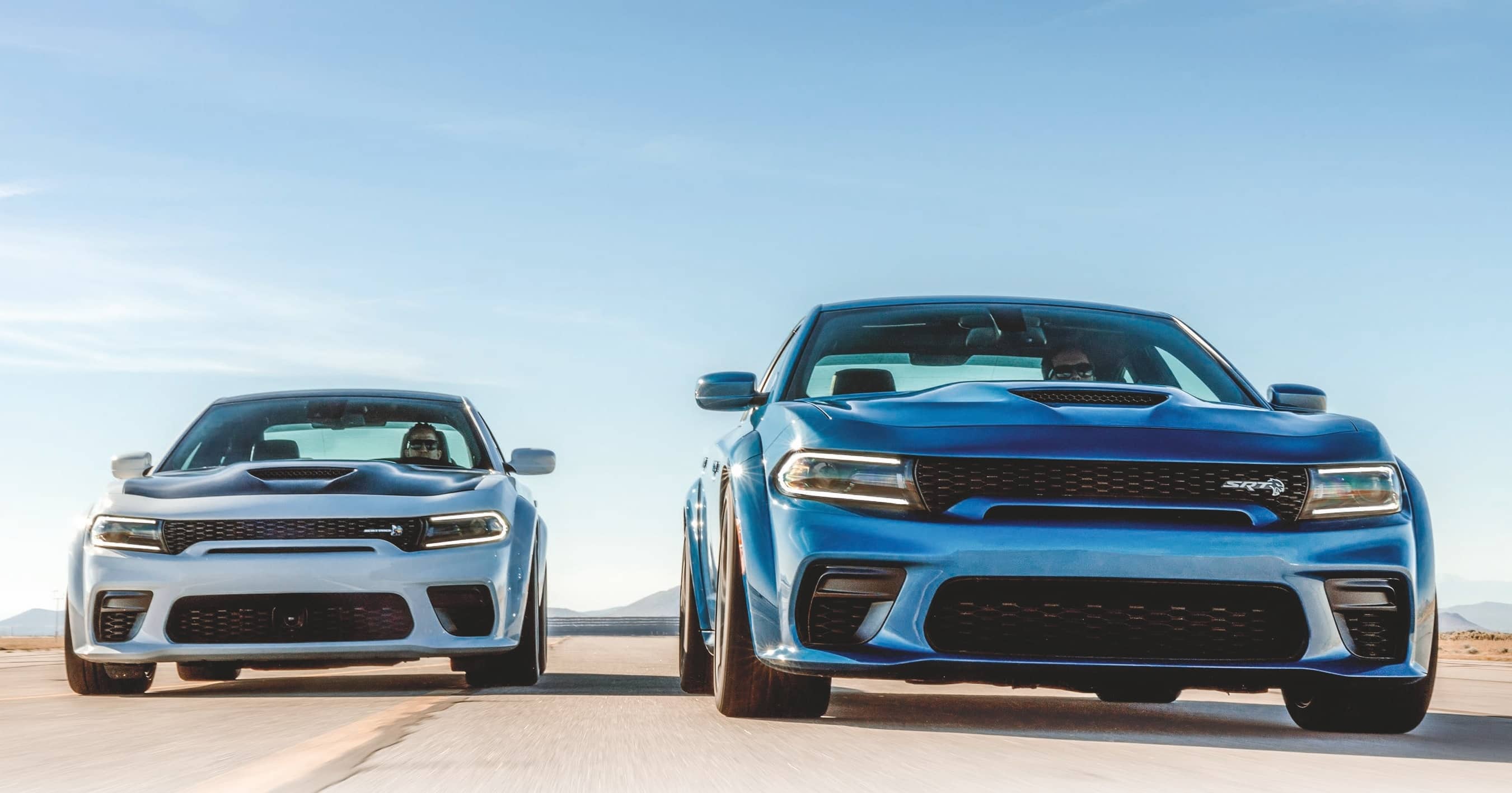 We knew it was just a question of time before the designers and engineers at FCA would apply the widebody treatment to the Charger. Well, at the FCA, during the “What’s New” media event at the Chelsea Proving Grounds, the wraps finally came off.

The Charger SRT Hellcat already lays claim to be the most powerful and fastest production sedan in the world with a top speed hovering around 200 mph and e.t.’s below 11 seconds. But the new widebody package reinforces Charger’s unanimous title among casual and hardcore enthusiasts for being America’s only four-door muscle car.

The funny thing is we sort of caught a whiff of the Charger widebody over 16 months ago and in plain sight. Unaltered cellphone images began to appear on the internet of a Charger engineering mule vehicle with substantially radiused front fenders, rear quarters, and with no wheel flares, running around FCA’s world headquarters in Auburn Hills, Michigan. The unofficial word was that the purpose of the vehicle was to season or heat cycle the massive 315/40R/18 Nitto drag radial tires for testing on Challenger SRT Demon engineering prototypes. 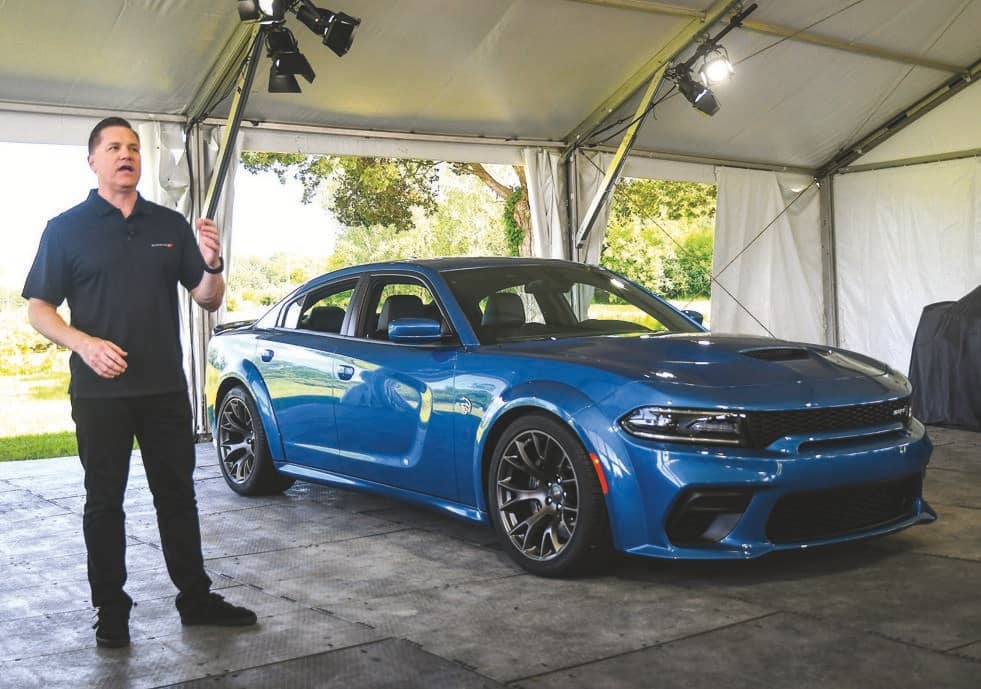 OK, sounds logical enough, but those in the late-model Mopar community began to speculate that this Charger mule was indeed a sign of a future model to give new life to an already aging platform. The four-door Charger’s bones have been around for over a decade, yet it has been updated over the years with numerous engine, chassis, suspension, driveline, and technology improvements. Despite being an “old” platform, the Charger has done well in a market that is shrinking by the month as more new car buyers feel the need to drive pickup trucks, SUVs, and even those god-awful CUVs. But for gearheads who need four doors to appease their spouse and keep the kids safe and comfy while hauling all their stuff, the Charger has filled that small but all-important niche market segment extremely well. The numbers also don’t lie either: Charger has been the sales leader in the U.S. full-size car segment for five straight years. That’s why the automaker took a page from the Challenger widebody playbook to create a Charger widebody from an engineering and marketing execution standpoint.