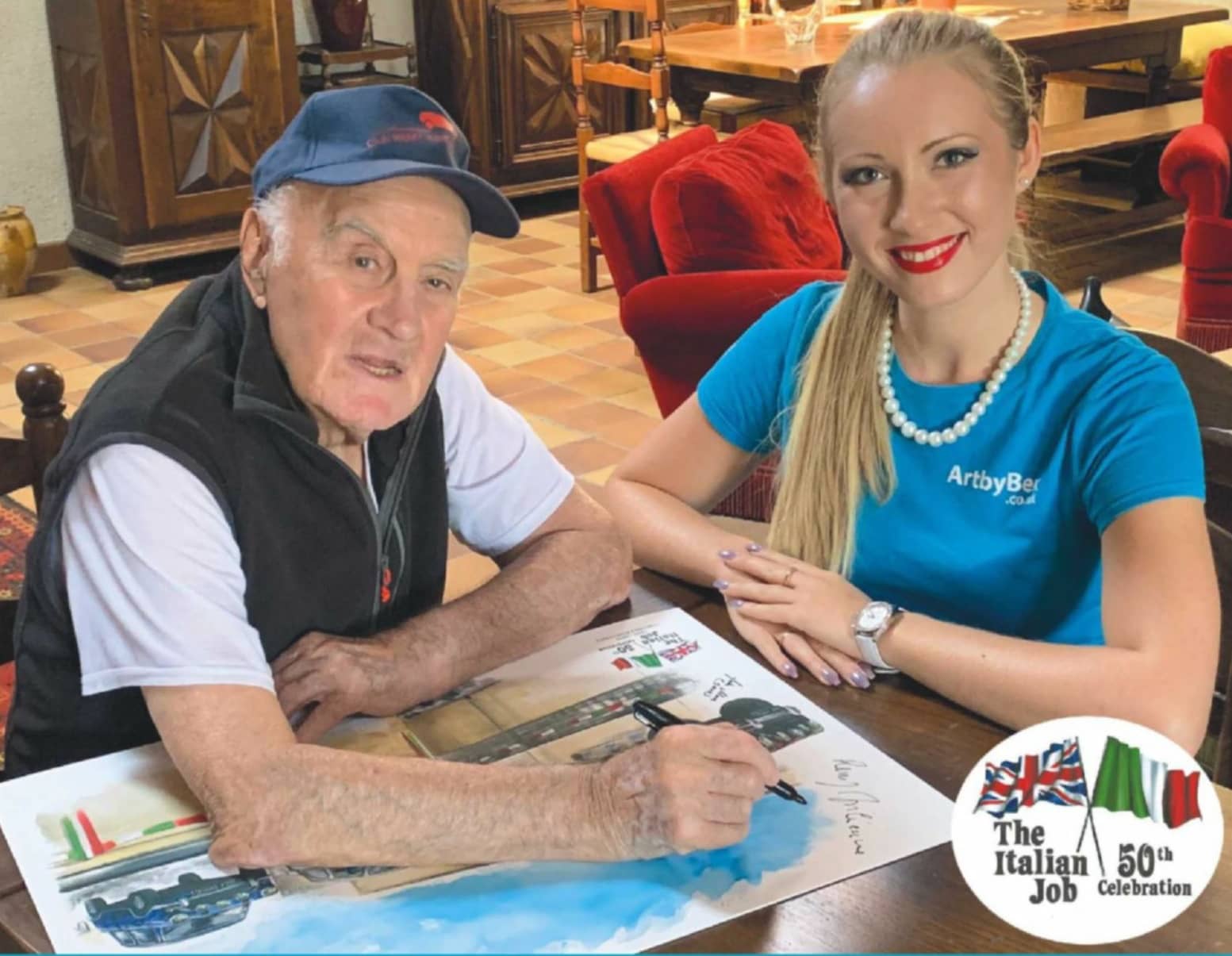 We’re celebrating the 50th Anniversary of one of the greatest British Films ever made – The Italian Job of ’69 with Bex “The original Mini Coopers were the real ‘stars’ in the Italian job.

The stunt drivers made these Coopers ‘fly’ around back streets of Turin, through the shopping arcades, down the Cathedral steps, through sewers, across the weir and flying off the tops on the buildings.

Those fearless stunt drivers created the most memorable, daring death-defying car choreography ever seen at the cinema. The mini car stunts were orchestrated by the ‘best in the business’, French ‘Star’ Remy Julienne, the all time, ‘King of Motor Stunts’. With Remy in the stunt team were drivers, David Salamone and John Morris amongst others. Their driving skills made this this most famous unforgettable Action caper heist Film of all time.

Bex has been busy this year creating her iconic,’ Italian Job 50th Anniversary collection’, so what can you tell us Bex?

“As you know, I always my put heart and soul into these exclusive artworks. Each painting is my bespoke original, which I’ve then turned into an exclusive limited print artwork featuring the famous iconic ‘Mini’ action scenes. Each of my Bex artwork prints has been personally signed by the actors and stunt drivers that appeared in the fi lm, as well as, numbered for supreme exclusivity.”

How did you manage to get these celebrities to sign each print?