We caught up with Martin Davies of British Motor Heritage during production of their MkI Mini shells, including the shell for Mike Brewer’s #ProjectFrankie

Since 1975, British Motor Heritage have been helping to keep the classic British car scene alive by manufacturing genuine components for both owners and the wider marketplace. They have all of the original tooling from Longbridge in their factory in Witney, Oxfordshire and are able to produce the original body shells from 1976 onwards.

They only started to explore the possibility of making MkI shells in 2015, the prototype of which was launched at the NEC in 2017. The prototype was met with some criticism (which is to be expected, and was the purpose of the exercise). They took all of the advice on board and over the last few builds have improved the process. The end result is a solid MkI body shell. We went to the factory during production of a batch of 42 Minis, 10 of which are MkIs. It feels like owners are really starting to understand the benefits of using a fresh shell and the advantages of restoring a MkI that way. Something that is made clear by their latest convert, TV favourite Mike Brewer from the Discovery channel. Mike is looking to restore his 1964 Cooper S, Frankie, with some help from Andy ‘Ace’ Harrison. It was fascinating to follow Mike’s shell around the factory and experience the intricacy of work. Martin Davies talked us through the process and answered that age-old question… if you replace a shell is the car still original? 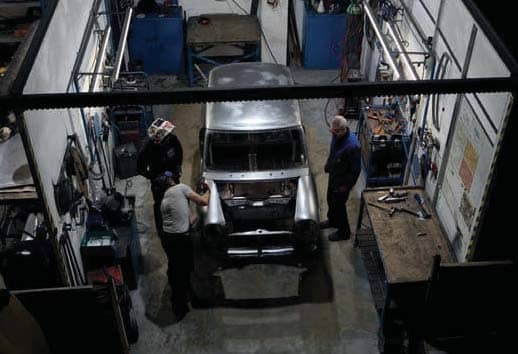 What are the benefits of using a complete shell?

To start with its all clean and solid, with no rust, it’s ready to go. You can do the restoration yourself, restore the subframe, engine and interior and you’re done, rather than spending months alone taking out the rust and old panels. A lot of people go for the panel by panel approach to a full restoration which is one of the reasons that we offer the two alternatives. It’s great to think that we are keeping the scene alive. 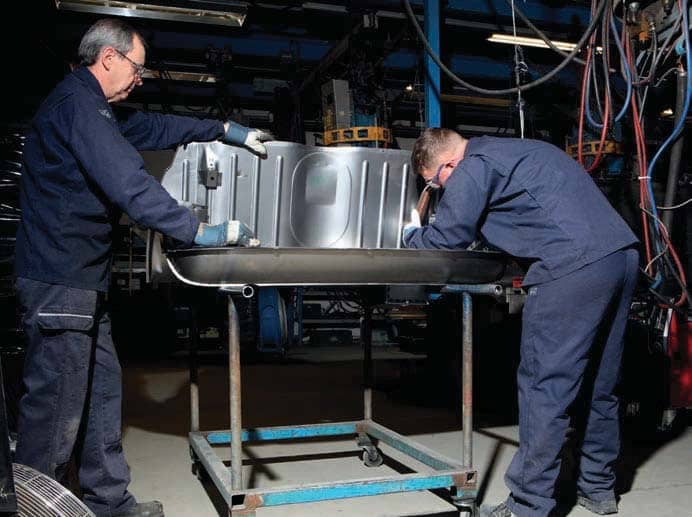