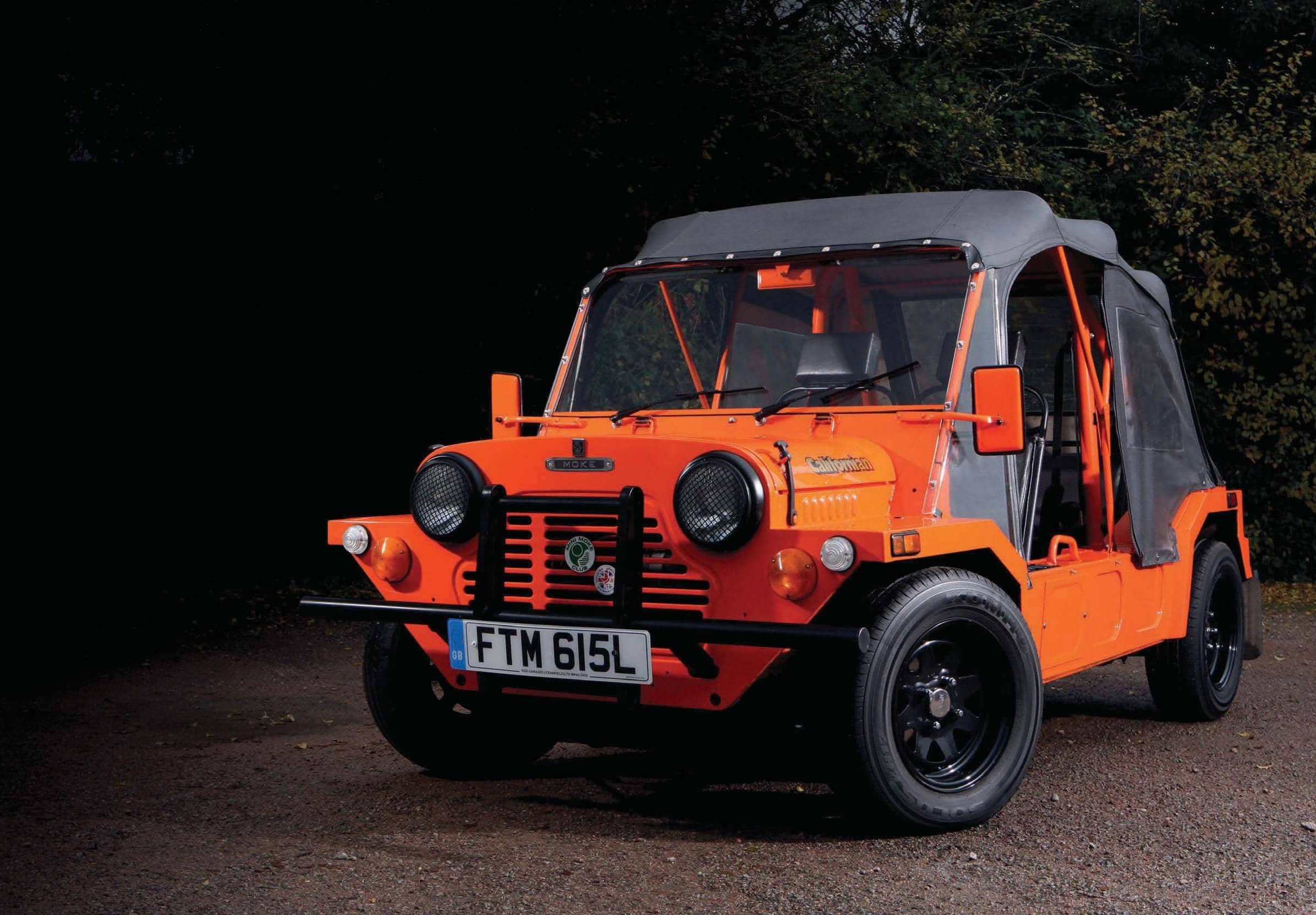 Glenda and Harry Williams always loved Minis but their retirement project is a little wilder than anything that came before.

Hearing Glenda and Harry Williams tell us that their Australian Export Moke got finished on the day of the Irish IMM (meaning a frantic dash up the motorway) we aren’t surprised. The couple exude vibrance and find adventure everywhere they go. After that seat of the pants experience they’ve since avoided motorways, but the Moke has taken them on all sorts of adventures – including trips to Switzerland and Germany- and they always have a great sense of fun wherever they go.

They were publicans when Harry bought the Moke in February 1994 through one of their customers, a student who had been on holiday to Italy. “During the cold winter, every Sunday he would be working on it, followed by Sunday lunch at the pub, where I’d keep badgering him to sell it to me! Well, one Sunday, he finally cracked - “£800 and its yours”- SOLD!” Harry was delighted. 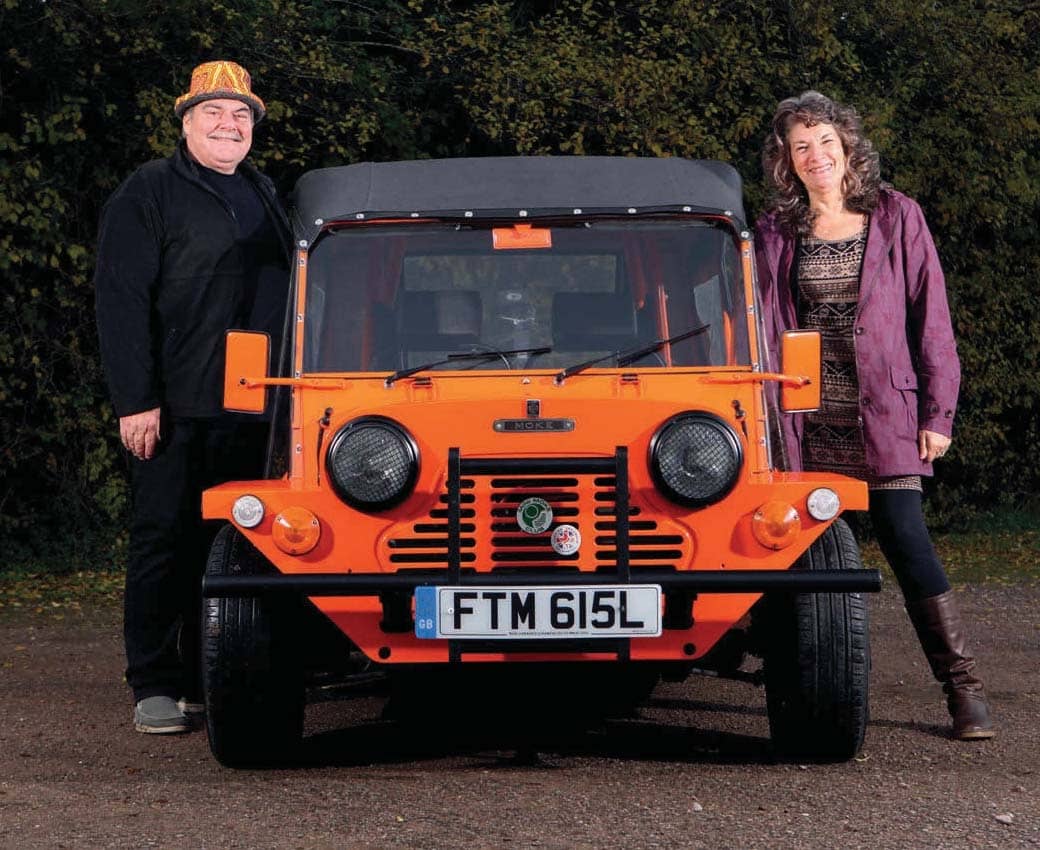 However, Glenda had no idea that Harry had bought it and was secretly enlisting the help of one of the locals to spray it Buttercup Yellow (her favourite colour) from dingy white and generally tidying it up. “Unfortunately, one of our customers, whilst chatting to Glenda, suggested that he challenge her to a race – his Mini Cooper against her Mini Moke” Harry laughs. “What Moke?” Glenda asked. “So the cat was out of the bag! But I was so pleased. We couldn’t wait to get going in it.”

Harry hadn’t just bought any old Moke. The car was in fact an Australian built ‘Special Export’ more commonly known as a Californian after the market it was destined for - and not to be confused with the later, mainstream production Californian model. Unique to the model were the rear-mounted Austin Healey Sprite fuel tank, different lighting and luxury of luxury, two-speed wipers.