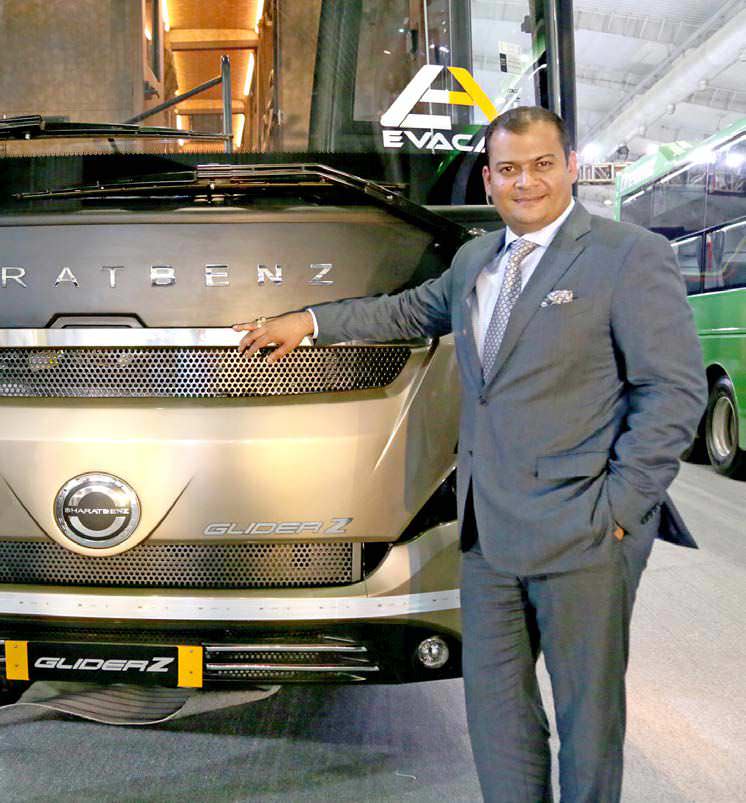 As in previous editions of the show, the bus body building giant MG Group was the star attraction at this year’s fair, both literally and figuratively. The company’s extravagant stall was strategically placed right at the entrance of the expo hall, while the spectacular display of its eye-candy products stole the entire attention at the show.

This year was the sixth Busworld participation for the MG Group, a vibrant platform that the bus maker seizes to present its new products and testify its prowess without a miss. At the last edition, the company unveiled the ‘Mammoth’ sleeper coach and the ‘Columbus’ tarmac bus, with the latter product elevating the company as an OEM. This year, the builder streaked firmly across the burgeoning sleeper coach segment with the market debut of ‘Glider Z’ and ‘Dreamz’ models.

Undeniably, the consistency of MG’s participation in almost all privileged bus-related shows in the last couple of years has phenomenally elevated the bus maker’s position as a competent player in the Indian bus industry. The ‘Glider Z’ coach sits in the mid-premium ‘value’ coach segment, built on Bharat-Benz 16T bus chassis. A seater iteration of the same coach ‘Glider’ was also unveiled alongside. The ‘Dreamz’, on the other hand, is touted at the premium end of the sleeper bus spectrum, underpinning a multi-axle chassis from Mercedes-Benz.

Commenting on the developments, the Managing Director of MG Group, Mr. Anil Kamat, admitted that the occasion is a significant milestone in the history of MG Group. “Daimler is a world-renowned ace in the international bus world and an aggressive player in the domestic market. We are honoured working with them and proud to add another feather in our cap. It certainly shows the way we are growing”, he said.