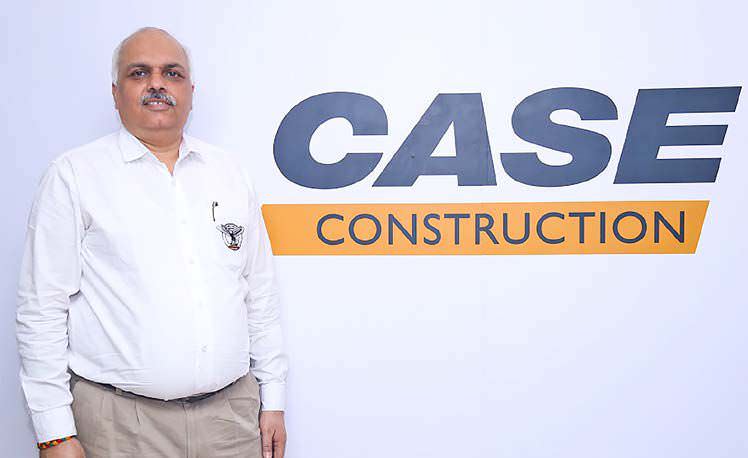 Segment leader in vibratory compactor equipment, CASE India is determined to expand its business and serve customers in the CE industry in line with their demands.

The 176-year engineering heritage of CASE Construction Equipment is rather monumental. Its origin dates back to mid-nineteenth century America, with the development of wheat threshing machines and first portable steam engine leading to the birth of road construction. Do note the brand’s logo with the company’s mascot ‘Old Abe’ – a bald eagle, which was also the mascot of the Wisconsin Volunteer Infantry Regiment serving for the Union Army during the great American civil war, the State in which the company was based in initially.

By around 1912, CASE manufactured a complete range of road building equipment, including graders and steam rollers for compacting road surfaces. But the landmark product that changed the course of entire CE industry was CASE Model 320, the industry’s first factory-integrated tractor loader or backhoe in 1957. Its reception in worldly markets was so immense that CASE rolled out its 500,000th unit of backhoe in less than 50 years. Last year, the company celebrated its 175th anniversary, the time when the brand boasts a full range of construction equipment and wider reach in markets across the globe.

In India, CASE Construction is present since 1989. It was earlier present as a technology provider, then as a joint venture partner of an Indian company and finally as a fully-owned subsidiary of CNH Industrial. The brand is a vibrant market leader in the vibratory compactor segment, having sold over 11,000 units in the domestic market. Other forte segment for the company are backhoes and motor graders, with more than 25,000 loader backhoes and 300 motor graders to its credit in the country.