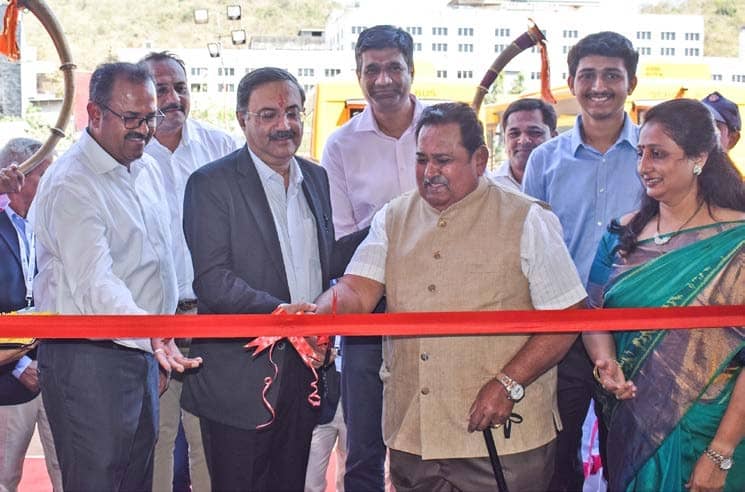 Amidst the growing presence of Ashok Leyland (AL) dealerships in the Mumbai region, Ajmera Motors is fast emerging as a popular player. At the opening of AL’s new LCV outlet, Rajesh Rajgor spoke to Jamir Ajmera, Partner, Ajmera Motors, to find out what made them invest in their seventh showroom in a span of six years

Ashok Leyland (AL) recently inaugurated a new 3S dealership facility in Vasai, one of the prominent towns of Palghar district of Maharashtra in partnership with Ajmera Motors. Backed by an ambitious plan to expand their presence in the western region of India, particularly the Tier I, II, and III cities and the rural market, this dealership is an avant-garde 3S facility right on National Highway 8 covering 15,000 sq. feet with a frontage of 100 feet. The facility was inaugurated by Nitin Seth, COO, Ashok Leyland. His presence was the testimony of the fact that Ashok Leyland’s products, particularly the small and light commercial vehicles, have been well-received in the western belt and that the company is keen to delve deep into the region.

Speaking exclusively to MOTOR INDIA, Jamir Ajmera, Partner, Ajmera Motors, said: “With the new mindset and high brand equity, Ashok Leyland’ LCV segment is catching up with the Indian automotive industry through the launch of numerous variants. This will further grow with the introduction of their new advanced platform called ‘Phoenix’.