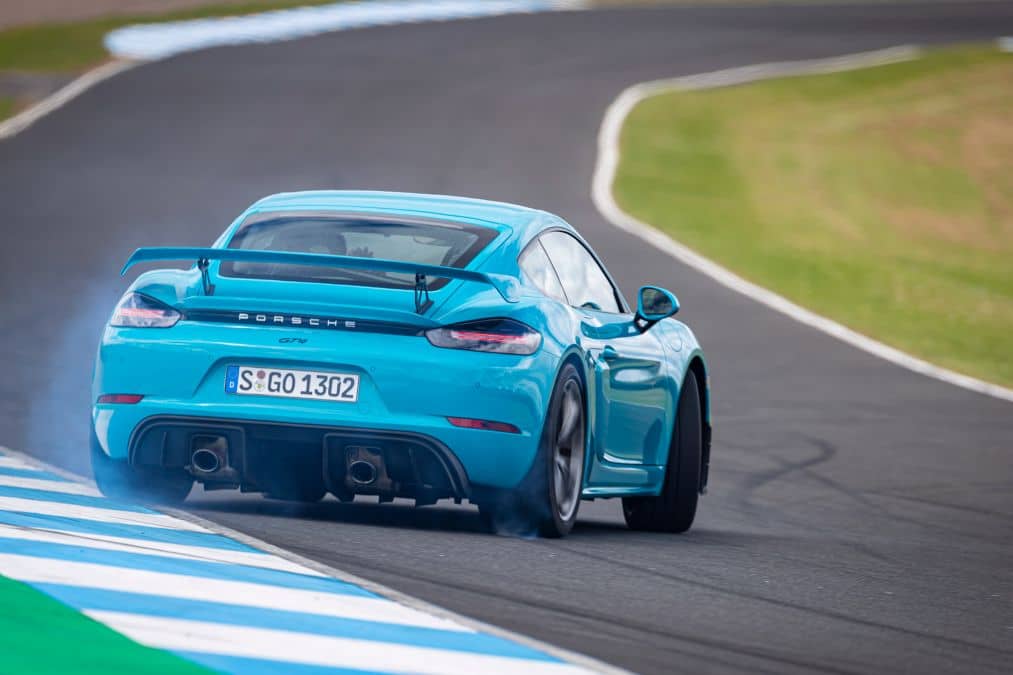 IMPROVING ON GREATNESS IS A TOUGH GIG – EVEN FOR PORSCHE

THE FIRST CAYMAN GT4 ARRIVED in 2015 as a near-perfect performance coupe, with the 3.8-litre naturally aspirated flat-six from a 911 Carrera S installed amidships – but it disappeared almost as quickly, demand quickly exceeding its limited supply. Now it is returning, with more power, more downforce, and the promise of a dual-clutch option – and, prior to the open slather press launch, MOTOR is the first outlet in the world to drive it.

Increasing the engine capacity 200cc boosts power 26kW to 309kW at 7600rpm, just 400rpm shy of the redline and 200rpm higher than before – in keeping with Porsche’s desire for the GT4 to be revved even harder to deliver. Although the previous 3.8-litre engine and the new 4.0-litre unit deliver an identical 420Nm, the oomph summit used to dwell at a slightly more relaxed 4750rpm, whereas it now kicks butt in the 5000-6800rpm bracket.

For now, the GT4 comes only with the six-speed manual gearbox, but next year the PDK transmission will become available and make the least expensive five-star Porsche complete. This will be a welcome addition because life is sadly not all about having fun in the twisties. More often than not, you’re stuck in traffic, pottering along at 30-80km/h or inching forward in stop-and-go increments, so why not dial in your favourite streaming service, stick the lever in Drive and indulge in a slo-mo waft until the road clears?

When defining the new GT4, Porsche thought long and hard about whether to cater exclusively for self-proclaimed purists. Late but not too late, they decided to offer the two-pedal dual-clutch arrangement in both GT4 models, starting in August 2020.

You can order your GT4 with Cup tyres, a partial roll cage and race buckets too tight to squeeze in the love handles. Alternatively, the car can be had with less extreme footwear – same size (245/35ZR20 and 295/30ZR20), but with superior wet grip – along with more comfortable 18-way sports seats or optional 918-style chairs.

Price in Australia will be around $200,000, which is a lot of dough for an evolutionary product. If I was in the market for a new top-of-the-line Cayman, I’d want a broader choice of colours and a discount for taking off that huge rear wing. If the Spyder doesn’t need it, why is it mandatory on the coupe?

The upgraded suspension marks a big improvement. It is notably lighter, more rigidly connected to the body in places by metal uniball mounts, 30mm lower, and fine-tuned to match the stickier tyres, which were instrumental in clipping a full 12 seconds off the Nurburgring effort for a lap time of 7:28.

The 26kW power boost underlines the Cayman GT4’s dynamic personality, the revised aerodynamics work wonders for grip and stability, and the first-class chassis of the coupe is now also standard on the Spyder.

While the previous Spyder was little more than a modified 718 Boxster fitted with the GT4 engine, the 2020 model is the real McCoy. It looks significantly better, has a more practical watertight roof, is more generously equipped and at the same time cheaper than the coupe. 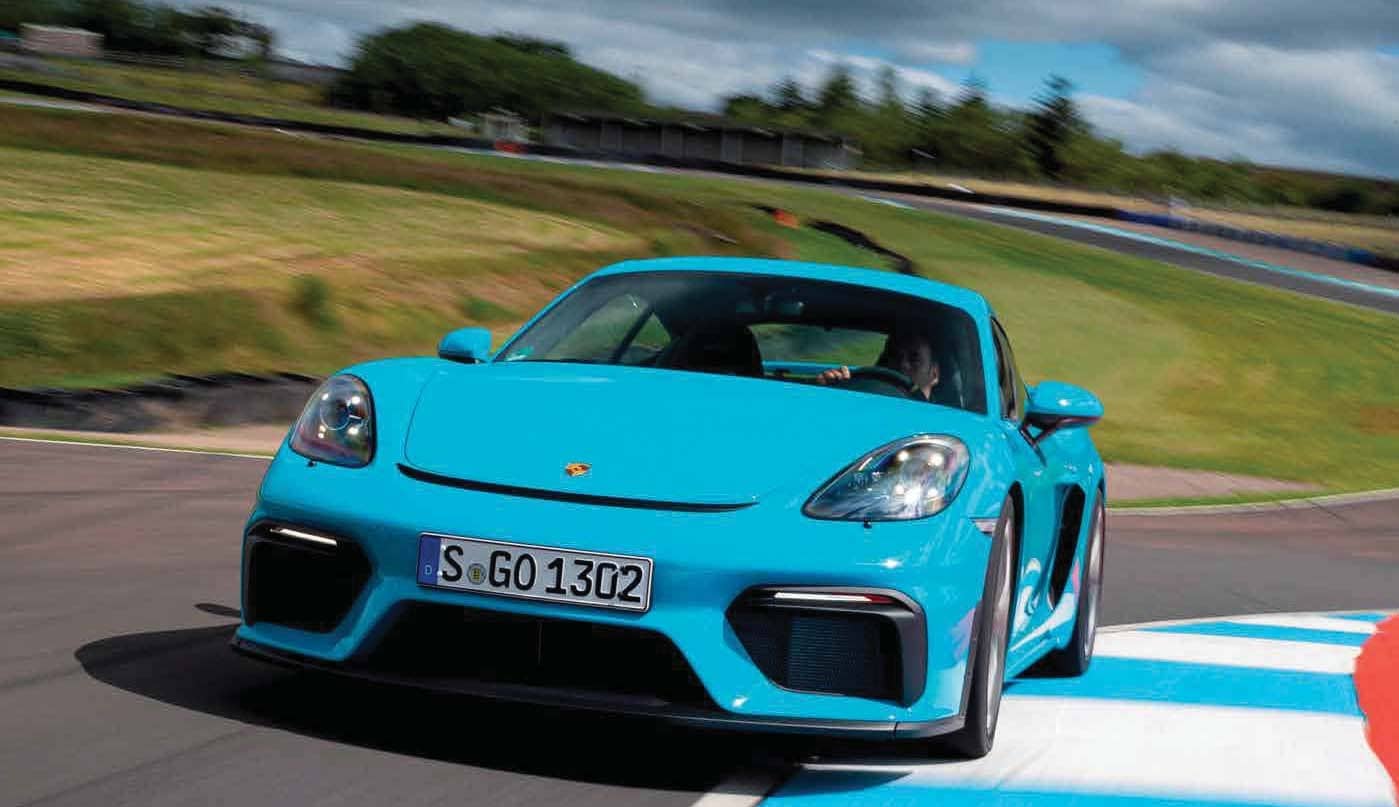 On the road, the new GT4 quickly reveals itself as the hard-revving machine Porsche promised. Hitting the limiter at 8000rpm in first is good for an indicated 84km/h, second cuts out at 137km/h, third stretches to 195km/h. That’s what happens when the GT skunkworks specialists lay their hands on that iconic normally aspirated flat-six.