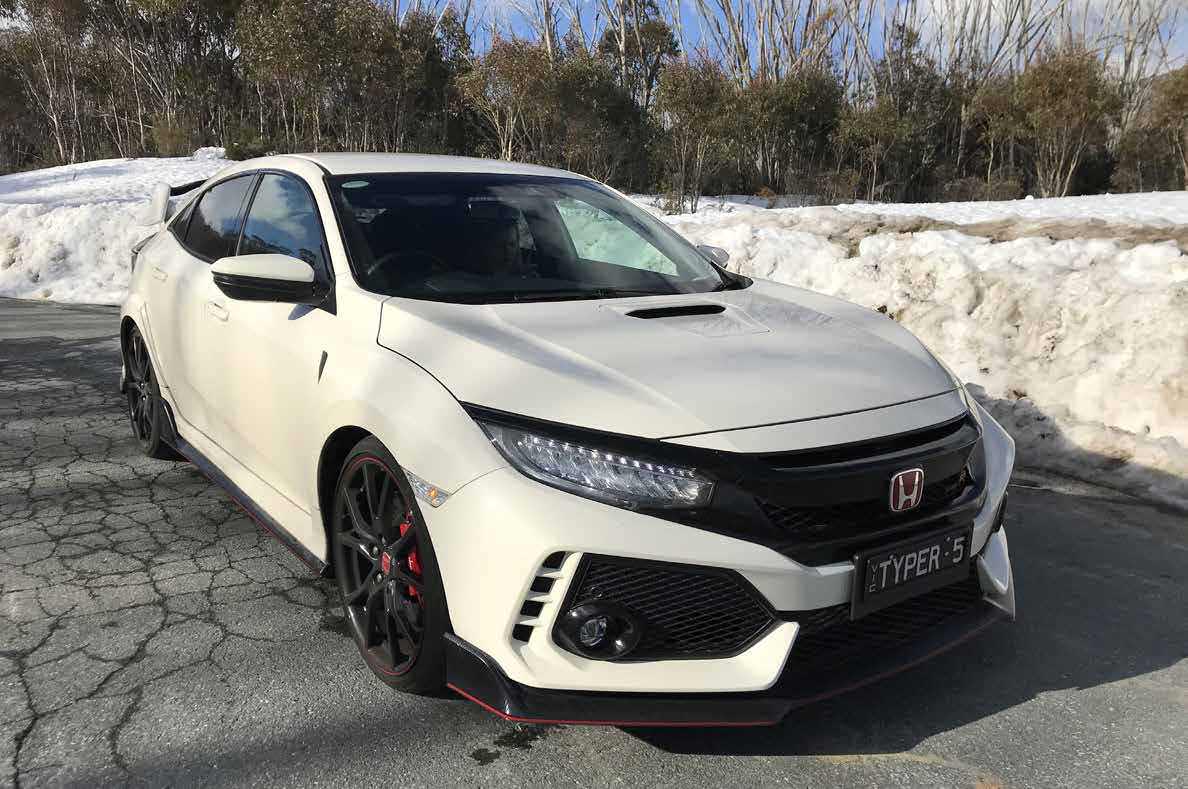 THE VERY LONG DRIVE (VLD) is a bit of an Australian thing. Every so often, an opportunity comes up to drive some four-figure distance, one that would cause the eyeballs to pop from the head of any European. But you take said opportunity, because there is something soothing, cathartic and quietly soul-satisfying about the boredom of a long drive in Australia.

This month, we put our Honda Civic Type R to this very test with a VLD from Melbourne to Jindabyne, NSW, and the Perisher ski slopes. Six hundred kilometres doesn’t sound very far until you consider that a great deal of that is on twisty roads with a relatively low average speed. In theory.

The Hume Highway out of Melbourne was our first opportunity to get to know the long-distance cruising capabilities of our bewinged snow-white hot hatch. And the big, fat ticks come rolling in.

There’s the ride for a start, which we’ve banged on about multiple times, remarkably compliant and supple for 30-profile tyres and truly more comfortable than many dedicated, new luxury cars. Mercedes-Benz Magic Body Control? Erm, a Civic Type R might actually be more comfortable. No joke.

This is great for the Type R’s ability to get its occupants a great distance and out the other end feeling relatively fresh. Which would be the case, if it wasn’t so noisy.