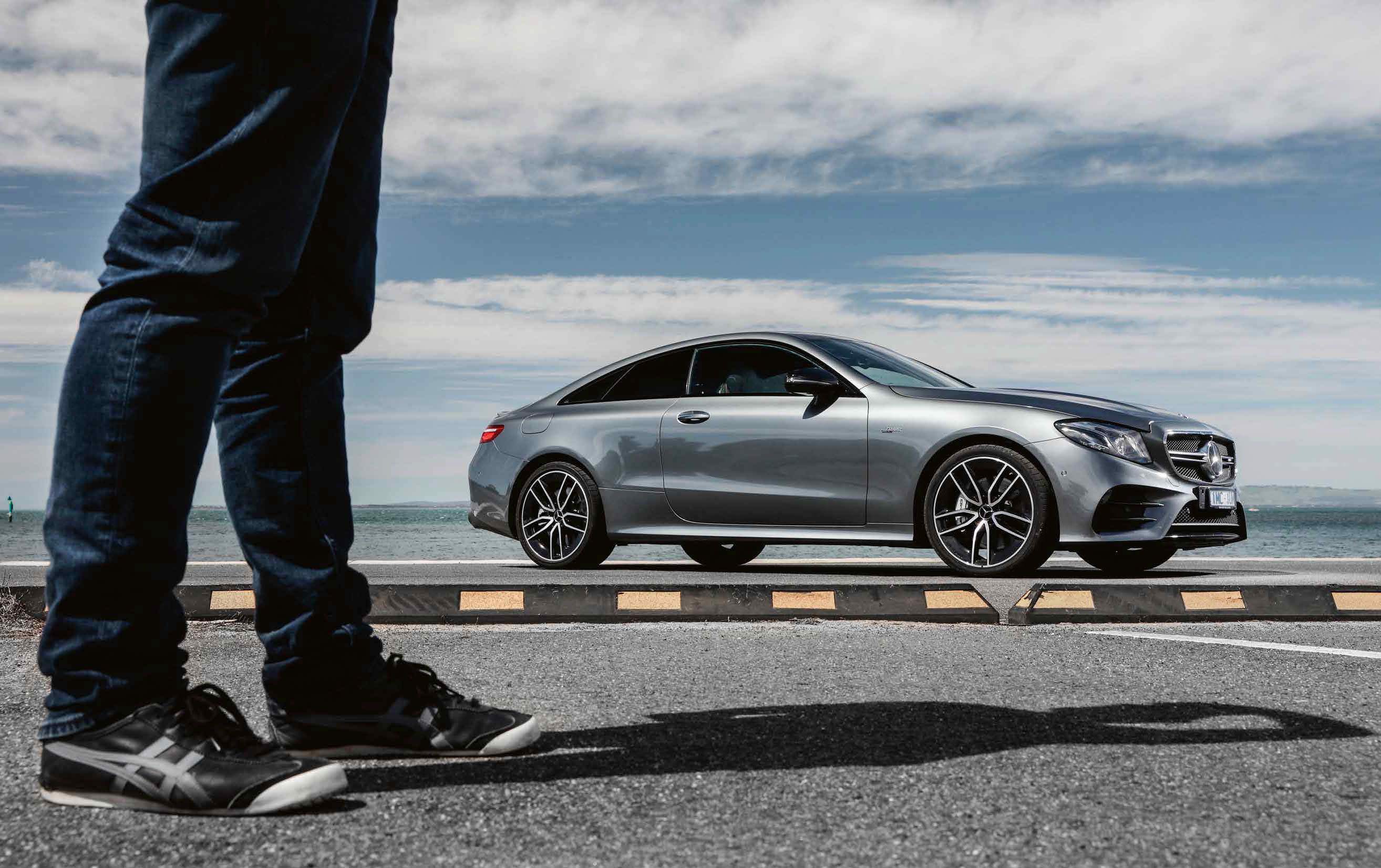 WITH ITS NEW TURBO STRAIGHT-SIX, WHAT IS OLD IS NEW AGAIN WITH THE E 53. BUT IS THIS A FAIR DINKUM AMG?

ARE YOU a sufferer of techno-fear? Best skip the next few pages, then. Maybe you’re a Henry Ford fanboy and believe history really is bunk; that a new design is inherently better than an old one. Then the same goes, because the Mercedes-AMG E 53 is not just a smorgasbord of getting your geek on, it’s also a throwback – turning its back on accepted wisdom and re-embracing a better time. And doing a better job as a luxury car in the process.

Let’s start by spinning up those propeller hats. EQ Boost? Mild hybrid? This is seriously edgy tech and it’s another way of extending the relevance of the petrol engine as we know it. I’ve said it before, but engineers work best when somebody (in this case emissions legislators) is shooting at them. Fundamentally, what you have is an electric motor sandwiched between the AMG’s inline-six and the nine-speed auto. As well as acting as the car’s starter motor and alternator, the 48-volt electric motor can also add a 250Nm boot up the bum of the E 53 at low revs to overcome the turbo lag of the 3.0-litre and the inertia of a car that won’t give you much change from two tonnes. The motor also provides off-throttle energy recuperation as well as powering stuff like the water-pump and air-con which traditionally have been belt-driven (and, therefore, parasitic, and have made the inline-six longer).

So how come the motor’s input is 250Nm, yet only 16kW? Science, old chook. It’s all down to the fact that torque is a measurable force (and an electric motor produces its maximum twist from zero revs) and power (kW) is an abstract. And since that abstract represents torque multiplied by revs, and the motor only chimes in at low engine speeds, the multiplication factor is small and the power stays low. And why not bring the motor in at higher revs? Because by then, the electric turbo has weighed in, bulking out the torque curve before the gas-driven unit huffs up. Did I not mention the 48-volt electric turbo? Yep, there’s a bit going on here.

All up, you’re dealing with a maximum of 520Nm and 320kW with the full meat of the torque available from 1800rpm all the way through to 5800rpm, and that is about as flat as a torque curve can be without going full-electric. Power peaks at 6100rpm, which sounds a bit low, but is more to do with the turbo(s) having done their job by then and the auto’s (with a torque converter and lock-up clutch) ability to punt the whole show down the road on gearing rather than revs.