AUSTRALIA’S CAR CULTURE was built on muscle cars. Ever since the XR Falcon GT finished one-two at the 1967 Bathurst 500, bestowing the beautiful gold road cars with a winning pedigree, Aussie enthusiasts have voted with their wallets. We want powerful, rear-drive performance cars, preferably with eight cylinders under the bonnet. This lust lasted as long as it could, until Ford, then Holden, then HSV wrote their respective final chapters in the book of Australian manufacturing. 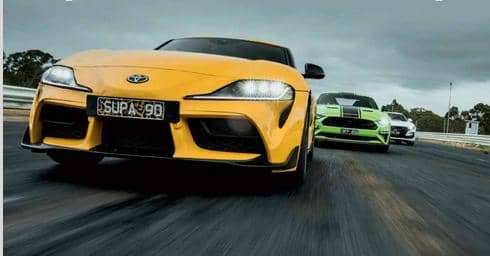 The departure of our homegrown heroes left a huge hole in the motoring landscape, but thankfully the rest of the world has stepped in to at least partially fill the void – America, principally, given its similar proclivity for high-powered rear-drivers. Ford was first into the fray with the Mustang and boy did it reap the rewards, the iconic pony car proving more popular with Aussies than toilet paper in a pandemic. More than 26,000 Mustangs have been sold here at the time of writing, making it far and away Australia’s favourite performance car. Not one to sit idle, HSV began converting the Mustang’s arch-nemesis, the Chevrolet Camaro, to right-hand drive in 2018. The blue versus red rivalry would continue, albeit with fewer doors. Camaro hasn’t enjoyed anything like the popularity of its Detroit neighbour, selling around 1500 units, but it’s been a welcome addition to the market. 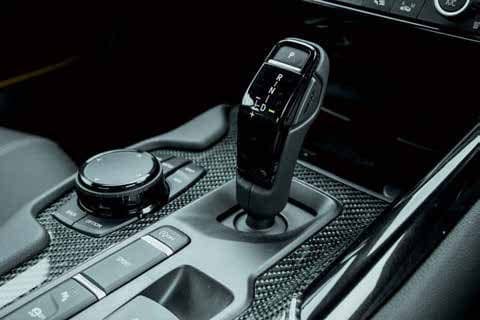 The final participant in this muscle car flex-off might raise a few eyebrows, but it shouldn’t. In standard guise, the Toyota Supra has always been basically a Japanese interpretation of a muscle car; the latest iteration has slimmed down and sharpened up, but it still adheres to the same recipe: plenty of grunt, rear-wheel drive and a focus on everyday usability over the lowest possible lap time. To anyone wanting to play the “it’s not a V8” card, let me just say the following: Torana GTR XU-1, Charger E49, VL Turbo, XR6 Turbo. 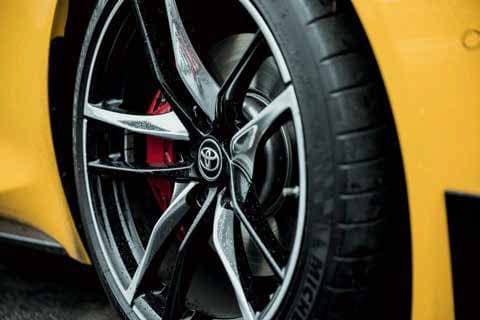 The Supra is a little outgunned on paper, though; its 3.0-litre straight-six is boosted by a turbocharger but musters only 250kW/500Nm. At 1495kg it has the least weight to move, but its power-to-weight ratio of 167kW/tonne looks a little lean compared to its competitors. The Camaro has literally twice the engine and then some, its brawny 6.2-litre LT1 V8 producing 339kW/617Nm and 196kW/tonne. But the Mustang R-Spec sneers at such figures with disdain. A supercharger nestled atop the otherwise standard 5.0-litre V8 boosts outputs to 522kW/827Nm, or 293kW/tonne, which slots it between the Mercedes-AMG GT R (277kW/tonne) and Aston Martin DBS Superleggera (315kW/tonne). Impressive company for a car that costs just $99,980, though that’s well north of the Supra ($94,900) and Camaro ($86,990 as a six-speed manual). 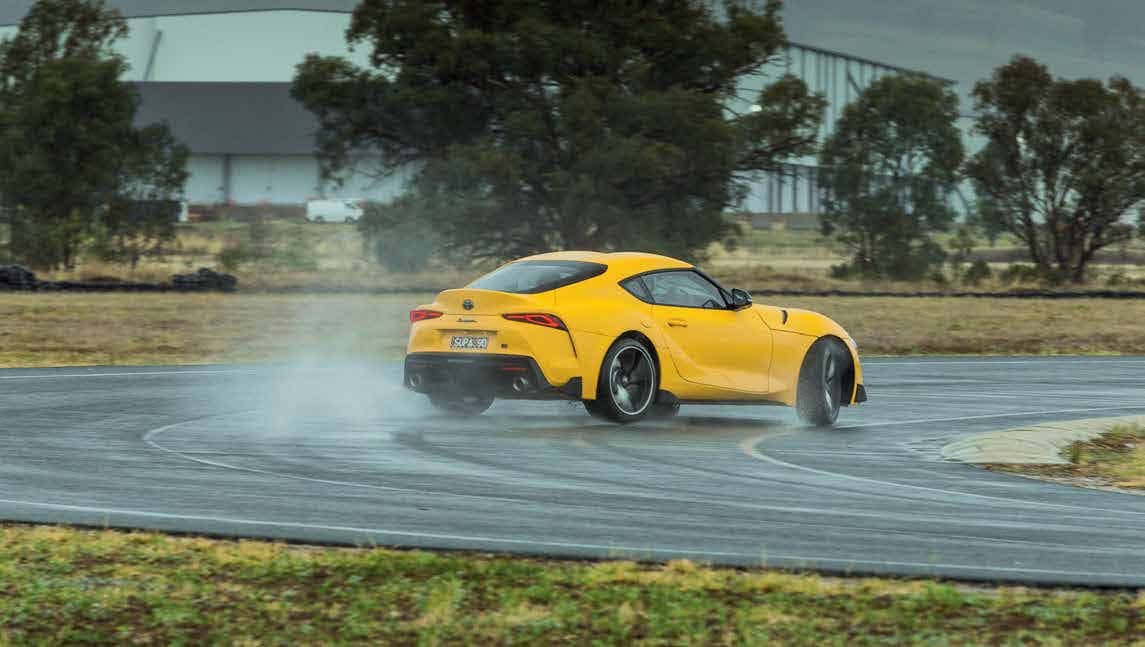 It’s also a $36,290 premium over the manual Mustang GT that every R-Spec starts life as. So what do you get for the extra outlay? It’s pleasing to note Ford didn’t just install the supercharger and call it a day; there is more to the R-Spec than the extra power. The Ford Performance supercharger kit is naturally the main attraction, consisting of a Roush R2650 blower, 87mm electronic throttle body, air intake system and fuel rails, as well as a new exhaust. The chassis benefits from wheels a half-inch wider than standard (9.5-inch front; 10.0-inch rear), new progressive-rate springs that drop the ride height 20mm, adjustable anti-roll bars and a recalibration of the MagneRide adaptive suspension. 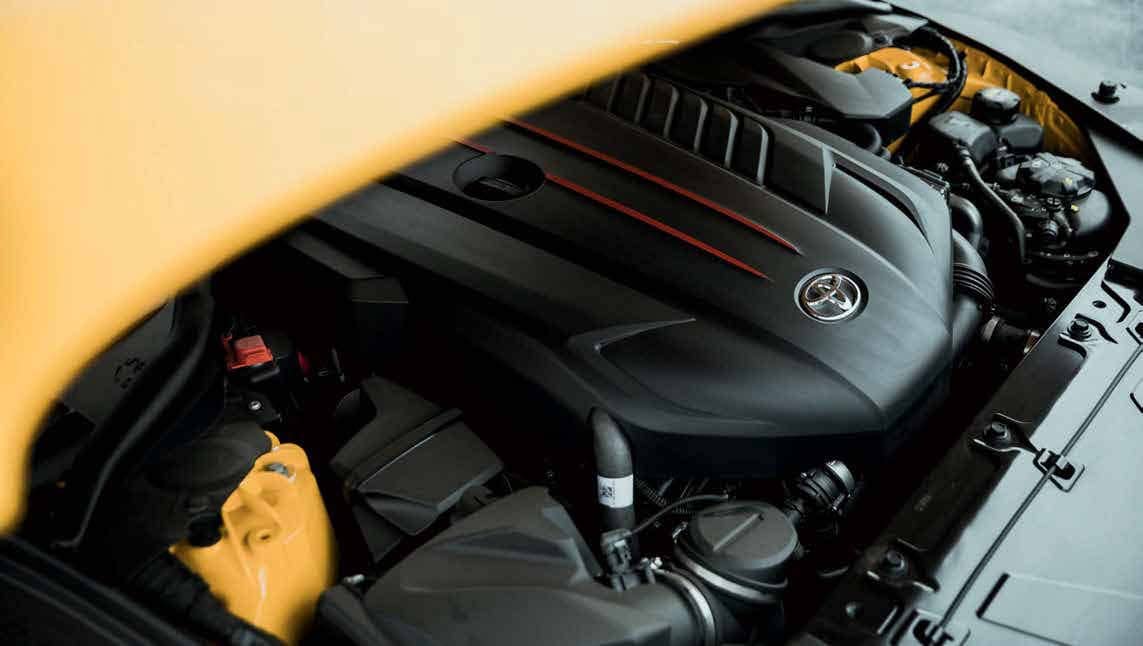 The latter modification is an unexpected highlight of the R-Spec, for it rides beautifully. The suspension feels better than standard, remarkable given that the ride height drop and stretched tyres (the wider wheels wear the regular Michelin Pilot Sport 4S tyres 255/40 front, 275/40 rear) would suggest a compromise. In addition to the light clutch and gearshift, and smooth, tractable engine, it makes the R-Spec an excellent everyday proposition. It’s a really enjoyable car to drive without even dipping into that 700-horsepower well. 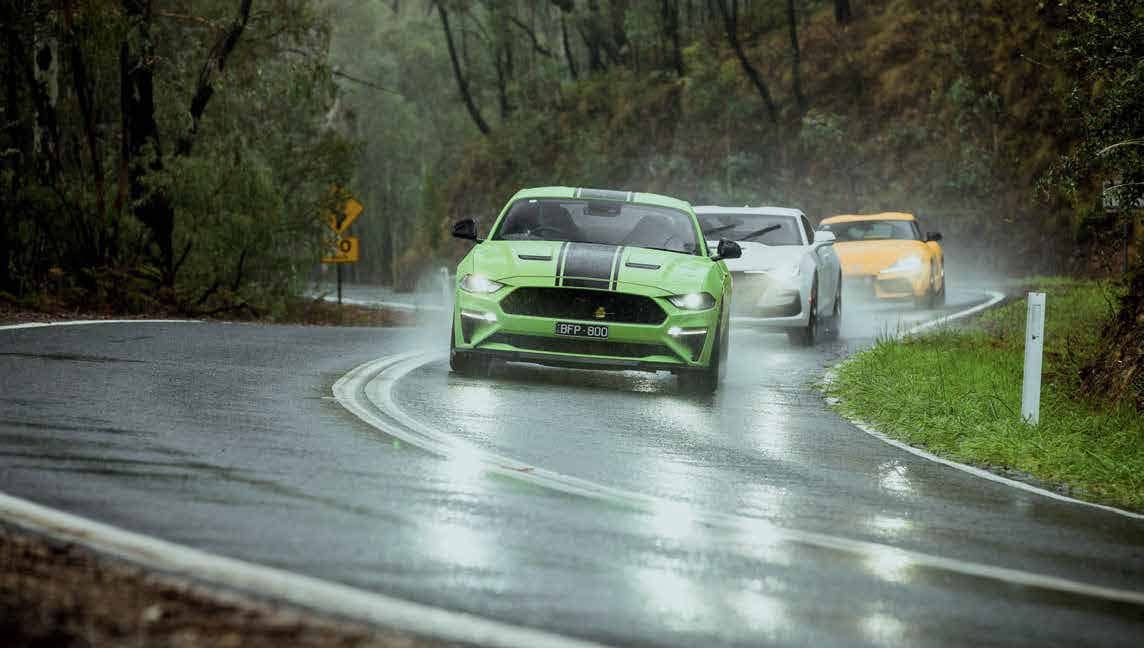