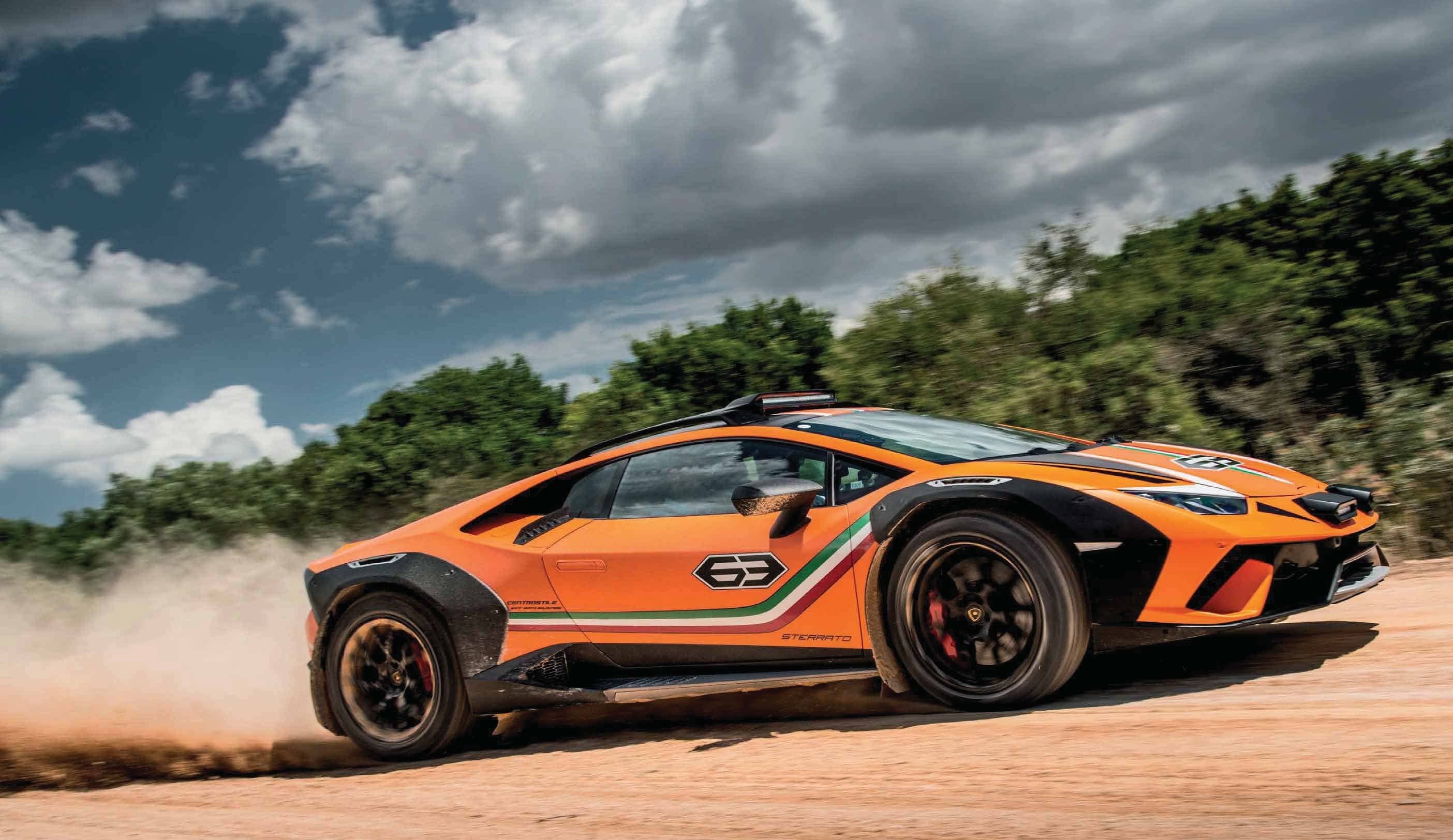 THERE IS SOMETHING OLD SCHOOL LAMBORGHINI ABOUT A RALLY-SPEC HURACAN. WE GRAB THE KEYS – AND HIT THE DIRT

IN THE DARKEST CORNER of the Emilia Romagna region of Northern Italy, out of sight of Wolfsburg’s prying eyes, Lamborghini chief designer Mitja Borkert and senior engineer Rouven Mohr created a secret project codenamed Sterrato. The most extreme concept prepared in the Sant’Agata skunkworks since the single-seater Egoista, this Huracan-based car taps the bloodline of the Dakar-winning Porsche 959 and the Group B Audi S1 WRC weapon.

Although described as a one-off thought balloon by its creators, who underplay their guerrilla projects under the tightfisted regime of the Volkswagen Group, the Sterrato (Italian for dirt road) has in fact been pencilled in as a limited-edition model due in 2021.

In order to try out the sole running prototype, we’re at the awesome Nardo handling track owned and run by Porsche, the temperature is a friendly 23 degrees, and the circuit is ours for the day, including the challenging Strada Blanca off-road course.

The Sterrato looks and feels like a Huracan that has been gene-manipulated for the World Rallycross Championship. It sits 47mm higher than the rest of the range, its track is 30mm wider front and rear, the front spoiler has a stiffer upper lip and a receding chin, the rear departure angle is increased for extra clearance, but the tread pattern of the bespoke softer-sidewall tyres looks more race than rally.

It’s undoubtedly an oddball concoction of style, stance, substance and seriousness. But this showpiece – boasting the number 63, the year Lamborghini was founded – turns more heads than a white tiger slurping iced coffee in a local gelateria. It sounds captivating, and with all lights blazing it could be mistaken for some sort of bizarre vehicle built to withstand a zombie apocalypse. 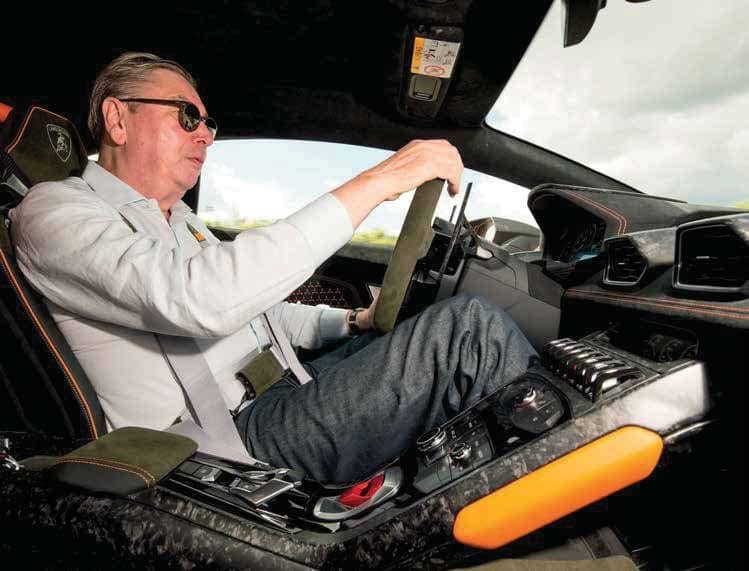 Climbing behind the wheel is easy thanks to the wide-opening scissor door and elevated ride height. The cool multi-material bucket seats could have come straight out of Kanye West’s Yeezy factory, the five-point harness scores nine out of ten on the bondage chart for private parts, and the driver environment looks familiar despite all the colourful new surface trim.

To compensate its weight, drag and suspension set-up handicaps, the stilted soft-roader is fitted with the 477kW V10 out of the no-holds-barred Performante. The normally aspirated 5.2-litre engine works all four wheels through a quick shifting seven-speed dual-clutch transmission, not the stubborn sequential ISR ’box unique to the Aventador. The mighty direct-injection engine needs 6500rpm to tick off 600Nm of maximum torque, peak power arrives at 8000rpm, and the rev limiter is set at 8500rpm. This is a wonderful powerplant for a car dedicated to inveterate late-brakers and apex-clippers, but does it also perform to expectation in this softer-sprung, stacked, go-anywhere metamorphosis?

We do two laps in Corsa mode, then ESP comes off and, sure enough, from one instant to the next the orange stripe mobile begins to catch insects with its side windows as the driver’s heartbeat quickens and the intercom squawks Avanti! forza! and bravissimo! from co-driver Nicolo.