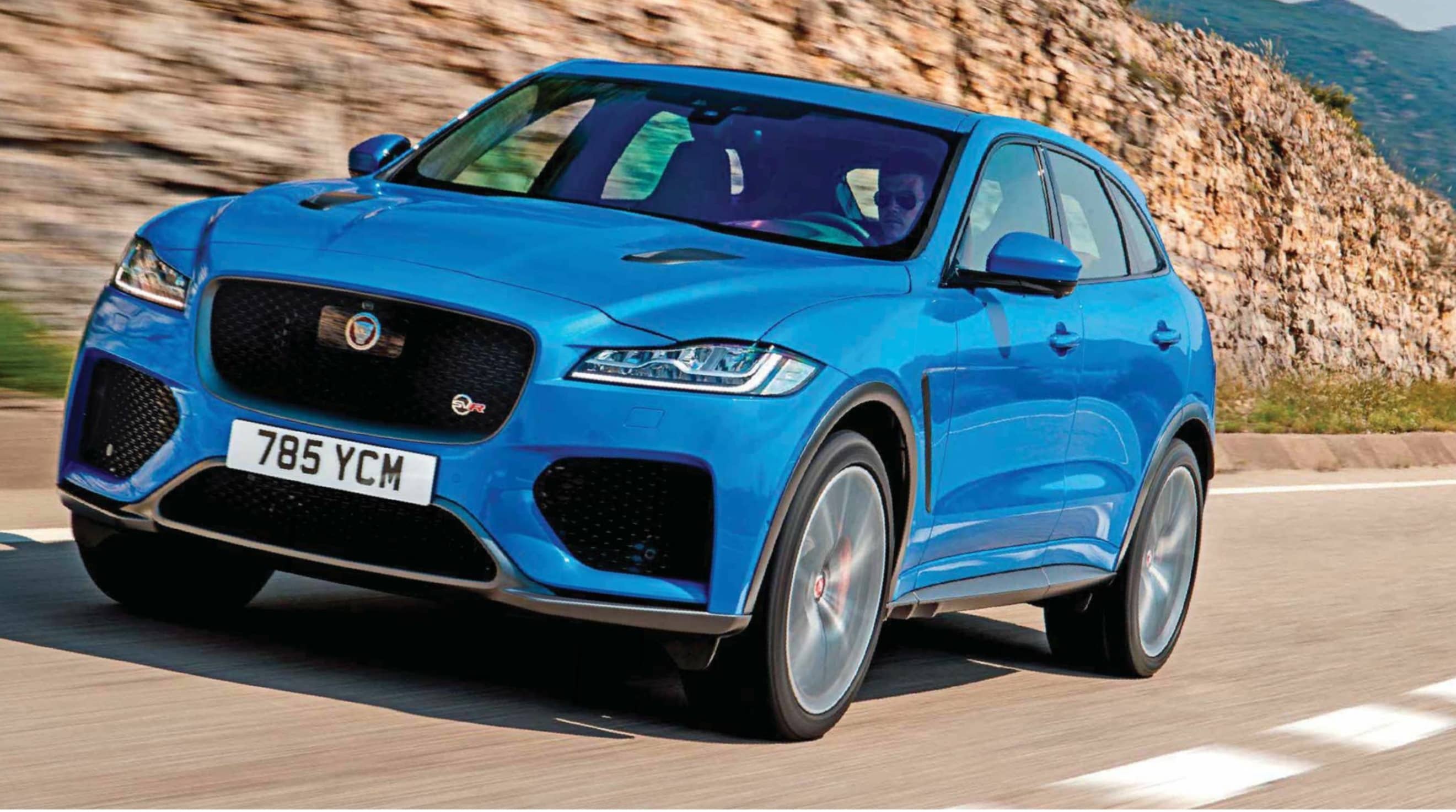 “WE PUT AN ENORMOUS V8 in it” That’s Ross Restell, the lead vehicle dynamics engineer for the F-Pace SVR, summarising what he and the rest of Jaguar Land Rover’s SVO team did to create Jag’s first-ever tilt at a hi-po SUV. A former head engineer at Lotus, he’s got clout when it comes to making cars go fast.

Standing next to him at the Jaguar F-Pace SVR’s international launch in Southern France was Jamal Hameedi, former chief engineer at Ford’s performance skunkworks. You might know him as the force behind the Blue Oval’s coolest rigs, including – but not limited to – the F-150 Raptor, Fiesta ST, Focus ST, Focus RS, Shelby Mustang GT350 and the megadollar, mega-exclusive Ford GT. Quite a resume.

Hameedi’s a new arrival to SVO, and he joined after the bulk of F-Pace SVR development was completed. In fact, the car was meant to have launched over a year ago – issues with an unspecified part supplier pushed it back to 2019. Even so, his presence at the SVR’s launch is a signal of Jaguar’s intent to challenge the German lux performance establishment, as well as keep aspiring upstarts honest.

But let’s get back to that massive engine. It is indeed large – the biggest in its segment now that Mercedes-AMG’s 6.2-litre atmo V8 is well and truly buried, and the only eight-cylinder performance SUV to forgo turbocharging. It is, of course, supercharged, and its 405kW/680Nm are near the top of its class. Do those outputs sound familiar? They’re the same as those boasted by the $270K F-Type V8 R AWD, which essentially donates its entire powertrain/drivetrain to the F-Pace SVR.

The Range Rover SV Autobiography, Bentley Bentayga and Lamborghini Urus make more grunt, however, they also cost a lot more, too. Considering the F-Pace’s $139,648 retail sticker it’s actually considerable muscle for the money, especially against direct rivals like the Alfa Romeo Stelvio Q and the Mercedes-AMG GLC 63 S – both of which subsequently laid claim to Nurburgring SUV lap records.