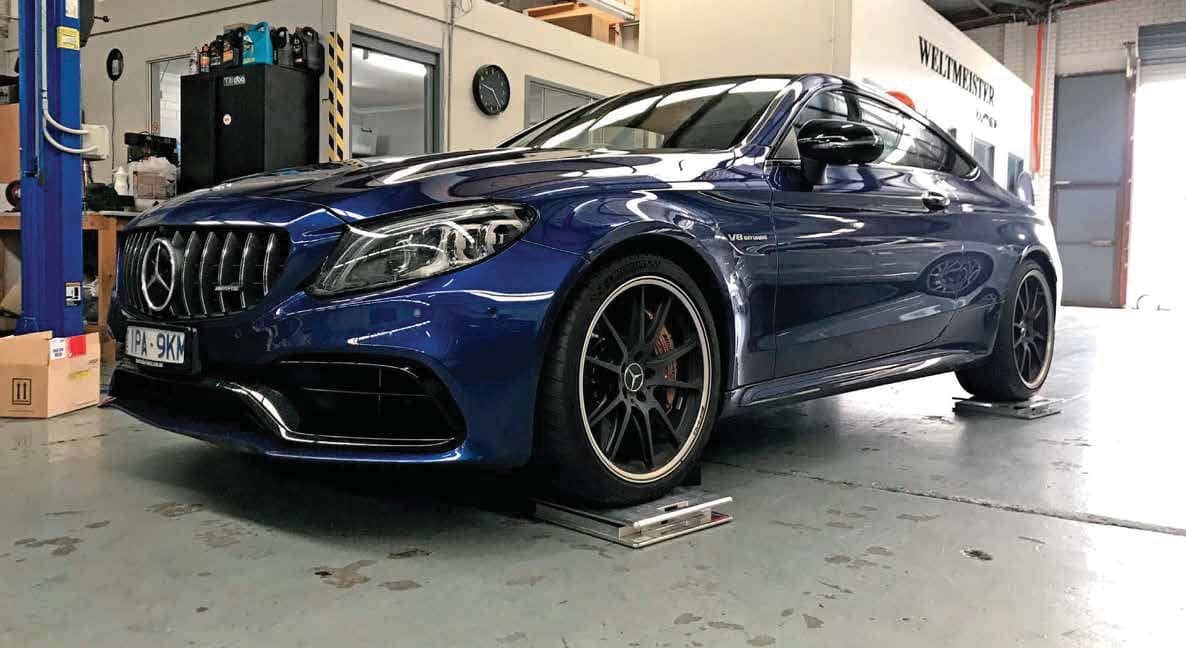 Softer C63 loses some agility; also, we weighed it

ONE OF THE CHIEF complaints of the original 2015 C205 Mercedes-AMG C63 S Coupe was it was a bit too firmly sprung. While the burly, twin-turbo V8 rear-driver resisted body-roll to an impressive degree, it made you aware of its handling pedigree at all times, even in traffic, by way of feeling like the dampers were stuck in Sport mode. For the C63 S facelift released in 2018, whether meekly or begrudgingly, AMG engineers sought to change their uber-coupe’s ride/handling balance. Front spring rates were reduced 10 per cent, rears 20 per cent and the rear anti-roll bar also softened compared to the previous model.

These changes have helped turn the C63 into a much more comfortable car relative to the pre-facelift model, even if it’s still a tad harsh by the standards of rivals, especially the very grand touring-focused Audi RS5 Coupe.

With ride quality pleasingly no longer really a front-of-mind thing, this month we wanted to turn our focus to how the suspension softening has affected the handling. And the immediate verdict is: detrimentally.

That’s not to say the C63 S is a poorly handling car; very much the opposite is true. But as you pedal the big coupe up a twisty road, braking, accelerating and loading up the suspension through corners, you are quite a lot more aware of its mass.