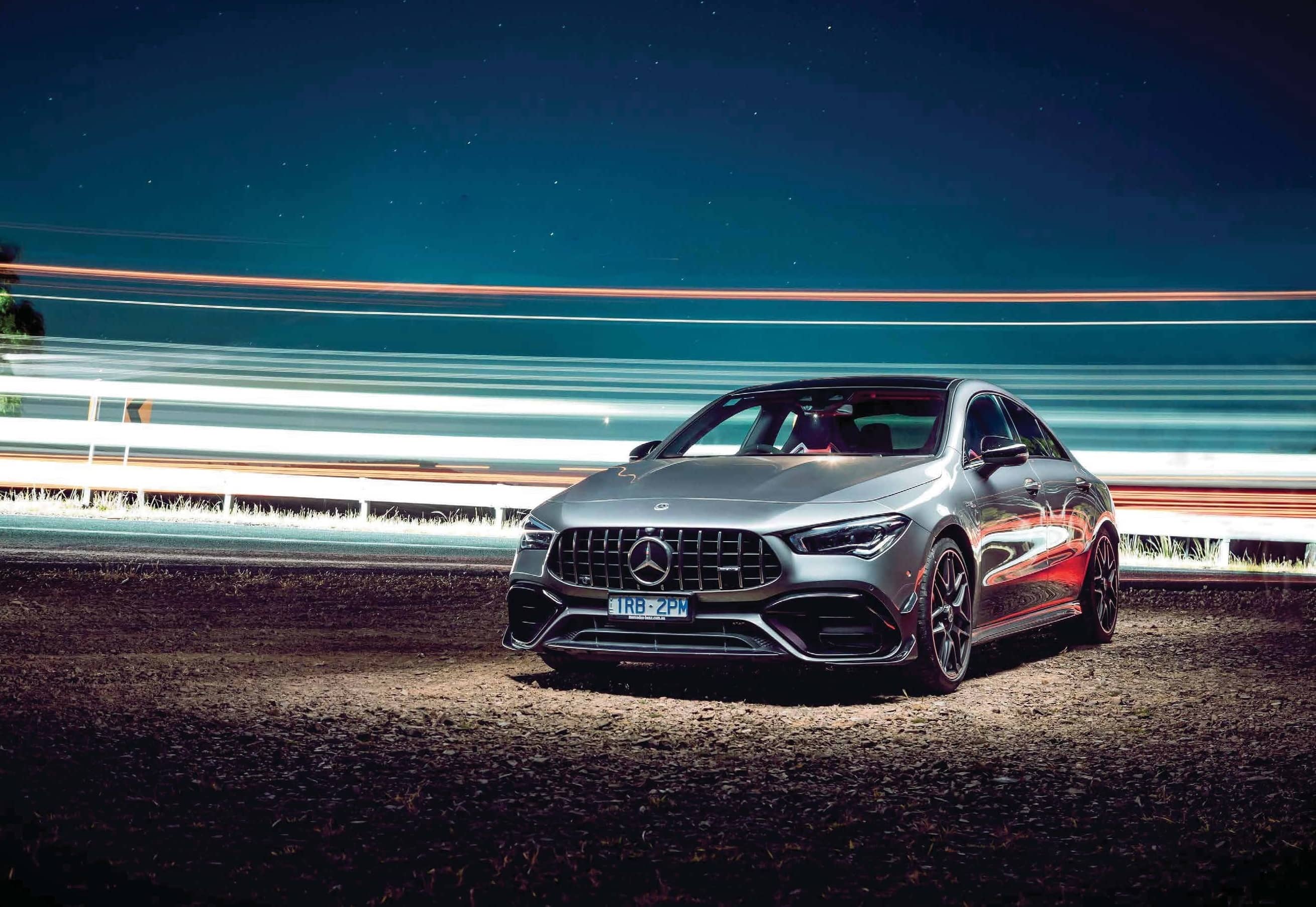 MERCEDES-AMG KNOWS THE NEW CLA45 S CAN’T BE A ONE-TRICK PONY. HOW MANY ROLES CAN IT PLAY?

JASON STATHAM?” I ask. “Tom Cruise?” Staff Journalist and fellow road-tester Louis suggests from the passenger seat. We’re trying to name an actor known to play both fun and serious roles, and wouldn’t look out of place in a suit. Why? We’re trying to decide which actor the car we’re sitting in is most like. The car we’re in is the Mercedes-AMG CLA45 S and it is not Tom Cruise. The CLA is too talented and entertaining for that, and its acting range is too broad. Cruise is the A45 S hatchback if anything.

While the CLA is mechanically very closely related to that of the A45 S hot hatch – hyper hatch if you like – it chases a rather different buyer. One looking purely for the driving experience has an easy choice: the hatch. It’s an action hero and it’s more than up to the task of entertaining. But it’s not exactly a sex symbol. Anyone who considers style an important aspect to a car will consider the CLA coupe (sedan, really) very closely. This is according to Mercedes-Benz, anyway, who will charge an extra $17,600 to be part of the CLA club, with its $111,200 asking price dwarfing that of the A45 S.

For this reason, the CLA45 S needs to be the fashionable sibling, and our test car is a fine example. While the hatch is bound to radiate boy racer vibes, the swoopy body on black wheels of our CLA with no extra-cost options is somewhat demure, hinting at its abilities through modest touches to the bodywork and its Panamericana grille. It looks more like a baby E-Class than a compact car, potentially because it’s longer than the C-Class sedan by 6mm. Its wheelbase is, however, shorter by about 110mm. But it’s underneath the skin where this new generation really needs to shine, as the outright pace of the last generation wasn’t enough to allay complaints about clunky gearboxes and a lack of character when it came to the driving experience. A stiff ride and a somewhat economically styled interior didn’t aid the matter. 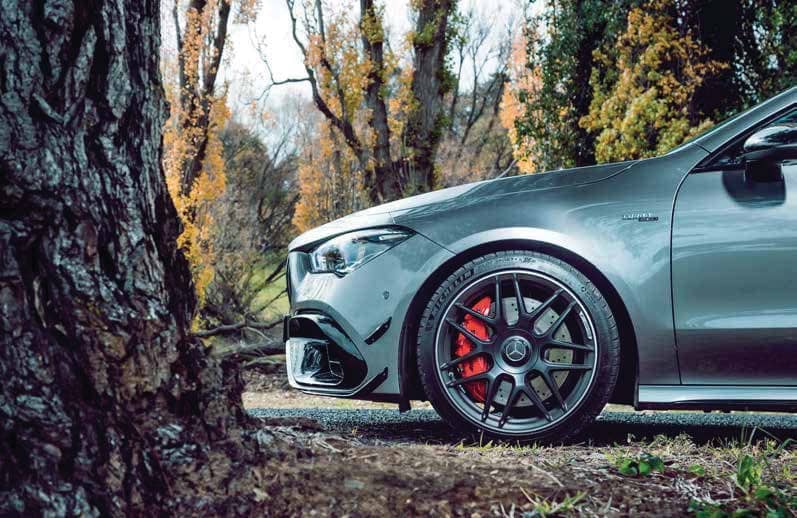 This time around, the boffins at AMG were able to set the CLA45 up the way they wanted, with more input on their part rather than just having to mould what Mercedes had already designed. The CLA45 S cops a slathering of chassis upgrades over the rest of the CLA range including additional bracing in areas like the front wheel arches, a shearing plate underneath the engine, and a 4MATIC+ all-wheel-drive system specific to the pair of 45s, which we’ll get to. The CLA also has wider tracks than the A45, by 8mm on the front axle and 27mm on the rear. 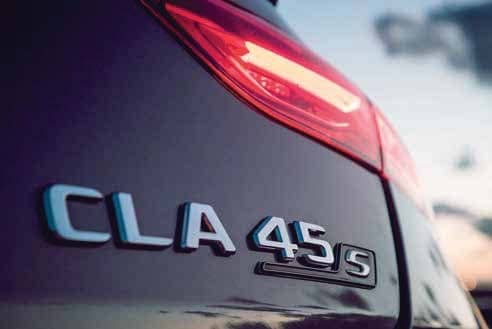 Undoubtedly the headline of the new generation of compact AMGs is what lies by that front axle. The M139 turbocharged inline-4 is an all-new build, sharing only some fastenings with the previous M133. The new powerplant’s outputs are even nudging early C63 territory, with 310kW and 500Nm extracted from just 2.0 litres. Built on a new assembly line in Affalterbach, the M139 has cylinders coated in a friction-reducing substance called Nanoslide, is able to nudge 7200rpm, and has an interconnected cooling system that includes wheel arch-mounted radiators. 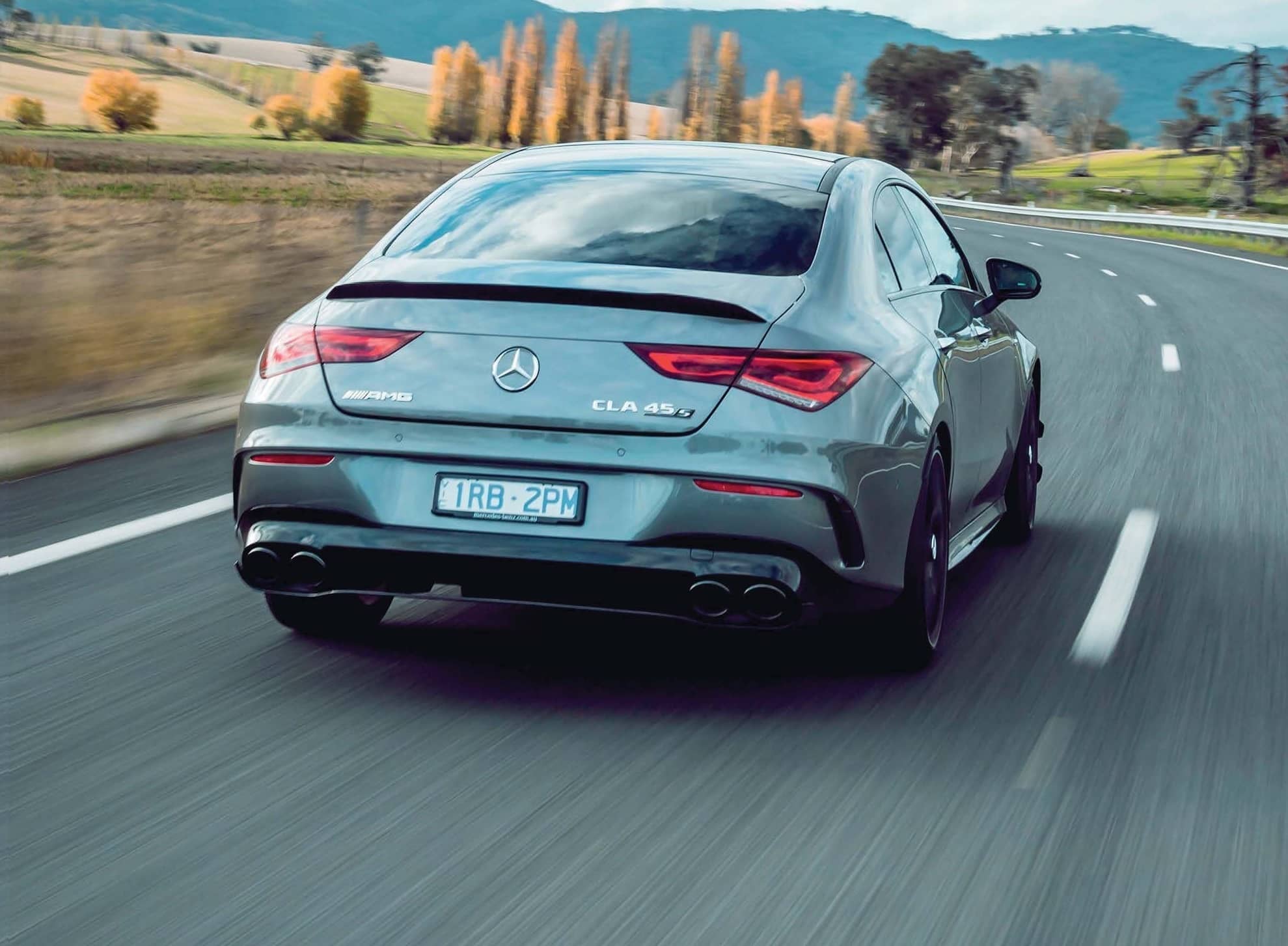