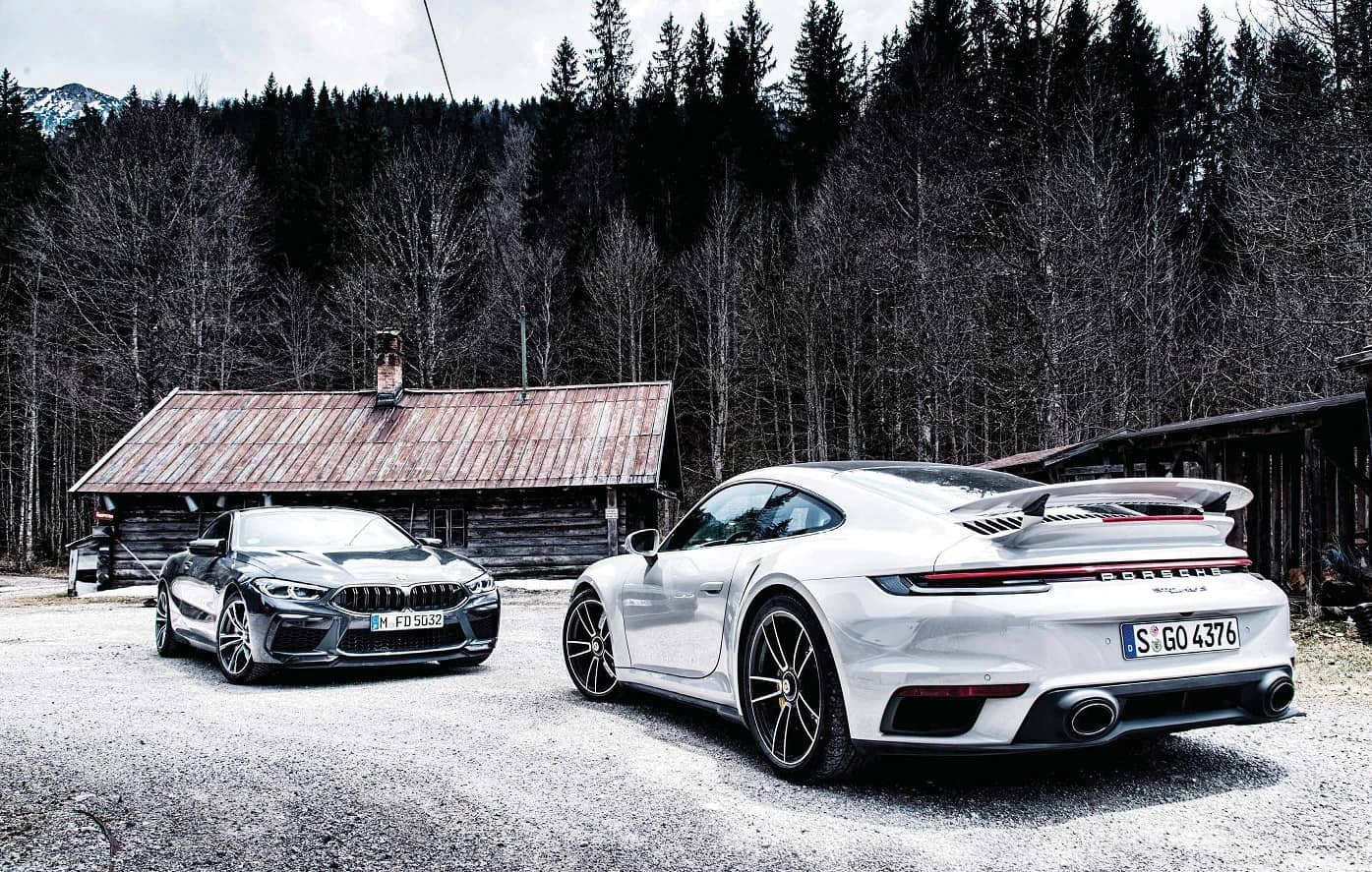 WHAT IS THE FUNDAMENTAL difference between a sports car and a grand tourer? The design, the number of seats, engine location, power and performance are all worthwhile guesses, but incorrect. It is the driving position that differentiates between the former and the latter. In a proper sports car, the body-hugging seat must be mounted as close to the road as possible, so that if there were a hole in the floorpan the driver could reach down and touch the tarmac. Hip height is the number one decider when it comes to the intensity of interaction and explains why only a handful of grand tourers handle like sports cars.

The 911 has belonged to the sports car tribe since its arrival on the scene almost 60 years ago. Nevertheless, the Turbo, thanks to all wheel drive and a catalogue of comfort and convenience items, has over time seen the sports car and gran turismo orbits intersect, evolving into an incredibly effortless high-speed autobahn eater. Porsche’s new sports car boss, Frank Walliser, the wiry engineer who fathered the 918 Spyder and the Le Mans-winning 919 Hybrid, is determined to make future 911s even more focused and driver-oriented, and this includes the 992 Turbo S. “I feel we have steered the 992 Turbo fractionally more in a back-to-the-roots direction,” Walliser told MOTOR. “To do so, even little things helped: stiffer joints, harder rubber bushings, tighter attachment points, modified spring and damper calibrations.” Walliser and his team may have over-achieved, reversing the trend to an extent that a Turbo GTS could be warranted.

In essence, the BMW M8 is a short, nimbler and marginally lighter M5, an evolution of the F12 6 Series. It’s a formidable base, as the M5 is a top-rung performance sedan, but even in Competition guise the M8 is going to have its work cut out in a sports car head-to-head with the 911. Blame physics. The BMW is 332mm longer, 60mm taller and carries an extra 245kg. Its 4.4-litre twin-turbo V8 might have the benefit of an extra 650cc and two cylinders compared to the 911’s 3.8-litre twin-turbo flat-six, but the spec sheet reveals an 18kW/50Nm deficit. Combine the two and the Porsche has less mass and 291kW/tonne to motivate it compared to the M8’s 244kW/ tonne. And it’s for weight reasons the 911, at least, spurns any form of hybridisation – not even a 48-volt mild-hybrid system like that in the Panamera. “The benefits of partial electrification are marginal compared to the complex weight, packaging and cost issues,” explained Walliser. 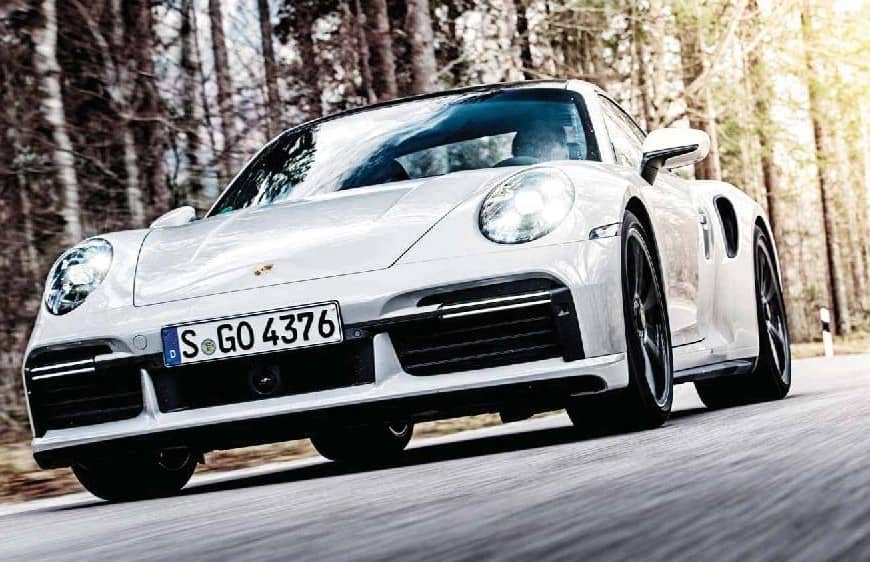 As such, the big Beemer’s best bet at victory appears to be in the providing of crushing day-to-day performance. On the autobahn it excels, displaying commendable poise and composure even through long sweepers at warp speed. The ride is almost cushy, the multi-talented chairs cosseting, stability unwavering and that monster V8 always provides a creamily effortless rate of progress.

Life isn’t as relaxed in the Porsche. Even with the drive selector in Normal, the optional sports suspension provides more road information, thumping over expansion joints and repair patches, the dry-weather focused tyres (255/35 front; 315/30 rear) erode confidence on wet surfaces and carpark manoeuvres are met with judders of protest as the front wheels skip across the tarmac.