All In One Ten 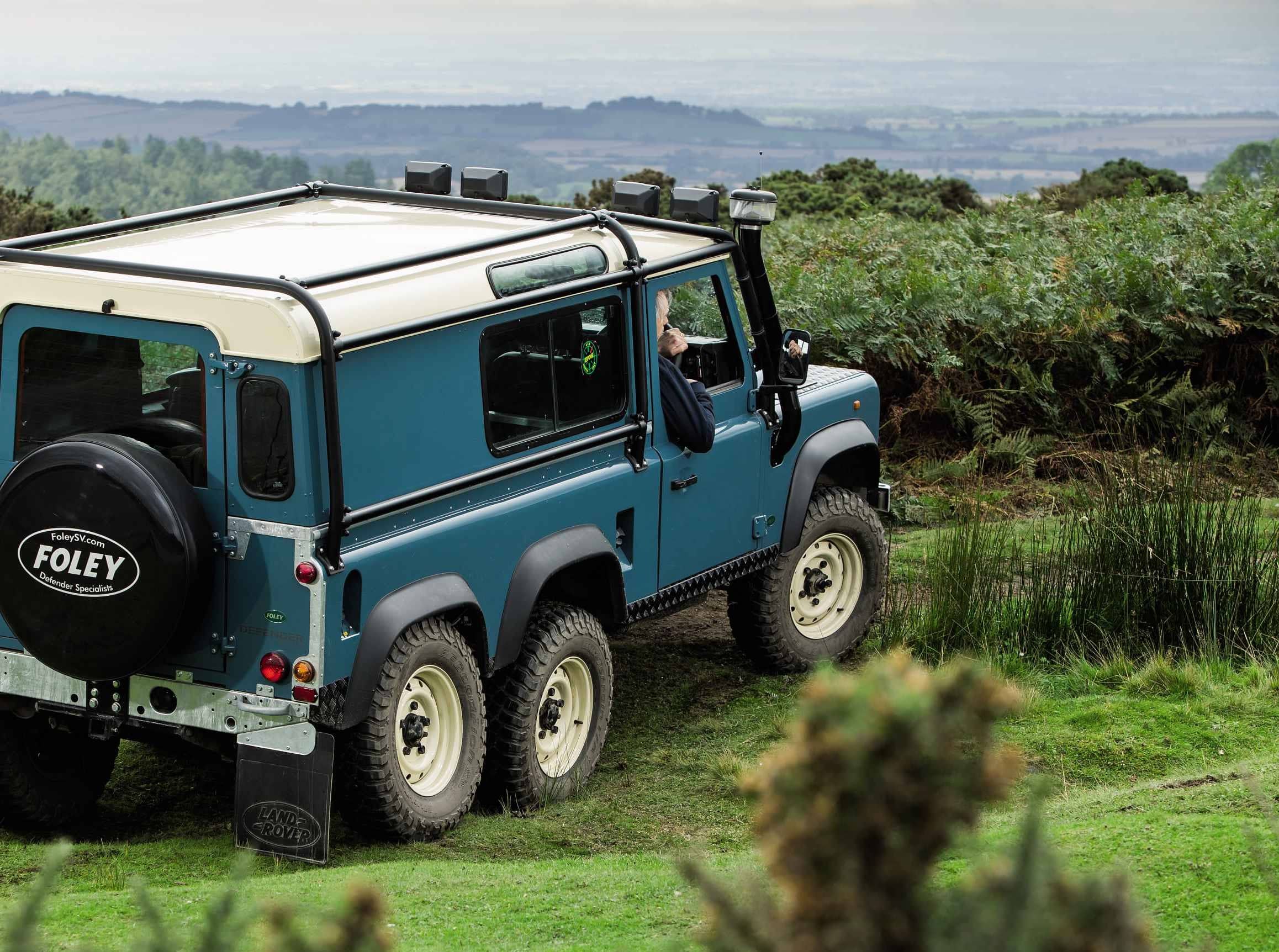 Alisdair Cusick meets René Hoyle, the man who has created every model of Defender in one special vehicle.

SUCH are the options with Land Rovers, that out of the box it can be hard to choose which one best fits. A 90 is the best off-road, easiest to manoeuvre; 110 has the best ride and practicality, but who doesn't love the do-anything ruggedness of a 130? All this is before you think about modifying the top half to further fit your needs.

Solihull even has its own department to cater for such desires: Special Vehicle Operations (SVO). Today SVO are responsible for cars like the RangeRover Sport SVR, but originally they started in Lode Lane, doing off-menu modifications for customers. They were the factory go-to guys to fit roll cages, chassis extensions, extra axles, box bodies – you name it. They produced the Camel Trophy vehicles each year, once made an amphibious 90 for Cowes Week and created the World’s longest Land Rover in 1991 (a 170 inch wheelbase 6x6 with a 3.5 V8). You name it, the boys in Block 35 did it, or could do it.

But when choosing your Defender, what if you could have the best of everything: the manoeuvrability and off-road ability of a 90, but with a 130 wheelbase, and the length of a 110? You’d need a genius to design such a car.

Well, believe it or not there is a man who did just that. His name is Dr René A S Hoyle (CEng CSci FIMMM MICorr) and this is his creation. You may realise from his letterhead that he is indeed intelligent, but the story gets better, for the everything-in-one nature of the car wasn’t his original plan. No, his original plan was simply to create his perfect 6x6 Defender. If all that wasn’t enough, this amazing Land Rover was conceived by an expert in corrosion. You almost couldn’t make the story up, but it is all true.

Retiring in 2017 from the successful materials analysis business he set up 14 years previously, he debated what to do next and having owned Land Rovers since 1985 and always been fascinated by 6x6s, he decided to build something a little unusual. His daily is an L405 Range Rover SDV8, so this Defender is the polar opposite. “If you look at the modern cars, they are all very much of the same mould and I thought if I'm going to build car it’s got to be different.”

Being into Defenders (having had a few, plus a Series III 109 with a BMC diesel engine), he wondered what he could do with the 110 body. “I’ve seen 90s go off-road and there are advantages. I’ve had problems in a 110 where a 90 would cope, so I thought let’s combine the two.”

I’m imagining more than the back of a napkin was involved, but René came up with the design and contacted Foley Specialist Vehicles in Essex. Well regarded in bespoke Defender work, including many 6x6 conversions, René was heartened to hear their confidence in being able to do anything, but admits they were surprised by his concept.

As you would expect with an expert on materials, engineering and corrosion, René admits his build specification for Foley ran to ‘about four pages’, and included a galvanised chassis and fixings for the structure, 300Tdi engine, R380 gearbox and LT77 transfer box. Body-wise he wanted a two-door, with folding forward-facing seats in the back like a 90, near the driver to enable conversation.