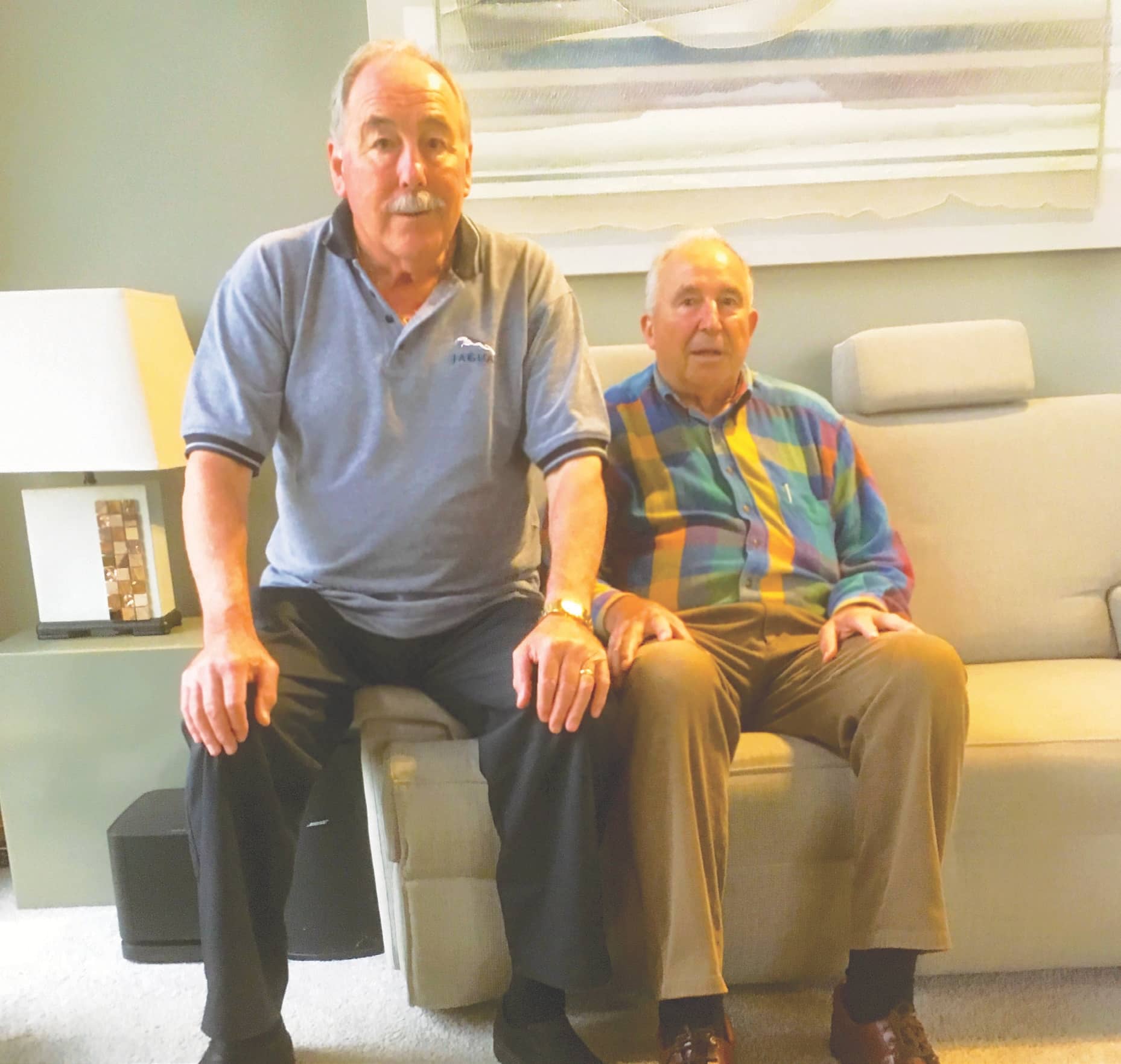 MARK, PETER, PAUL AND DAVID SHORTER ARE THE PROUD LINK WITH THE WORLD'S OLDEST JAGUAR DEALER. THEIR GRANDFATHER FOUNDED SHORTER MOTORS IN AUCKLAND AND SOLD NEW JAGUARS FROM 1938. THEIR FAMILY STORY IS MONUMENTAL.

BERT SHORTER WAS AN EXTRAORDINARY MAN OF ACTION whose name lives on strongly through his personal achievements, long Jaguar association, his children, grandchildren and great-grandchildren. His commercial link with Jaguar sales is now the oldest continuous official retail association in the world. '

Archibald and Shorter' is the combination of two outstanding Jaguar families who each controlled all of the marque’s sales in the South and North Islands of New Zealand respectively. 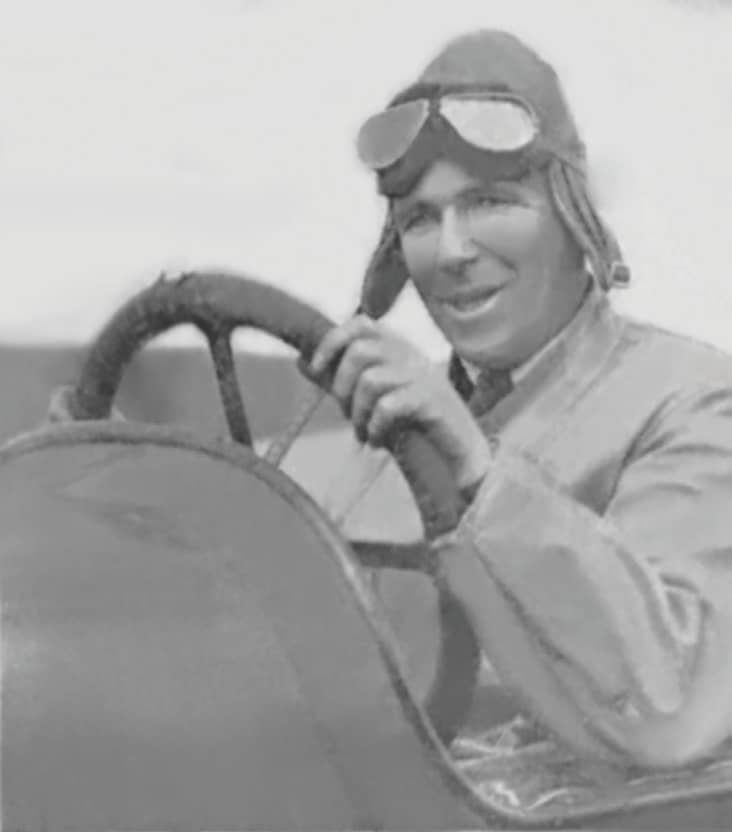 The former, founded by their father Alex in 1918, and followed up by sons Ray and Ian Archibald, was exceptionally good at allowing the marque to flourish at the furthermost location of any Jaguar dealer on the globe. Ray was a top Jaguar racer, particularly with his understated Mk2, and he credited much of the Archibald business success to that car and its significant victories.

On the North Island, and in New Zealand’s most populous city Auckland, Albert Victor Ashby Shorter was also a young racer, golfer, tennis player, record-breaking deep-sea fisherman and taxi fleet owner even before 1937 when he was appointed the official distributor for S.S. Cars. His already unlikely success story quickly blossomed into a truly remarkable one. 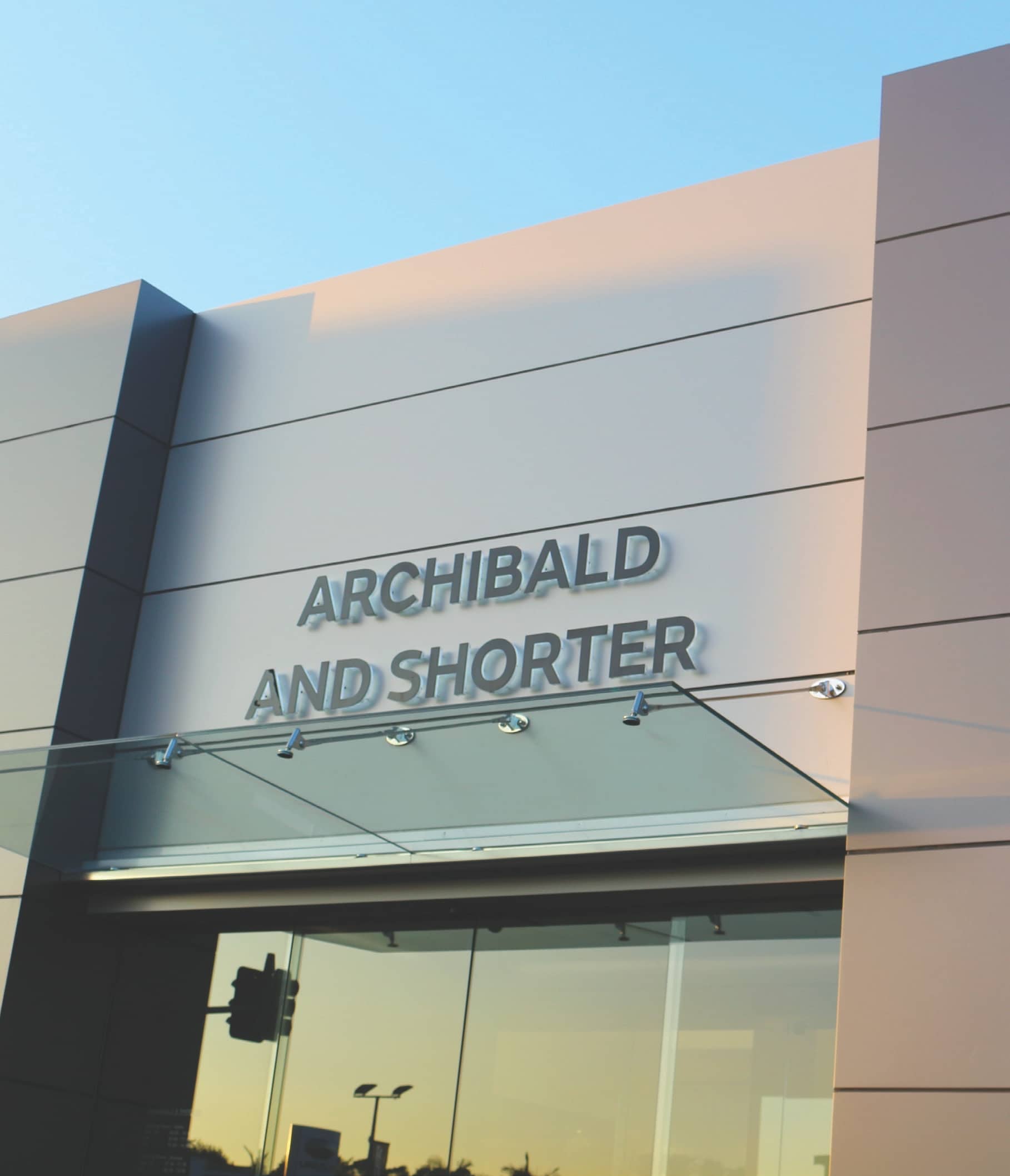 Bert (‘Ashby’ inside the family) could never have dreamed in his too brief lifetime that his surname would live on and be known internationally in Jaguar circles in the year 2020. Historically, his S.S. appointment was a toe-in-the-water exercise by 36-year-old Coventry manufacturer William Lyons. It was his first effort to diverge from Standard Cars which sold his vehicles outside Britain. Lyons had also recently cut ties with his only business partner, William Walmsley, so the association with Bert Shorter was an early indiction of his ambitions for a prosperous future.

Fortuitously, Bert Shorter was equally driven to make a success of his life so very far from his birthplace in England. His determination and entrepreneurial skills turned out to be a great fit for what would become Jaguar Cars in 1945. 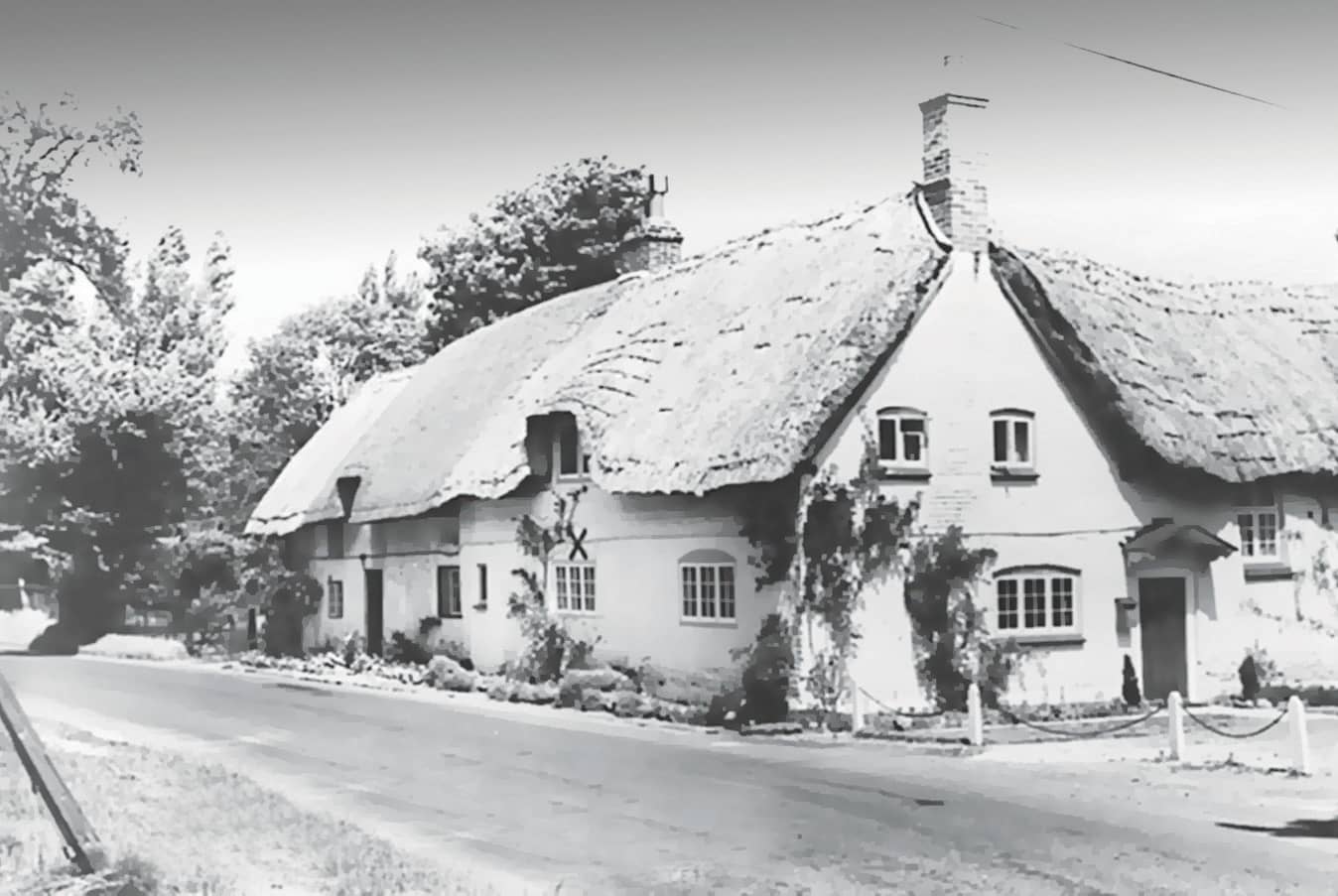 Albert Victor Ashby Shorter entered the world in 1897 in a tiny rural village named Letcombe Regis near Wantage, the historic town where King Alfred The Great was born in 847 ad. Ironically, in the 13th century St Andrew's churchyard in Letcombe Regis, there remains a seven feet tall memorial to 19 year old Maori chief, George King Hipango, who died of tuberculosis at the vicarage whilst training to be a Christian missionary. Perhaps the Shorter's awareness of the New Zealander in their church grounds encouraged them to emigrate? They were a typical and struggling farm labouring family in that same village from at least 1597, and Shorter ancestors remain in and around Wantage today.

The family sailed to Auckland in 1913, where Albert was about to break the family's English labouring ways. He landed with his parents and younger brothers John aged 15 and Joseph who was just five. Joseph would become a sailor who married in Auckland and lived his life in Sydney, Australia. He too would succeed in business, and lived in the high profile harbourside suburbs of Rose Bay and Double Bay. When his Auckland-born wife died three years after their marriage her body was returned and buried back in her home city. 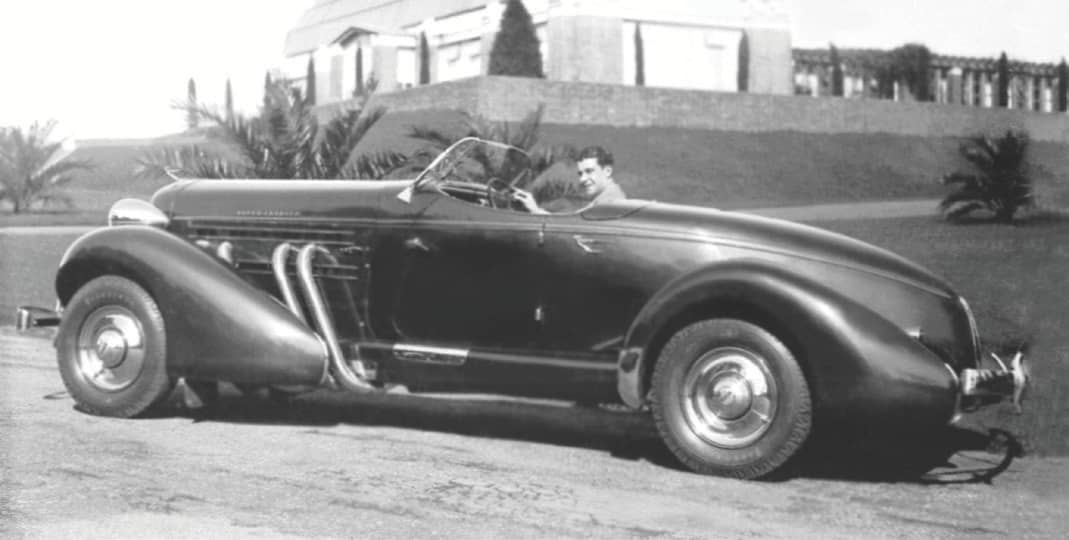 Ashby first demonstrated his decisive nature when, in 1915 and only 17 years of age, he married local Kate Breen. He purchased a taxi licence which allowed him to operate from the popular stand in Customs Street, Auckland city.

In 1918 they had their first child, son Eric, and Bert had immediate success with his taxi, taking great personal care of customers and arranging the best regular fares for them. He grew his business to found the White Taxi company, renowned for its chauffeur liveried drivers and immaculate cars. He soon owned more than fifteen cars, and added ten new Essex cars in one acquisition - two expressly prepared for chauffeur work and painted black. 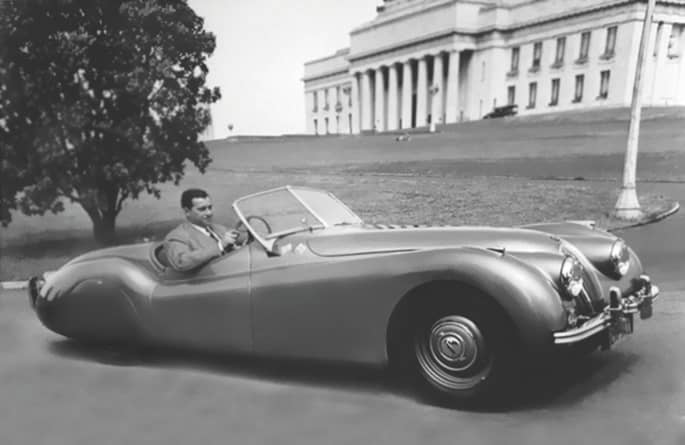 He was exceptionally sporting by nature, and took up motor racing primarily on the famous sands of Muriwai Beach north east of Auckland city. That place would become the learning grounds for young Bruce McLaren. Bert was rated one of the sixteen most popular racing drivers in New Zealand, and owned a number of racing machines including an Essex, and the famous American Miller once owned by British Count Louis Zborowski of Chitty Chitty Bang Bang fame. Millers won five Indy 500s, and never placed less than six cars in the top ten. From 1926 to 1929 between 71% to 85% of the starting field were Millers. Bert was not one to shy away from an expensive business challenge - and his wide profile from racing was part of his business strategy. He had most of his successes with Essex and was a regular winner. 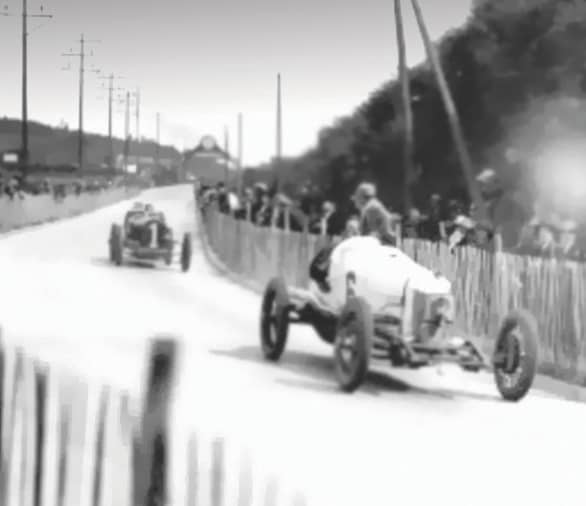 Unexpectedly, his father Henry died in 1945 aged only 59, having been a horse groomer in England. His death at such a young age was to be repeated within the family.

Bert operated Shorter's Rental Cars and White Taxi business from a large property on the edge of the Auckland CBD close to his home in Parnell. He added more Essex Super Six rental cars, something not tried on a business scale except for one company in Shortland Street. That street remains at the centre of the Auckland CBD. Bert bought out his opposition in the early 1930s and gained the freehold for its three adjoining buildings. They became the gigantic and distinctive hub of his many enterprises including sales of new Morris cars as early as 1934. 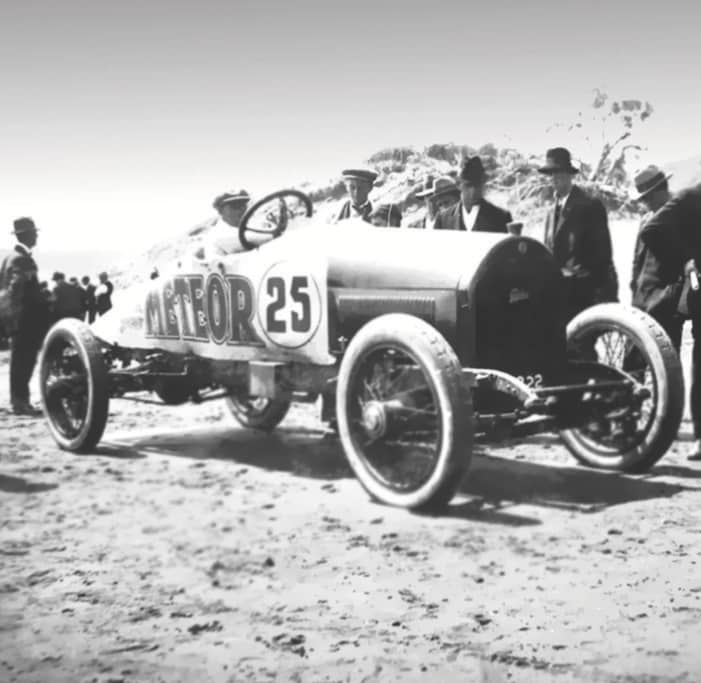