AGAINST ALL ODDS ARCHIE 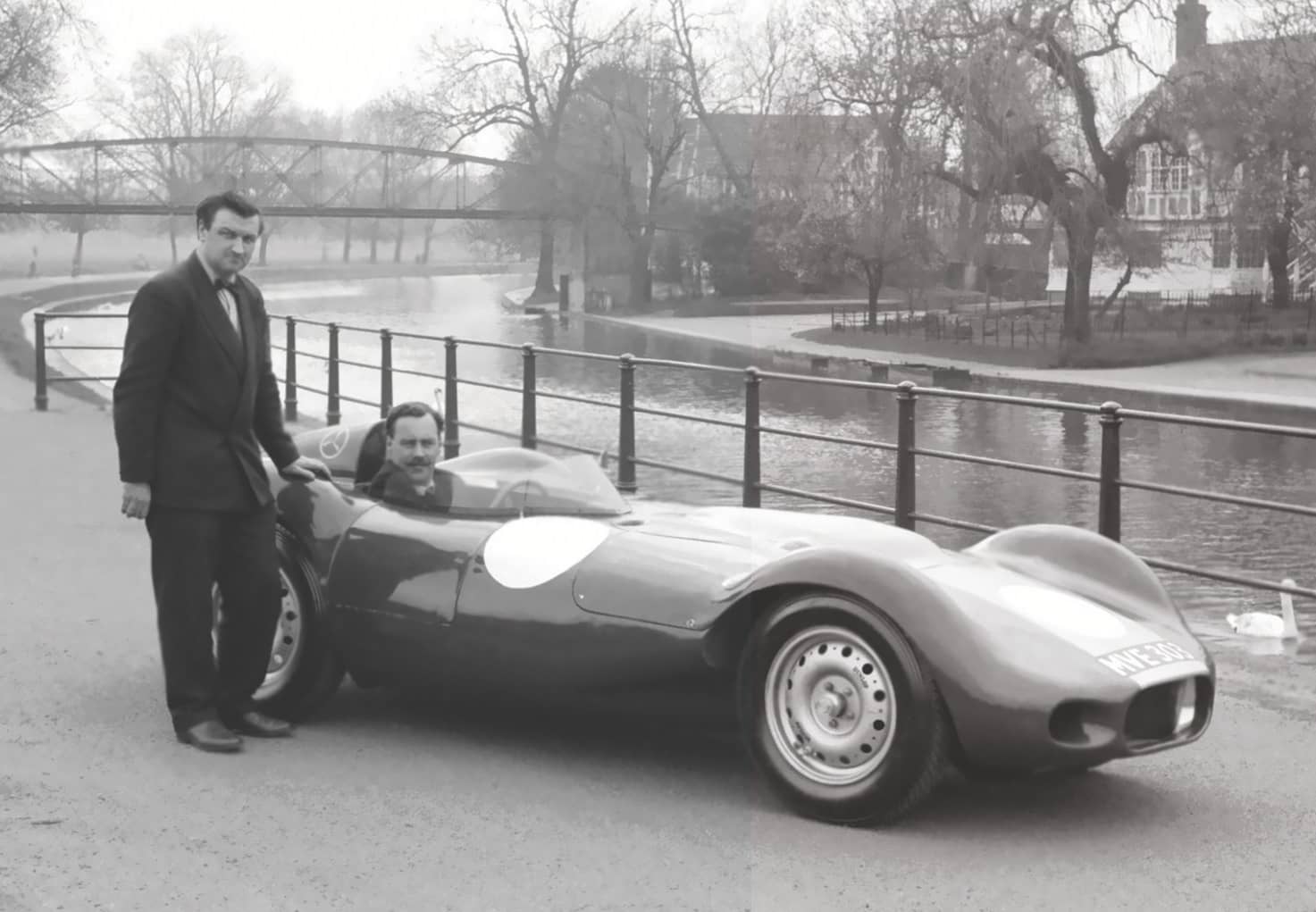 CHARISMATIC SCOTTISH-BORN DRIVER ARCHIE SCOTT BROWN WAS BORN WITH PHYSICAL DEFORMITIES WHICH DID NOTHING TO HINDER HIS BRILLIANCE BEHIND THE WHEEL NOR WITH HIS FANS.

JAGUAR AND ECURIE ECOSSE RACE ENGINEER RON GAUDION SUGGESTED we feature Lister team lead driver Archie Scott Brown. Ron worked with Archie when he drove the Ecurie Ecosse Le Mans winning D-Type XKD606 in the 1956 Swedish Grand Prix. Archie made such a strong and positive impression on Ron that he treasures their time together, and marvels still at Archie’s amazing abilities and happy disposition. All that in the face of severe physical deformities he was born with. They were the result of his mother contracting Rubella while pregnant. He was her only child.Archie was born in Paisley, Scotland, on May 13, 1927 and named William Archibald Scott Brown after his father who had been an Alvis works driver. His mother, Jeay, had twice raced at Brooklands. It was an ideal background for a future racing driver except for the fact that Archie was born deformed.

He had the trunk of a tall, well-developed man, but his legs were extraordinarily short and his feet deformed causing him to wear special shoes. He stood no more than five feet tall and his right arm stopped just below the elbow with a tiny thumb and palm.

When Archie was seven he ran his pedal car into a gate post, so it was taken away by his father and returned with a 125cc Villiers engine and three-speed gearbox! 1950 saw Archie living in Cambridge and working as a sales rep for Dobie’s 4-Square Tobacco. He had immense charm, and because he was apparently unconcerned about his appearance, nobody else was bothered. People remarked: “We met and shook hands. It was only afterwards I realised we’d shaken with our left hands. Archie made the first move to spare me any embarrassment.” He affected not to be concerned about his job, but of course, Archie was nothing if not competitive. 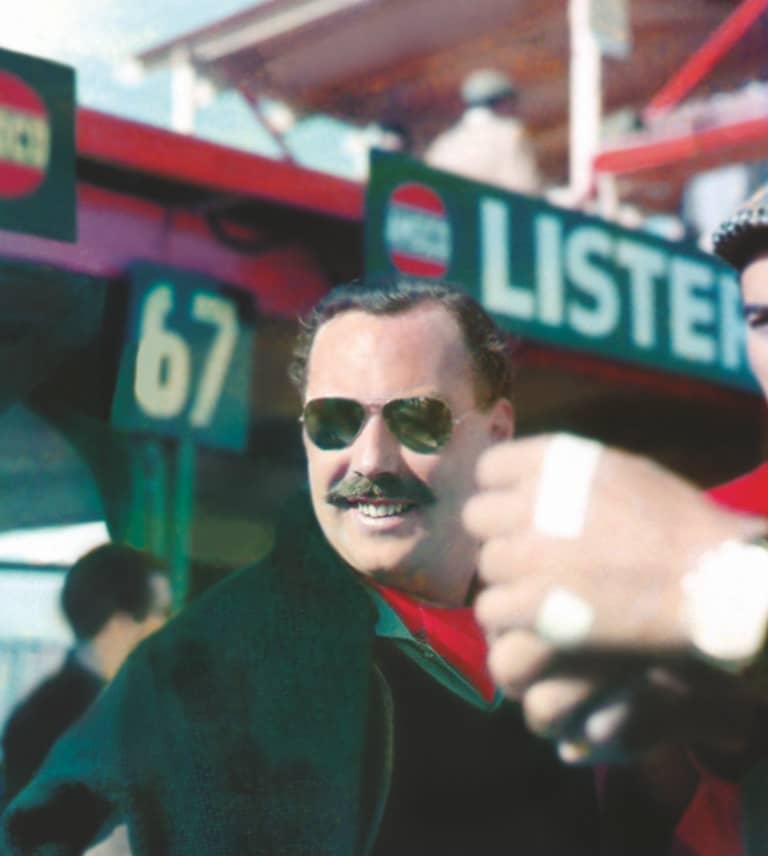 He was able to play tennis, soccer, golf and billiards (very well). He fenced for his school, and turned out for St Andrews University as a left-arm bowler. He was deformed, not handicapped or disabled. Ron Gaudion recalls he had astonishingly good balance, and added with a cheeky grin - he was extremely popular with the ladies too!

Everyone who ever worked on his cars confirmed that Archie was exceptionally gentle, even though as diagrams he once drew to explain his lines around Goodwood and Silverstone show, he was out of line for almost the lap. “When we used to hang out the ‘slow' sign", said Lister engineer Don Moore, “Archie would ease off, become more smooth, and his lap speeds would actually increase.” Brian Lister added: “He simply loved driving sideways and putting on a show.”

Archie’s heart must have been broken by the Silverstone stewards decision to ban him. He did not, however, show his disappointment, and having committed to the Lister cause, he pointed Brian Lister in the direction of Jack Sears. Earl Howe had seen Archie, was impressed and as surprised as anyone to learn of the man’s deformities. Sears was doing well too in the Lister, before Archie’s licence and drive were restored. 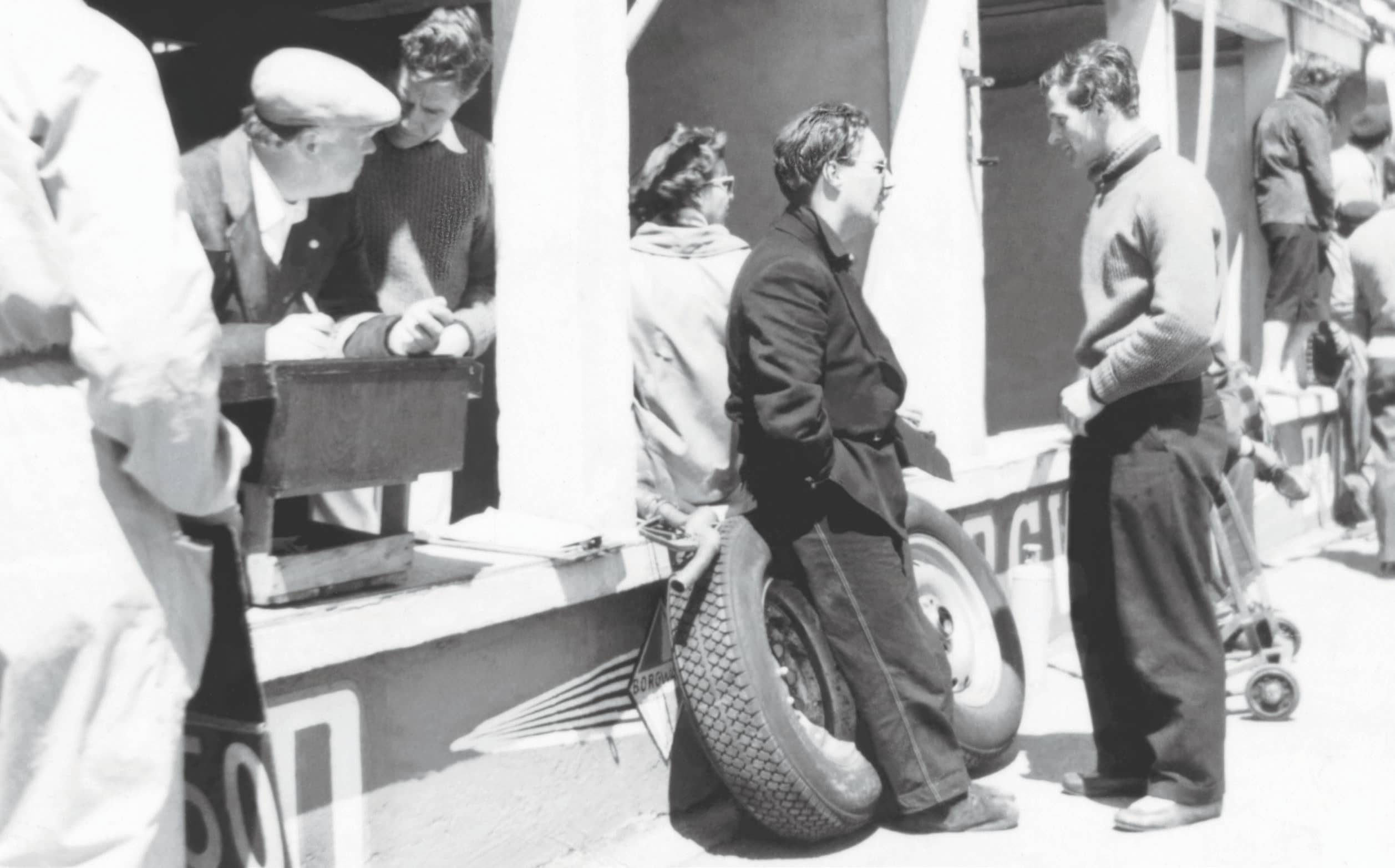