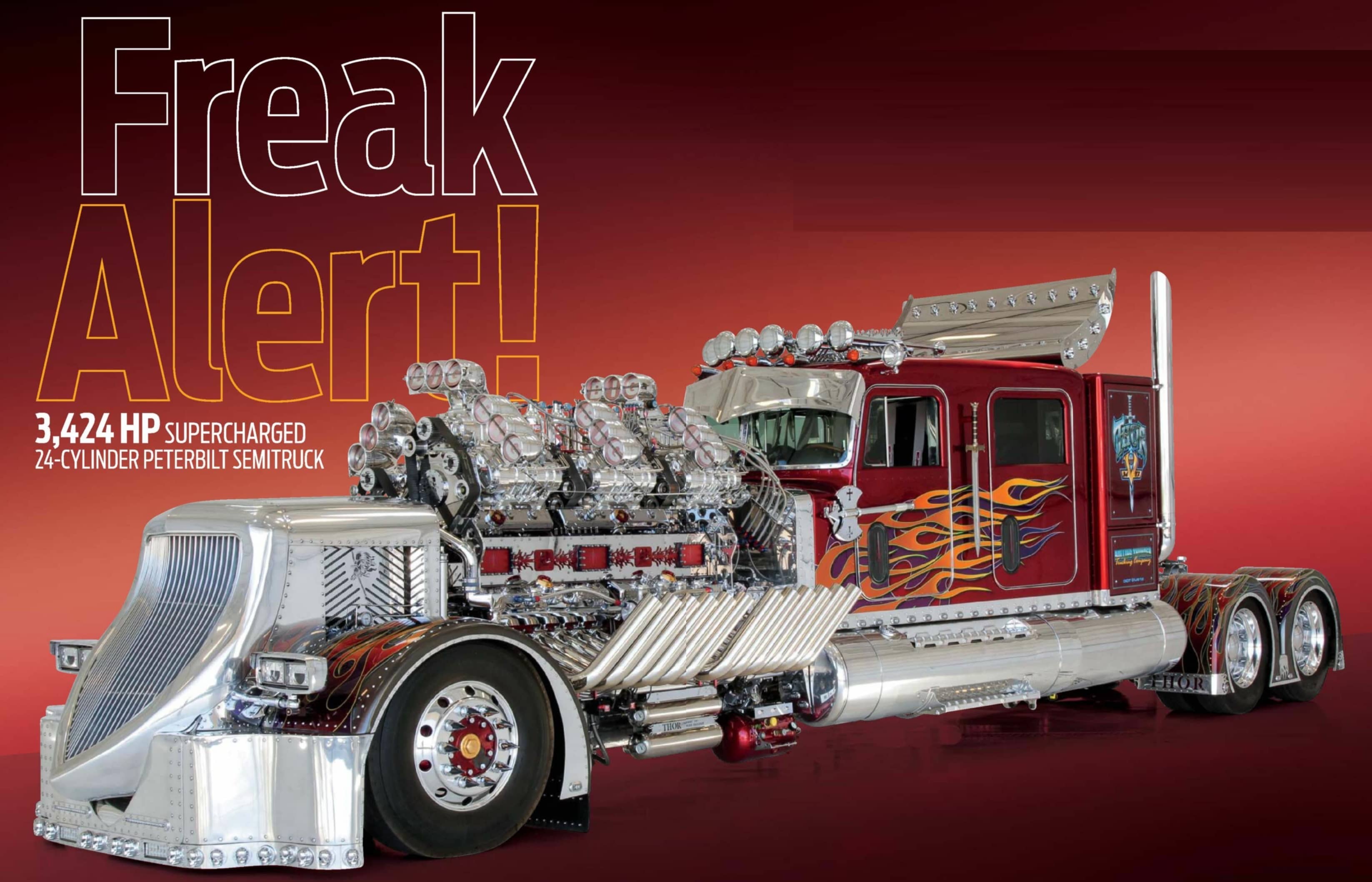 If you thought the Transformers were only in the movies, then you’ve never been to Lake Havasu City on the California-Arizona border. The Colorado River cuts through the desert tourist spot, but upon the north end of town, an airport hangar holds what looks like Optimus Prime’s bigger and more bad-ass older brother: Thor24.

Dreamt up by Southern California land developer Mike Harrah, and built over a seven-year period by Mike with Tim Spinks and Paul Abram, the truck has so much going on it’s hard to focus on just one facet. It’s safe to say, however, each one is as equally impressive as the other, right down the line. Big Mike, as he’s called, stands 6 feet, 5 inches and has a larger-than-life personality that is personified in this truck where even the smallest detail has been amplified to 11. Add all those hundreds of wild parts and immensely creative pieces together and you get, well, Thor.

The engines are what you see first and command the majority of your attention. That’s because no one has ever seen twin 12V-71 (24 cylinders total) two-stroke Detroit Diesel engines mated nose-to-nose and topped with eight BDS 8-71 superchargers. The Detroit Diesels have a long and important history in industrial uses as well as in naval vessels, and the 12V-71 come “stock” with twin Roots-type blowers located between the cylinder banks (so Thor has a total of 12 blowers). The build team figured out how to butt the engines together with a splined shaft, giving the dual-engine layout a final displacement of 1,704 cubic inches (or 27,923.56cc’s if that’s your inclination).

After constructing a wooden buck to help work out the design of the massive intake manifold, it was eventually remade in thick aluminum plate and then configured to hold the eight superchargers, all driven off a single custom driveshaft that is 103 inches long and weighing some 263 pounds that runs longitudinally inside the manifold’s airbox and above the in-line engines. The top of the manifold is also the base for eight NOS nitrous bottles.