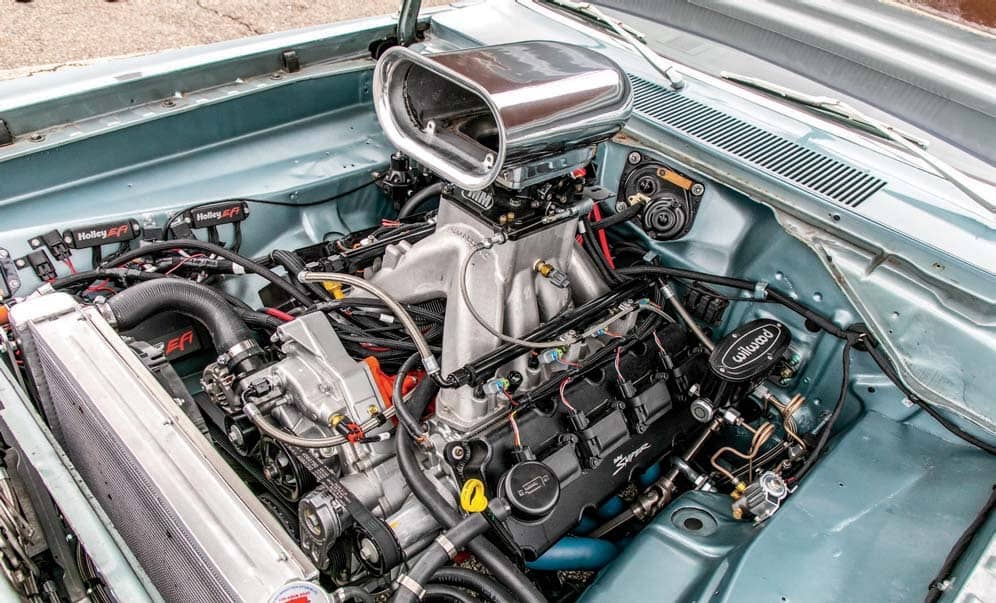 The platform for this build is a standard SRT block that can be sourced from any wrecking yard or online seller. The remainder of the parts carry numbers you can find on the Internet. Nothing exotic, handmade, or unobtainable was used to put this together. It isn’t cheap, but Hemi builds seldom are. As proof of concept, the team at MMX dropped it into a 1971 Dart to compete in the 2019 HOT ROD Drag Week.

Dyno racing is fun, but Dave Weber wanted to put this engine to the test. Digging around his pile of vintage Hemi Chargers and other priceless muscle, he rolled out a 1971 Dodge Dart Swinger he had found at Old Town Automobile, a used car lot six hours away in Maryland. The Dart was stripped and put back together in four weeks with an NHRA-certified cage that connects through the floor to the rear subframe. In what we think was an act of bravery, they left the Dart on leaf springs and CalTracs bars. It’s a small tire combo with a 4.10:1 axle, making it dicey at the top on a 275 Drag Radial. Byron Walker and co-pilot Stephen Dixon took the keys and showed up for Drag Week tech registration at Virginia Motorsports Park and were sorted into the Super Street Big Block NA class because of the suspension modifications. Despite being in a class with eight-second Mustangs, they completed the route with a consistent string of 10.49s at about 130 mph without any major disasters. There was a nine-second pass in there, but switching tracks, driving 900 miles and just trying to think straight was enough of a challenge for a new build. Still, 10s is great when you are breaking everything in. If you think this was easy, try it yourself. 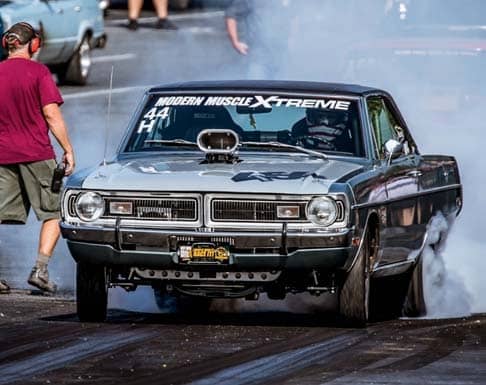 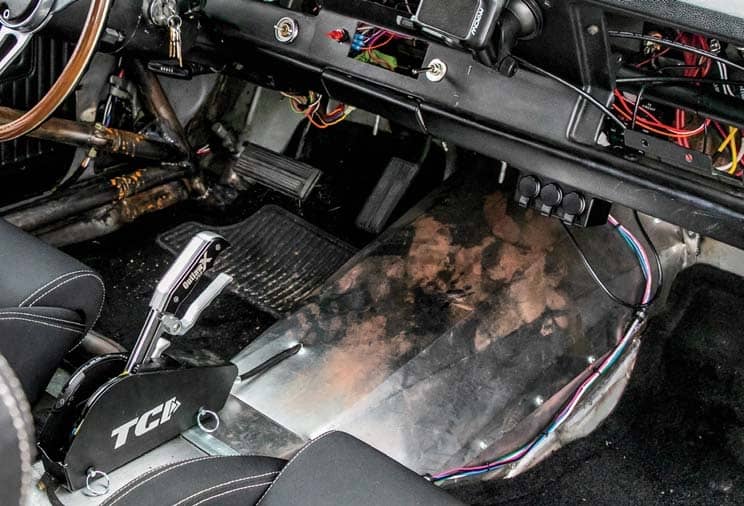